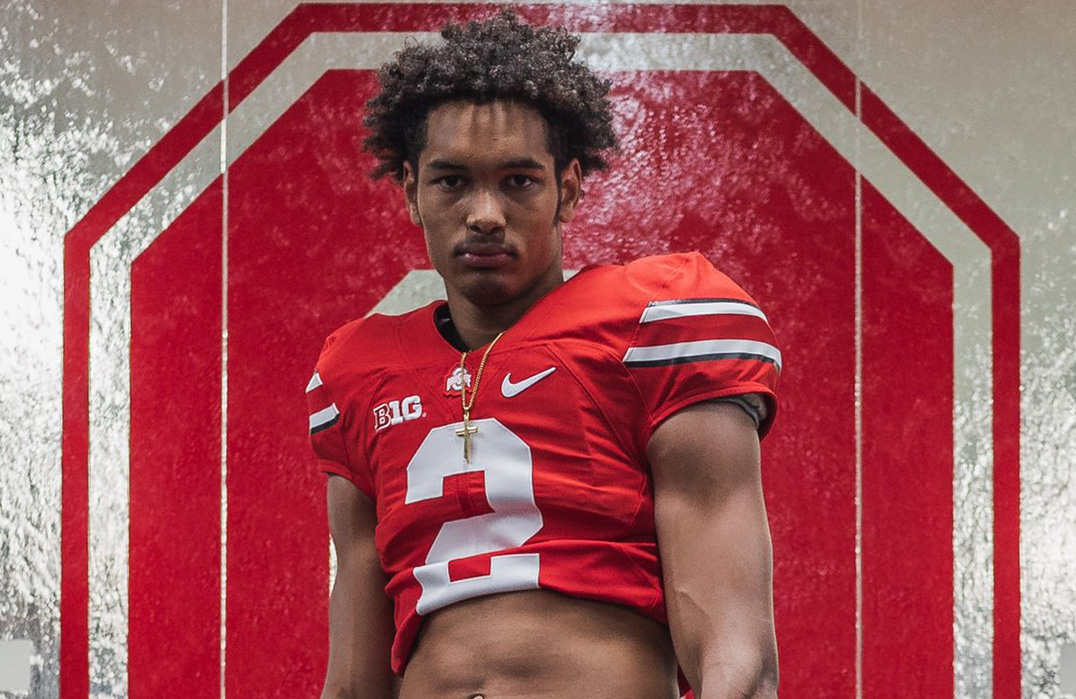 Steilacoom, Wash., five-star wide receiver Emeka Egbuka officially ended his recruitment when he signed with Ohio State during the first day of the Early Signing Period on Wednesday.

The 6-1, 190-pound Egbuka is considered the top-rated wide receiver and No. 9 prospect overall in the class of 2021, as he’s caught 199 passes for 3,907 yards and 61 touchdowns in three seasons at the varsity level. He’s also rushed for four touchdowns and returned five punts, three interceptions and one kickoff for a score and hopes to add to that total when the state of Washington begins its postponed fall season in the spring, though there’s still a chance he forgoes his senior season in order to enroll early.

Egbuka landed an offer from Ohio State in January 2019 and he made his first trip to campus for a spring practice in March, which coincided with the program’s annual Student Appreciation Day. He then returned for an unofficial visit for the Buckeyes’ 38-7 win over Wisconsin that October.

Ohio State was widely considered the favorite in Egbuka’s recruitment from that point on, and he subsequently included the Buckeyes in his top schools alongside Clemson, Oklahoma and Washington with an eye on a summertime decision. The coronavirus pandemic and ongoing recruiting dead period nixed those plans, however.

Egbuka eventually dropped the Tigers from his list of options, which left the Buckeyes battling the Sooners and home-state Huskies for his pledge. And though he’d been been to Washington numerous times, he didn’t want to make a decision until he made his first trip to Oklahoma.

That finally happened earlier this month when Egbuka and his father attended the Sooner’s win over Baylor on Dec. 5. He wasn’t able to meet with coaches or see the facilities due to the aforementioned dead period, but he did spend a considerable amount of time with five-star quarterback commit Caleb Williams.