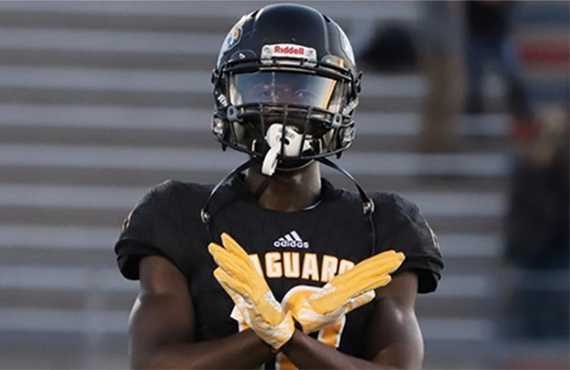 Scottsdale (Ariz.) Saguaro four-star athlete Denzel Burke officially ended his recruitment when he signed with Ohio State during the first day of the Early Signing Period on Wednesday.

The 6-0, 189-pound Burke is considered the eighth-best athlete and No. 192 prospect overall in the class of 2021, though the Buckeyes plan to use him at cornerback at the next level.

Burke — who picked the Buckeyes over finalists Colorado, Oregon, USC and Washington — has never been to Columbus, but has grown extremely close with defensive coordinator Kerry Coombs since he landed an offer from the staff in January. His planned visit in March was cancelled amid the coronavirus pandemic, so he went on a virtual tour of campus and the football facilities with his parents this spring.

That seemingly pushed Ohio State over the top and he committed to the Buckeyes on May 24.