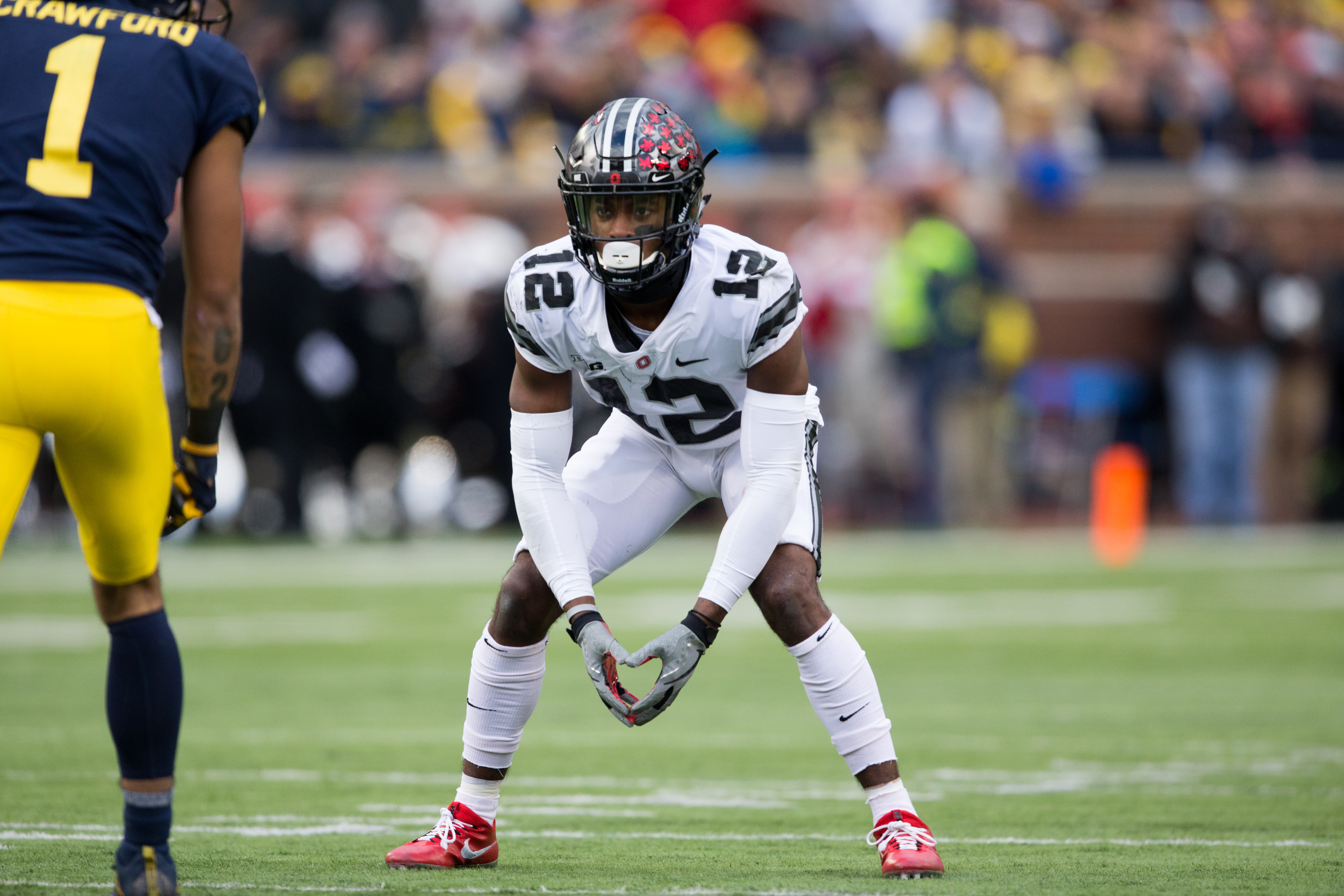 He becomes the fourth Ohio State cornerback taken in the first round of the NFL draft in the last three years, after Marshon Lattimore (11th overall, New Orleans Saints) and Gareon Conley (24th, Oakland Raiders) were selected in 2017 and Eli Apple (10th, New York Giants) in 2016.

No school has ever had four corners taken in the first round of three consecutive drafts.

Electing to forgo his senior season at Ohio State, Ward (5-11, 183) started the first 13 contests of 2017 as a junior before deciding to sit out the Cotton Bowl. He earned consensus All-America honors and first-team All-Big Ten accolades after recording 17 passes defensed with 15 breakups and two interceptions, including one pick in the Big Ten Championship Game win over Wisconsin. The Macedonia, Ohio, native ended his career as a Buckeye playing in 38 games, logging 57 tackles and 26 passes defended, two of which were interceptions.

“It means a lot because growing up, since I was like six years old, it’s been my dream to make it to the National Football League,” Ward said. “It means a lot to me, this weekend. I’ve been looking forward to getting to the day of the draft and seeing what happens.”