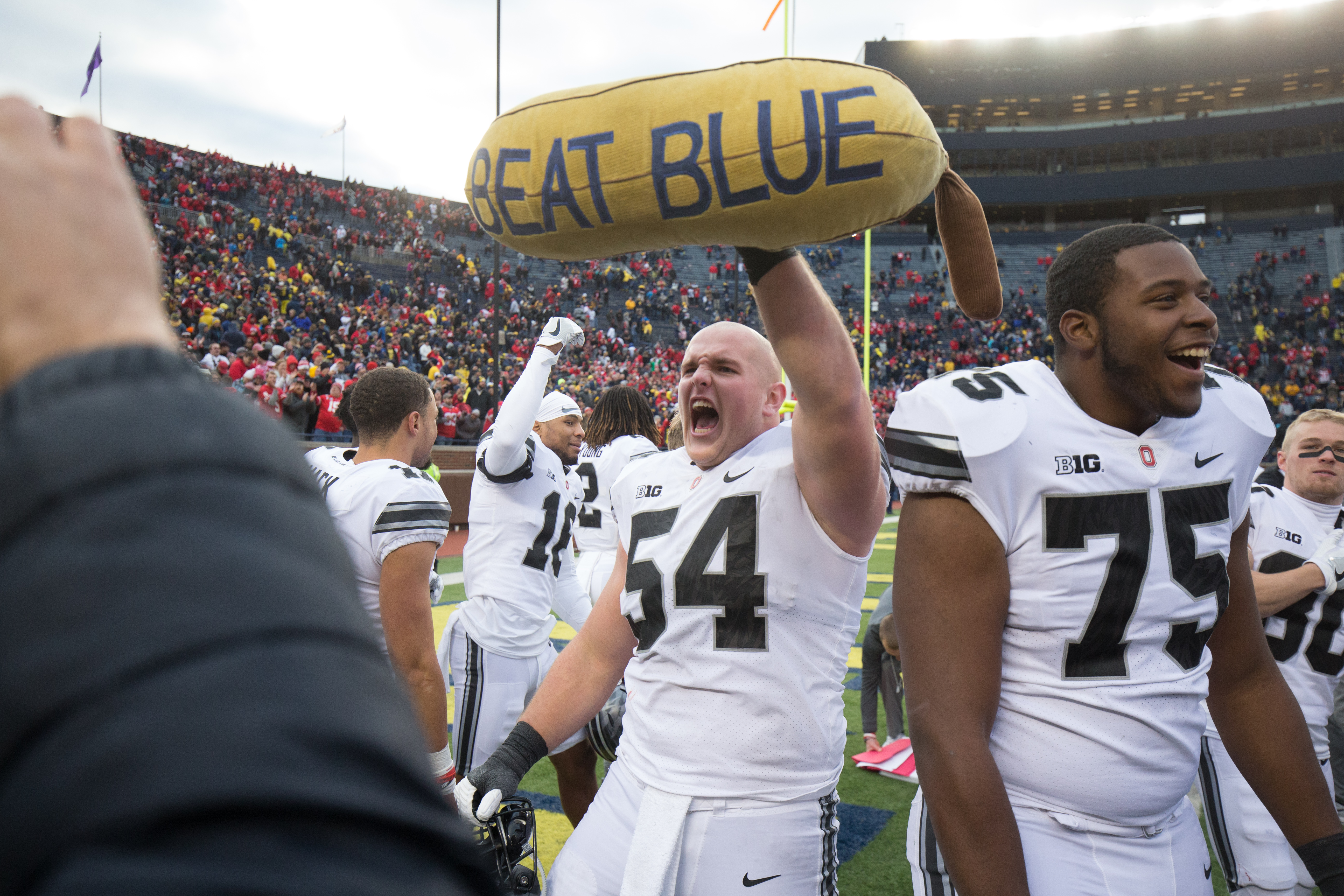 Former Ohio State offensive lineman Billy Price was taken by the Cincinnati Bengals in the first round (21st overall) of the 2018 NFL draft on Thursday night.

Considered to be one of the most decorated offensive linemen in Ohio State history, Price (6-4, 305) received the Rimington Trophy in 2017 as the nation’s outstanding center. That gave OSU back-to-back Rimington winners (Pat Elflein in 2016), marking the first time that has happened in the award’s 18-year history. Price is one of just six Buckeye offensive linemen to win a major national award, joining Jim Parker, John Hicks, Orlando Pace, LeCharles Bentley and Elflein. A two-time All-American, including a unanimous All-American in 2017, Price also was named the 2017 Big Ten Offensive Lineman of the Year.

These honors culminated a five-year career at Ohio State in which Price, a two-time team captain, set the school record for consecutive starts as a Buckeye with 55, topping Luke Fickell’s benchmark of 50 set between 1993-96. Price started all 14 games as a redshirt freshman in 2014 when Ohio State won the inaugural College Football Playoff national championship. He played three years at guard before moving to center for his fifth and final season last fall.

A native of Austintown, Ohio, Price suffered a slight tear in his left pectoral muscle while doing the bench press at the 2018 NFL Scouting Combine in Indianapolis during the first weekend of March. Per his doctor’s letter, obtained by ESPN’s Adam Schefter on Wednesday, Price has “full shoulder motion” and “no deformity.” According to the letter, Price is expected to be ready for training camp in July without restriction.