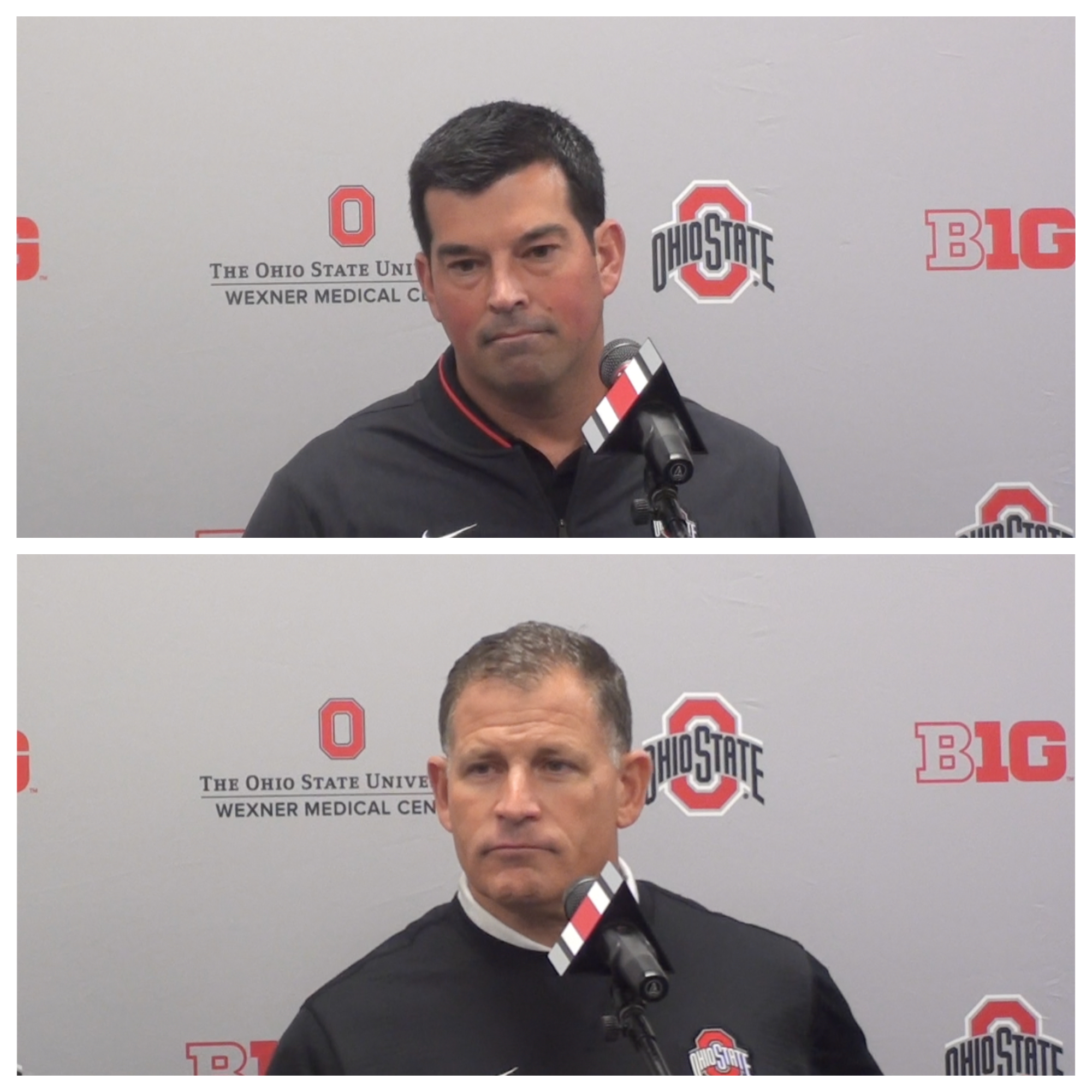 As he serves a three-game suspension without pay, Meyer remains unavailable to the media until at least Sept. 3 when the head coach can return to practice.

In the meantime, acting head coach Ryan Day and defensive coordinator Greg Schiano are the main two staff members handling press responsibilities as they prepare the players and coaches for week one.

Five days away from the season opener against Oregon State on Saturday at noon inside Ohio Stadium, how have the Buckeyes been approaching the Beavers?

Day and Schiano met the media for roughly 30 minutes each in their respective availabilities, providing an abundance of updates on offense and defense.