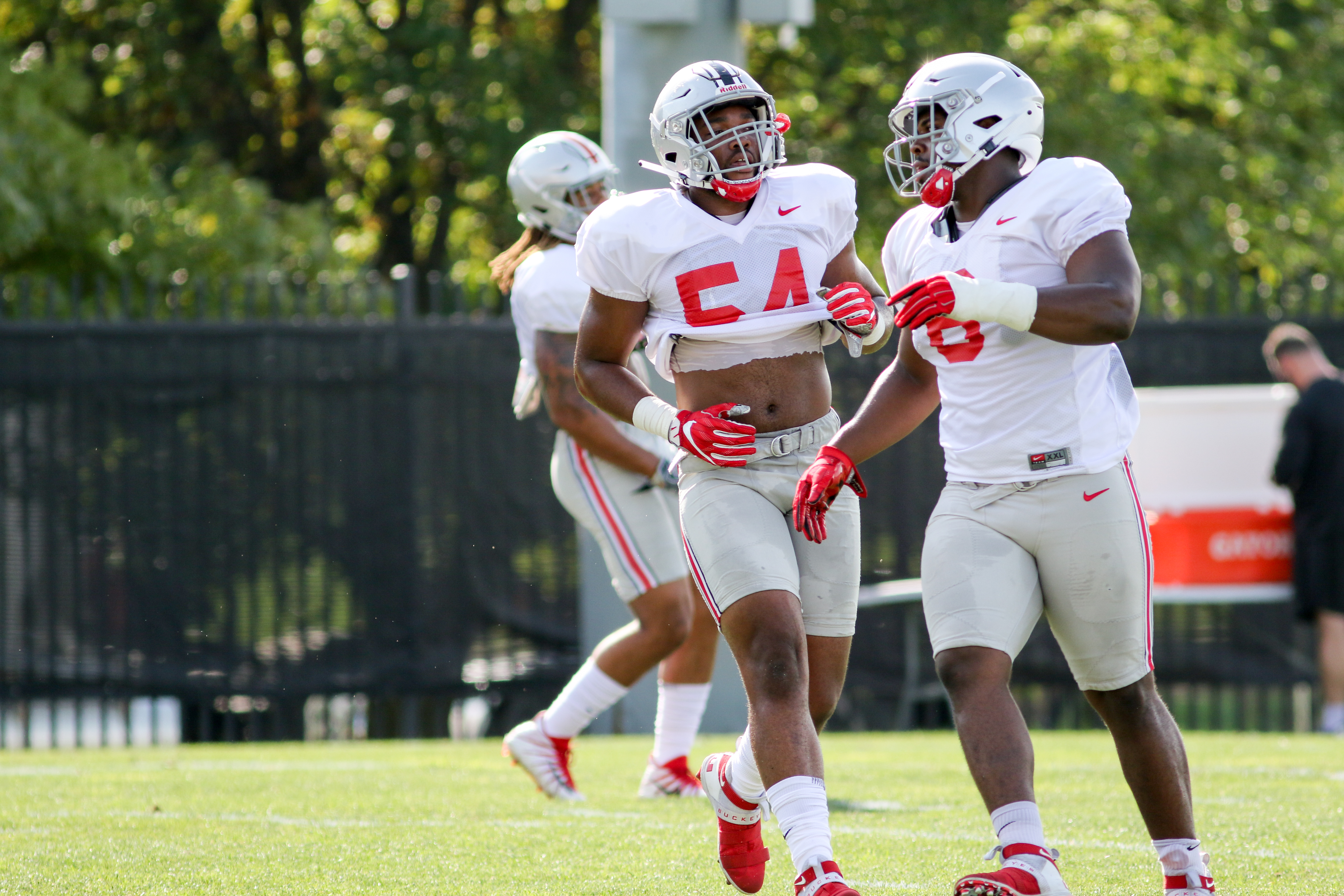 Ahead of Saturday’s noon kickoff on ABC against Oregon State at Ohio Stadium, preparations continued for Ohio State with Monday’s practice, finishing with the three rookies officially joining the Buckeyes.

Ohio State director of player development Ryan Stamper acknowledged both Buckeyes when he addressed the team outside of the Woody Hayes Athletic Center.

“The first guy had his best day as a Buckeye today — his best day,” Stamper said. “Hopefully, he plays as hard … Tyler Friday.”

Friday (6-3, 255) handed off his helmet to junior defensive end Jashon Cornell, who removed the black stripe while the freshman defensive tackle spoke before his teammates and coaches — specifically, defensive line coach Larry Johnson.

“First of all, shout out to my unit,” Friday said. “Shout out to the big bros. Y’all done carried me this whole way. Y’all taught me a lot. Special shout out to Coach J and everybody that helped me through this whole process, and let’s go get this dub — 1-0. Go Bucks.”

Stamper then brought up Banks.

“Next guy, from the great state of Florida, been with us for a year now, B.I.A. (Best in America),” Stamper said, referring to Ohio State’s secondary. “Sevyn Banks, get up here.”

“I appreciate all y’all, man,” Banks said. “I couldn’t do this without y’all, man. First, my unit. Man, shout out to the crib. Next — Coach Johnson … Coach Mick for pushing me, man. Go Bucks.”

Stamper revealed one more before the Buckeyes broke it down.

“Last but not least, this guy’s been busting his butt, man,” Stamper said. “Got to get his weight up. When he do, he’ll be a problem. Javontae Jean-Baptiste.”

“Shout out Coach J,” Jean-Baptiste said. “I see you back there, boy. Shout out to my big bros. Shout out to Coach Mick, Coach Matusz. … Thank all y’all for getting me right and pushing me. That’s it. Go Bucks.”