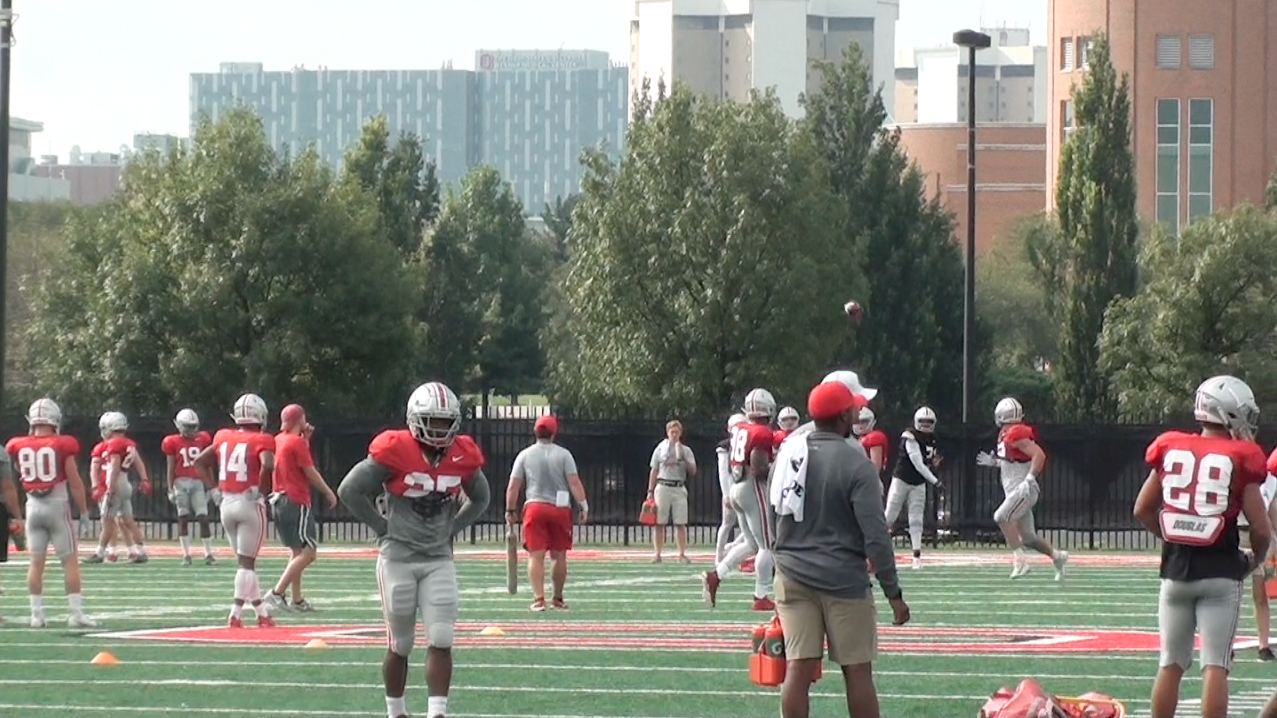 Ohio State opened fall camp to the media Saturday on the outdoor turf fields at the Woody Hayes Athletic Center, where the Buckeyes hosted their final practice before the regular schedule commences.

Two weeks from the season opener Sept. 1 against Oregon State, which kicks off from Ohio Stadium at noon on ABC, how does OSU look as acting head coach Ryan Day remains in charge for now?

Right before the team shifted gears for its second scrimmage, Ohio State got after it on both sides of the ball as the Buckeyes started their 14th day of fall camp with warm-up stretches and three individual periods. In addition to photos and observations, BSB provides a first-hand look at how OSU ran those sessions with videos of various position drills.

Offensive line coach Greg Studrawa brings the juice as the apparent first- and second-team fronts shoot off the line of scrimmage.