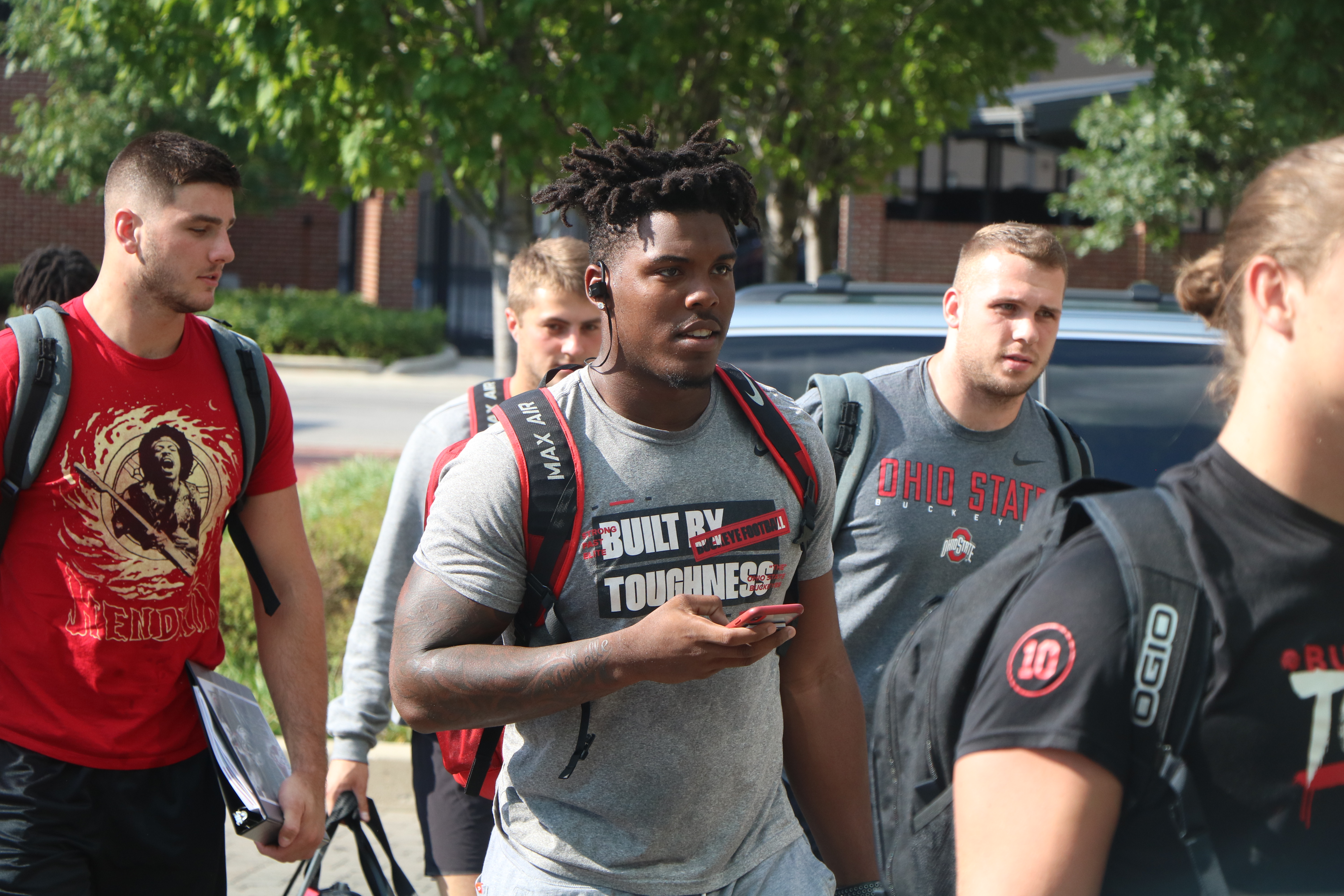 Smith’s mother took to Twitter and broke the news of her son’s accomplishment. OSU’s account also recognized Smith along with Teague and Ruckert when it posted videos of each moment.

As he always does, Director of player development Ryan Stamper individually acknowledged them before they briefly addressed the team.

“First guy finished practice strong, man,” Stamper said. “I think he had like three sacks to end practice. Out of the ‘rushmen,’ Tyreke Smith, get up here.”

“I just want to thank the D-line unit,” the 6-4, 255-pound Smith said. “Everybody in the meeting, all the questions I ask — they are helping me. Coach Johnson … shoot, you helped me, the rest of the coaching staff. Go Bucks.”

Teague was next to go.

“The next guy, we had to see some burst from this guy,” Stamper said. “He had two great days, burst and run hard. Master Teague, get up here.”

Ruckert wrapped it up.

“Last but not least, we wanted to see some toughness from this guy — I think we’ve finally seen it,” Stamper said. “Out of the tight end room, Jeremy Ruckert.”

“Shout out tight end unit,” the 6-5, 240-pound Ruckert said. “Trey, every morning, going over the installs with me. The rest of you guys, trying to make me tougher. Shout out everybody. Go Bucks.”

Smith, Teague and Ruckert make for eight freshmen to have had their black stripes removed during Ohio State’s 14 days of fall camp.

They joined wide receiver Chris Olave, running back Brian Snead, defensive tackle Taron Vincent, linebacker Teradja Mitchell and linebacker Dallas Gant. as the fellow rookies to do so in August.