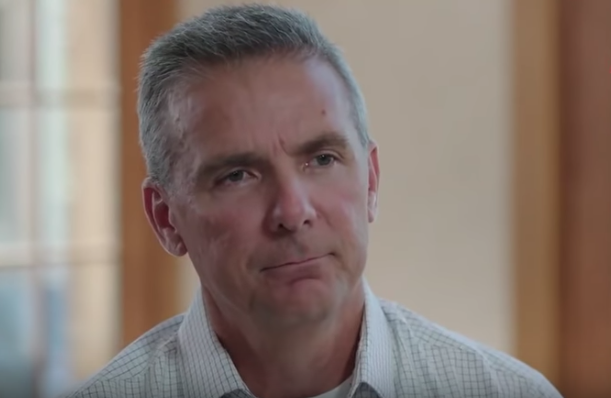 As head football coach Urban Meyer returns from his three-game suspension to Ohio State, he addressed several topics about the allegations of past domestic violence against former Buckeyes wide receivers coach Zach Smith.

In an interview that aired Sunday morning on ESPN, Meyer told Tom Rinaldi that he should have made OSU athletic director Gene Smith aware of Zach Smith’s legal history, which involved domestic abuse alleged by now-ex-wife Courtney Smith.

Meyer said he made a “bad decision” to bring Zach Smith to Ohio State in 2012 and “probably should’ve fired him” sooner than he did.

“I erred when I made a decision to do the best I can to help stabilize that situation,” Meyer said. “And one of the things I look back now — I probably should’ve fired him.”

Meyer explained why he hired Zach Smith in the first place.

“So I wanted to have someone with some familiarity of my offense, Zach seemed like a guy that was doing very well,” Meyer said of why he hired Zach Smith. “And I checked on him, did background checks with the coaches he worked with. It came back very high, very high marks and so I made the decision to hire him at Ohio State.”

Rinaldi asked Meyer what he thought about his choice to hire Zach Smith looking back on it.

Despite the documented report with Zach Smith in 2009, where he was arrested by Gainesville (Fla.) Police after his involvement in an incident with Courtney Smith but ultimately not charged, Meyer was unable to recall why he did not tell Gene Smith when he went ahead and hired Zach Smith.

“I recall I didn’t tell him,” Meyer said. “In hindsight, I should have. Once again, I can’t recall why. It was several years ago. I just can’t tell you exactly what my mind-set was at the time.”

Meyer’s wife, Shelley Meyer, traded text messages in 2015 with Courtney Smith discussing Zach Smith’s actions. Meyer, however, reiterated that he had not seen their past conversation until recently.

“The first time I heard of those texts were just recently in the last month because Shelley did not share those text messages with me.

“If there’s imminent fear, I imagine her responsibility is to alert someone.

“I can’t speak to (imminent fear) because, once again, I don’t know everything that (Shelley Meyer) knew. I don’t. Once again, she shared with me her reasoning and I just — I don’t want to speak on her behalf.

“We talked about (how much it sounded like imminent fear), and she wanted to be as compassionate as possible. And, once again, she has a reasoning for why she didn’t react. And I’m not here to speak for Shelley, but she had a reasoning and her reasoning was what it was. That’s why she did not alert me or just go anywhere else with it.”