Tyleik Williams Looks To Build Off Of Promising Freshman Campaign 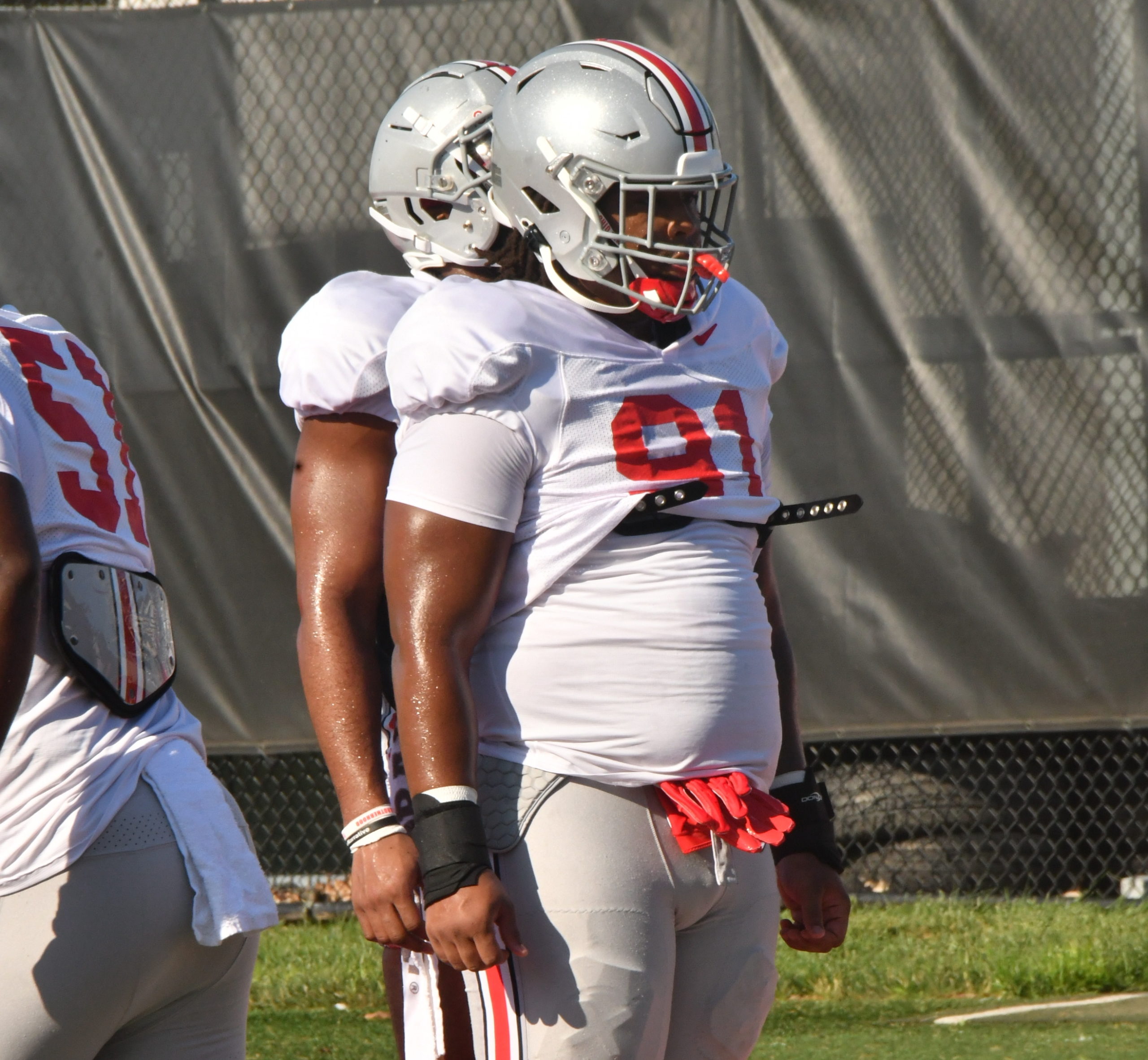 After flashing during his freshman campaign, sophomore defensive tackle Tyleik Williams has reshaped his body and mindset in order to build off of his first season at Ohio State.

The Manassas, Va., native was a key rotational piece for the Buckeyes as a freshman, playing in 12 games in 2021. He recorded 16 tackles while finishing with the second-most tackles for loss and sacks on the team with 6.5 and five, respectively. His play across his first season in the scarlet and gray vaulted him into national recognition, as he landed on ESPN, 247Sports and Pro Football Focus’ Freshman All-American teams and garnered an All-Big Ten honorable mention nod.

Now weighing 45 pounds lighter and boosted by meaningful playing experience from last season, Williams is eyeing an increased role in 2022.

“I just want to do better than last year,” Williams said on Tuesday. “I want to get on the field more, show what I can do and prove people wrong.”

In order to reach his goals of increasing his playing time and becoming more well-rounded at defensive tackle, Williams acknowledged his need to improve his body prior to his sophomore season.

“Last year, I struggled in the run a little bit. I was out of breath, out of shape,” Williams said. “This year, coach [Mickey Marotti] is getting us all right. Coach [Larry Johnson] is getting me right on the run fits. I’m doing well.”

As Williams burst onto the scene as an adept pass rusher from the interior, defensive line coach Larry Johnson pointed to a need to build strength in order to pick up that run-stuffing ability that was missing from his arsenal last season.

“As a baby coming in, you have one skill. He had a skill to rush the passer. Now, the other skill he has to develop is the ability to stop the run. And that starts in the weight room,” Johnson said. “That is the progression he’s making right now, to get strong enough so he can be a two-down or three-down player.”

Although Williams created opportunities for himself last season, he will once again be tasked with carving out a role in a unit headlined by seasoned veterans and talented young guys. Graduates Taron Vincent and Jerron Cage, junior Ty Hamilton and sophomore Mike Hall Jr. are all vying for playing time alongside Williams.

With a stockpile of talent at defensive tackle, defensive line coach Larry Johnson is known for his tendency to rotate players, in order to have fresh legs throughout the game. It’s a strategy that Williams has embraced in his short time at Ohio State.

“We definitely want to stay warm but guys have to stay fresh. [Johnson] speaks to that all the time, he wants guys playing fast, he doesn’t want you fatigued,” Williams said.

While Williams will undoubtedly crack the Buckeyes’ defensive tackle rotation, it is still uncertain whether he will start or if he will lead the unit in snaps in games.

Regardless of whether he’s in line to start or not, Williams says he feels like a new player after his transformational offseason in Columbus.

“I think I’m definitely playing way faster than I did last year,” Williams said. “Last year, I was just thinking too much.”