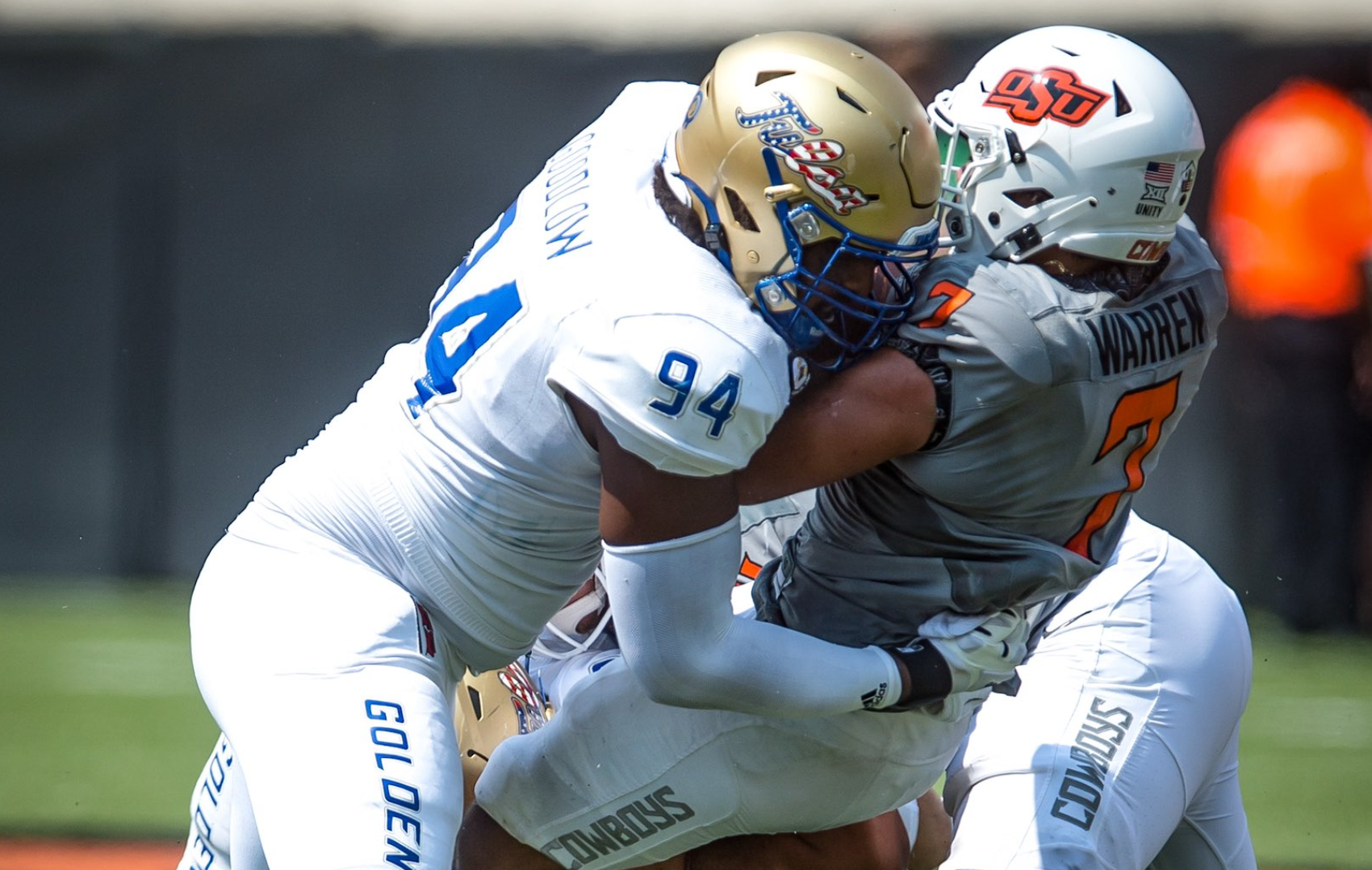 The loss has led to questions surrounding the Buckeyes, specifically on defense, as they head into another home non-conference matchup, this time against Tulsa. The Golden Hurricanes are winless through two games, but have lost close to both UC Davis (19-17) and Oklahoma State (28-23), the latter of which received 27 votes in the most recent Associated Press Top 25 poll.

Playing close games is what Tulsa has been known for these past two seasons. In 11 games between 2020 and 2021, only two of Tulsa’s games have finished with a double-digit margin of victory, and both of those were Tulsa wins. The other nine games were decided by nine points or less.

BSB spoke to Kelly Hines of Tulsa World to find out what the keys to the matchup are, both for Ohio State and for the Golden Hurricanes, as well as if Tulsa has a true chance to keep this one interesting as it has so many times before.

What improvements did you see between Tulsa’s first two games despite the team’s 0-2 record?

“Offensively, I thought quarterback Davis Brin settled more into his role as a first-year starter and looked like what he’s shown in practice — a guy who can run the offense, throw on-the-mark passes and make plays with his legs if needed. Defensively, Tulsa was close to full strength after having quite a few players suspended for the opener, so it was a much more cohesive effort than the previous week.”

Are there key areas of both strengths and weaknesses that have been clear to this point?

“The Hurricane’s strength is going to be its defense and in particular the defensive line. With Tulsa using a 3-3-5 alignment, those guys are dealing with double teams but still being disruptive. The biggest struggle so far has been getting the offense to become consistent. Part of the struggle last week was because Oklahoma State’s run defense is exceptional, but that could be a recurring issue for Tulsa.”

Do you think that Tulsa will be able to exploit what has been a lackluster Ohio State defense through two games?

“It’s hard to say because Ohio State is supremely talented and that much talent can make up for being slightly vulnerable. The biggest keys for Tulsa’s offense are going to be avoiding turnovers and avoiding penalties, particularly of the pre-snap variety. It’s been problematic in the past, and you can’t get anything going on the road against a top-10 team while shooting yourself in the foot.”

Who will be the key players if Tulsa were to keep this game close and try to make the upset happen and why?

“On offense, running back Deneric Prince is emerging as a featured weapon who can deliver big plays on the ground and also catch passes out of the backfield with ease. If anyone on this team can burn Ohio State’s defense, it might be him. Defensively, Jaxon Player is the anchor of the defensive line and someone who has had success against Power Five teams in his career. He played really well last week.”

How do you predict this game will go, either with a score prediction or just how the game will be played out throughout its runtime?

“I think Ohio State wins by at least three touchdowns, although there might be some good moments for Tulsa that would give the Hurricane something to build on moving forward. The Hurricane secondary is a concern especially with safety Kendarin Ray out in the first half and the corners still coming along, so it could be a long day if the Buckeyes catch fire through the air.”