BSB Staff Sees Buckeyes Back To Winning Ways Against Tulsa 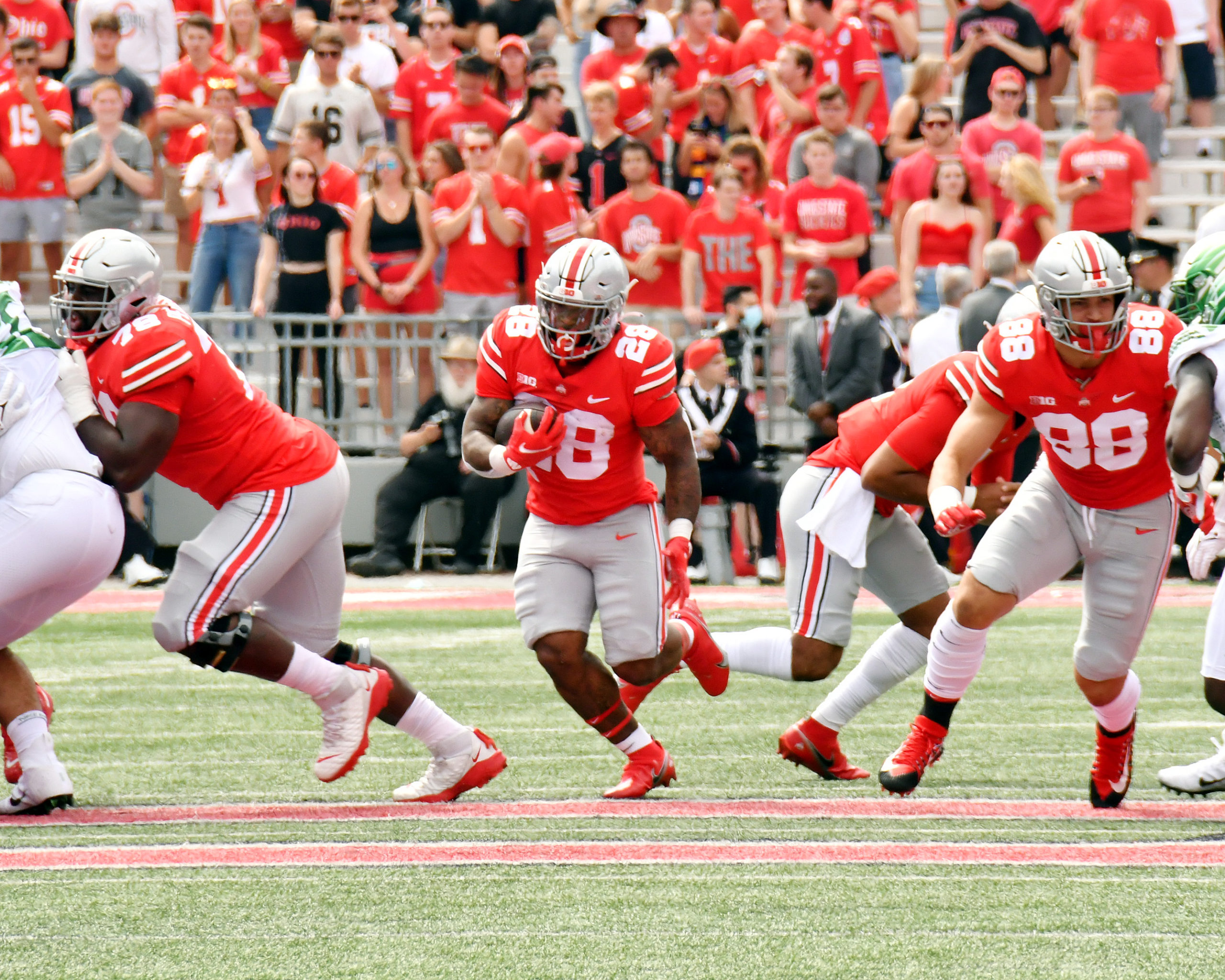 Ohio State dealt with a lot of “firsts” against Oregon.

The Buckeyes lost their first game to the Ducks in the all-time series. Ryan Day lost his first regular-season game as head coach. Ohio State lost its first game on Sept. 11 in program history.

Against Tulsa, Ohio State will deal with more “firsts.” Day suggested that the coaching staff might set up differently against the Golden Hurricanes. Defensive coordinator Kerry Coombs usually calls games from the field; however, it seems like he might make a move to the press box, changing spots with defensive backs coach Matt Barnes.

Day also mentioned that the defense would call on fewer players against Tulsa. After 26 players received snaps against Oregon, the third-year head coach wants to shrink the rotation, specifically at linebacker.

What does all this mean for the Buckeyes? I’m not sure. Nobody does, and if they say they do, they don’t. During this week’s media availabilities, Day said he was looking into making changes on the Ohio State defense. Still, he didn’t reveal what those changes might be and how they would affect his team’s preparation.

Ohio State will let Tulsa score some points. Like Patrick mentioned, the Golden Hurricanes have a strong running game, and they also feature a good passing game. While this is true, Tulsa won’t have enough firepower to keep up with C.J. Stroud and the Buckeye offense.

Ohio State is coming off its first regular-season loss since 2018 and had a defense that looked truly abysmal against Oregon. Now, the Buckeyes have two games against lesser opponents to try and fix their issues heading into Big Ten play.

But how lesser is this opponent? Yes, Tulsa is 0-2, but both have been close losses, one of which was to a respectable opponent in Oklahoma State. The Golden Hurricanes have shown they can run the ball while also slow the opponent rushing attack down, and those two reasons are why I think this game won’t be the blowout some are hoping for.

If Ohio State is making wide-scale changes to its defense like Ryan Day has seemed to allude to, there will be some growing pains in such a short time frame. That will lead to Tulsa scoring some points and keeping this relatively interesting.

Keyword: relatively. Ohio State absolutely should not lose this game despite its flaws, and C.J. Stroud will exploit was has been a lackluster Tulsa secondary to keep the Buckeyes mostly in control.

It will be a win and a decent-sized one, but not a runaway. Ohio State will save that one for Akron next week.

It’s not easy to find a path for Tulsa to upset Ohio State on Sept. 18. The Buckeyes are far too talented, and this is not a Tulsa team even on the level of its 6-3 predecessor, which would have also likely fallen short against even a shaky Ohio State team like this one.

However, a path to a competitive matchup? That’s quite a bit easier to imagine. The Golden Hurricane have flashed a strong rushing attack in the first two weeks of the season behind one-two halfback punch Deneric Prince and Shamari Brooks, and quarterback Davis Brin can take what is given to him. The Buckeye defense has been giving away plenty of late.

Defensively, though, Tulsa just lacks the guys to keep up. Its pass defense is not especially strong, and though the Buckeyes may struggle on the ground, C.J. Stroud and these Buckeye wideouts are just too good for Tulsa to keep up, even in a shootout.

Rea: Buckeyes Win, But No Cover In Sight

The late, great country singer Don Williams won many awards back in 1978 with “Tulsa Time,” the story of a guy who has had his share of adversity and wants to get back to the basics. Sound familiar?

Ohio State would like to get back to the basics tomorrow when it takes on a winless Tulsa team that has experienced its share of heartache this season. The Golden Hurricane entered their season opener as 22-point favorites and promptly lost a 19-17 decision to UC Davis FCS. Last week was a 28-23 loss to Oklahoma State, a game Tulsa was leading early in the fourth quarter before the Cowboys returned a kickoff 98 yards and flipped momentum on its ear.

The Hurricane can throw the ball a little bit – and that should give pause to any Ohio State fan – but their offensive line has been shaky in spots. It has already given up five sacks in two games, so maybe Zach Harrison and his defensive linemates can improve upon their season total of precisely one sack so far. (Yes, I know the Buckeyes have two sacks, but the other was courtesy of LB Cody Simon.)

Ohio State is a 25-point favorite, which seems ludicrous based upon the way the defense has played to this point. I wouldn’t pick them to cover a bed with a quilt until I see some life out of that defense.

If the Buckeyes are the talented-laden team we all thought they were, and Ryan Day is the coach we all thought he was, Ohio State should roll to a victory. If things don’t turn out that way, buckle your seat belts because things will get bumpy.

Perhaps the Buckeyes would do well to listen to another Don Williams classic on their way to the stadium tomorrow: “Lord, I Hope This Day Is Good.”