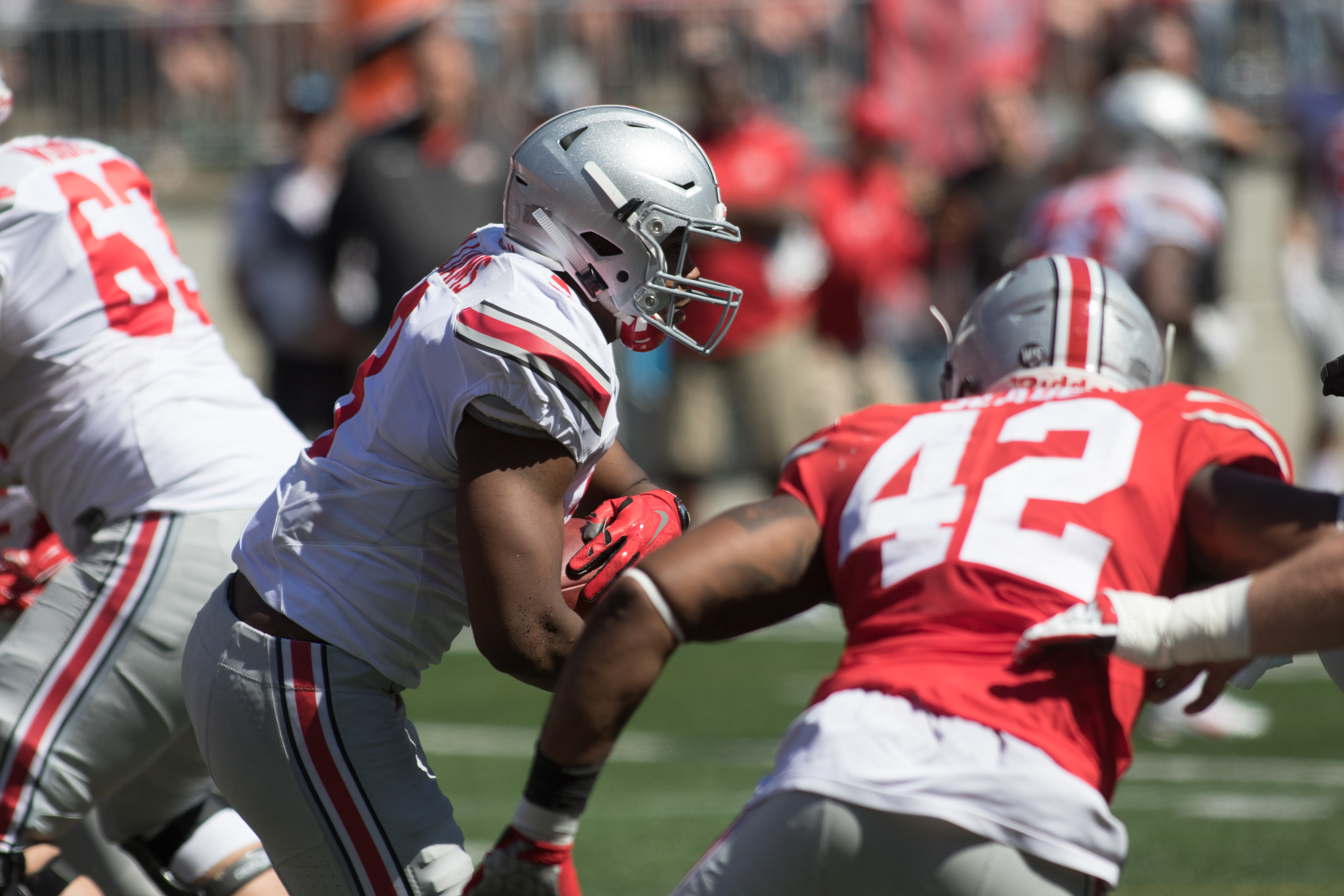 Buckeye Sports Bulletin continues its series of looking back at the players who have transferred out of the Ohio State football program during the Urban Meyer era.

Last week, we highlighted those from Ohio State’s 2012 and 2013 recruiting classes who left for other schools. We now turn our attention to the 2014 haul.

What follows is a player-by-player breakdown of those who signed with Ohio State in the 2014 recruiting cycle and eventually transferred elsewhere, listed in alphabetical order.

Jones was the first to commit to Ohio State’s 2014 recruiting class on Christmas Day in 2012. He was among the 20 prospects from 2002-14 to come out of Cleveland Glenville and earn an OSU football scholarship.

Jones enrolled at Ohio State in January 2014 and played in two games as a freshman that fall. After one year in Columbus, he left the Buckeyes in June 2015.

Jones transferred to Kentucky but had a brief stay in Lexington. After just two months at UK, Wildcats coach Mark Stoops announced in August 2015 that Jones was dismissed for a violation of team rules.

Jones eventually ended up at Winston-Salem State, where he appeared in four games last season as a junior for the Rams.

A three-star recruit out of Montclair, N.J., Slade committed to Nebraska and then to Michigan State before flipping to Ohio State on National Signing Day.

He redshirted in 2014 and missed the ’16 campaign with a lower leg injury he sustained in fall camp. He racked up seven appearances in 2015.

Meyer announced at Big Ten Media Days last July that Slade had transferred out of Ohio State. Slade landed at Arizona State, where he had to sit out the 2017 season due to transfer rules. He has two years of eligibility remaining.

Thompson injured a knee during fall camp in 2014, which prompted him to redshirt his first year on campus.

The Lombard, Ill., native only played in two games during his career as a Buckeye. He made three tackles last season before declaring in February that he was transferring.

Trout was one of five offensive linemen to sign with the Buckeyes in 2014. He redshirted the 2014 season as a true freshman and worked with the scout team as a second-year player in 2015. The Lancaster, Ohio, native then participated in nine games in 2016, including the College Football Playoff semifinal contest against Clemson.