Track And Field: Aquilla And Battle Named Big Ten Athletes Of The Year 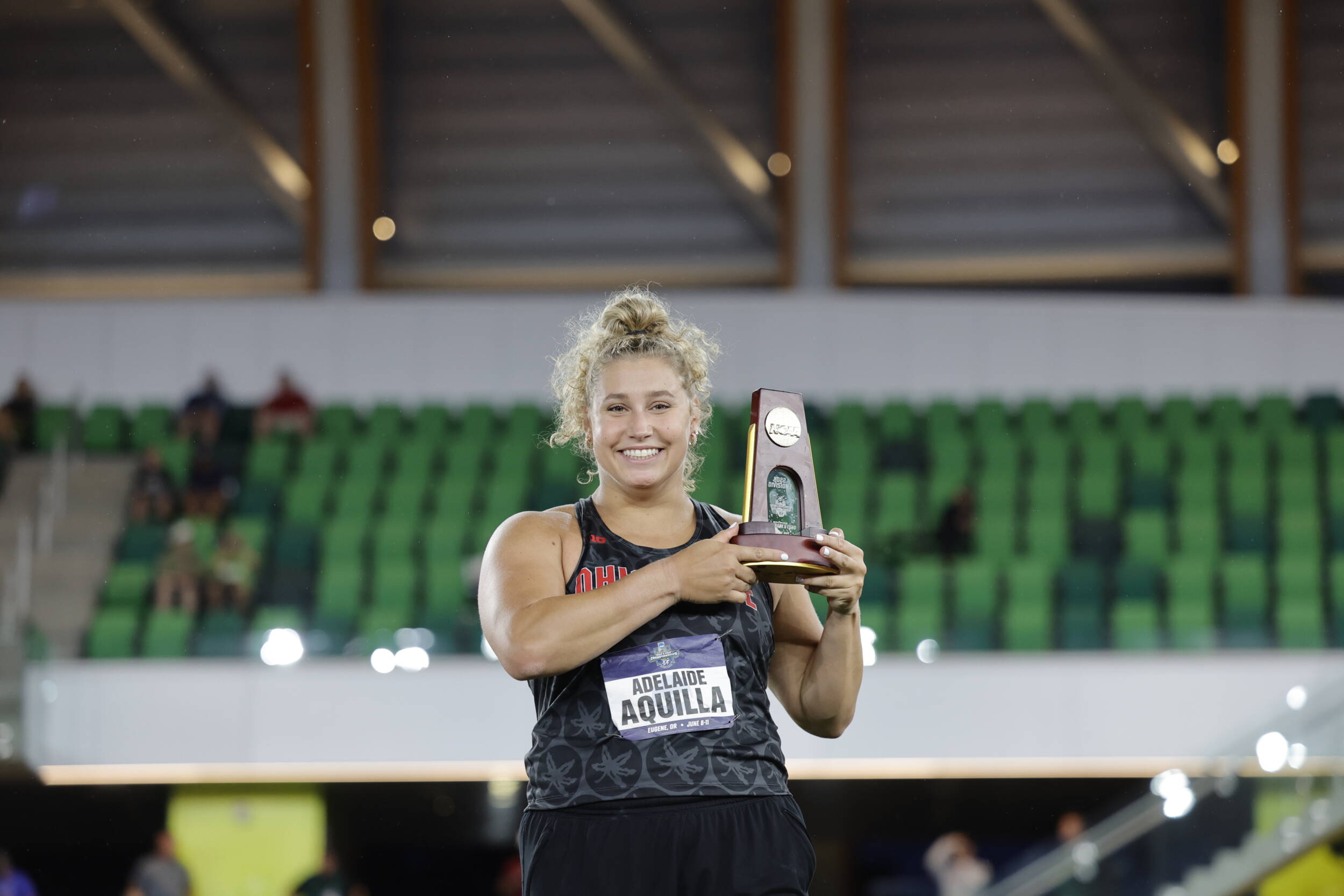 The Ohio State track and field team featured plenty of noteworthy stars, but two stood out among the rest, according to the Big Ten Conference.

Aquilla broke the women’s outdoor collegiate shot put record at the NCAAs last week, defending her national championship with a best throw of 19.64m. She claimed the top-four tosses in event and beat the runner-up finisher by more than one meter. Her performance earned her a spot on the USTFCCCA All-American first-team.

The All-Big Ten first-team honoree also won the shot put title at the conference championship, helping the Buckeyes win a team trophy with a record-breaking number of points. Aquilla went undefeated in the shot put during the outdoor season and broke the program’s discuss record twice.

Battle finished third in 200m (22.33) and sixth as a member of the 4x100m relay (43.52) at the NCAA Championships last week, earning USTFCCCA All-American first-team honors in both events and adding an honorable mention award for the 100m.

In the 200m semifinals, Battle broke her own program record by running a 22.26. She won the Big Ten title in both the 200m and 4x100m relay and was the runner-up finisher in the 100m, placing her on the All-Big Ten first team. In the regular season, Battle went undefeated in every 100m and 200m event.