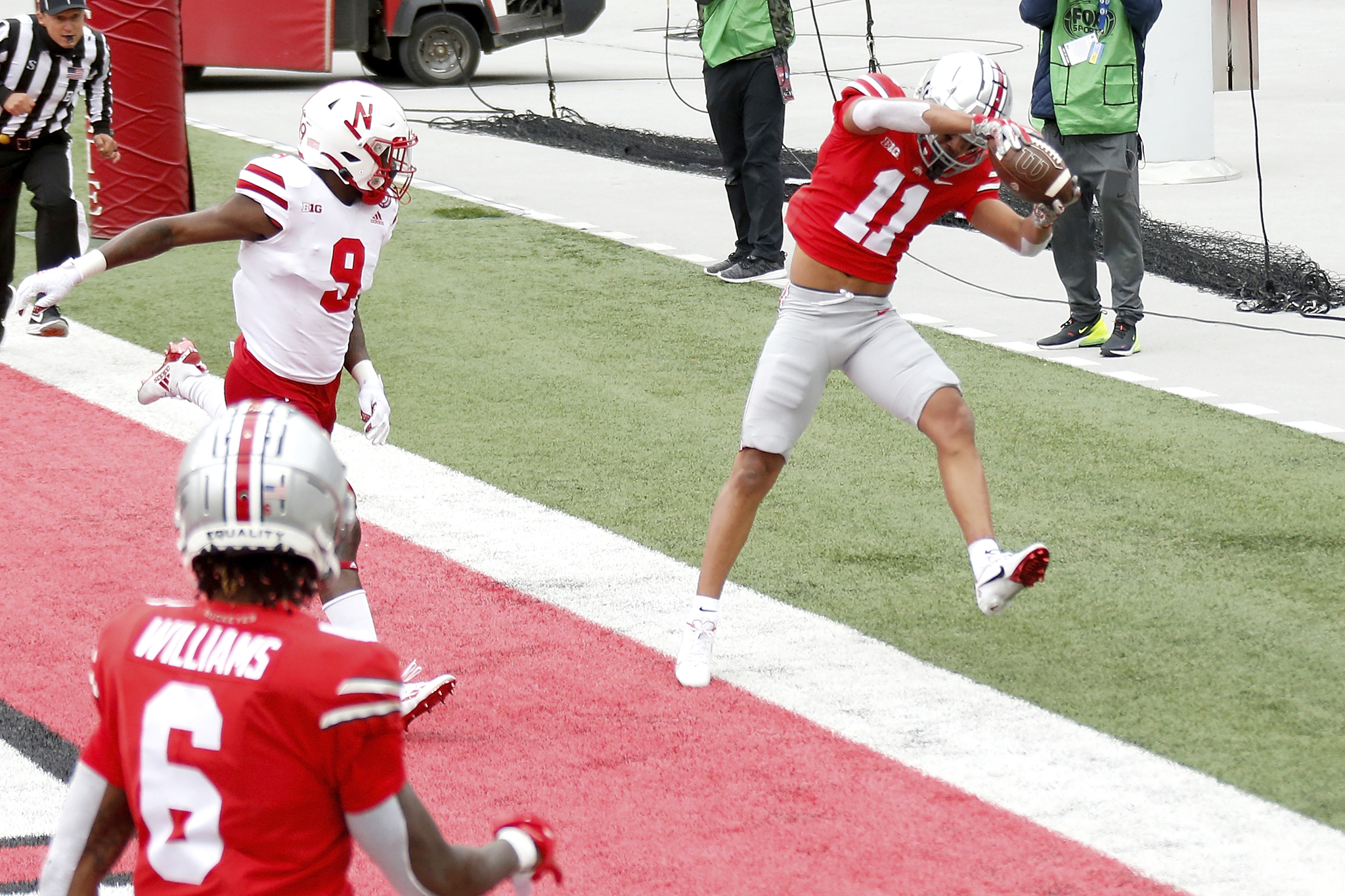 This story is the eighth of 10 that comes from the print edition of Buckeye Sports Bulletin, where the staff selected the 10 best plays from the 2020 football season.

The most hyped-up portion of Ohio State’s 2020 recruiting class, which included four top-100 players and a pair of five-stars in Julian Fleming and Jaxon Smith-Njigba, was the receiving corps.

The true freshman wideouts did not have the immediate impact that many were expecting, as Fleming led the way with 74 yards and Smith-Njigba led with 10 receptions, but the latter of the pair showed how much talent he possessed in the first game of the regular season.

That big play came late in a game against Nebraska that was already decided, but it was the skill by Smith-Njigba that made it memorable.

Starting at the Nebraska 42 thanks to a strong Wilson punt return, Fields drove down to the 5-yard line before earning a first-and-goal. Fields threw to Smith-Njigba and the pair connected, but the officials called it out of bounds.

But, on further review, it turned out that the first-year receiver managed to toe-tap one foot in bounds while all the momentum from his body was going out of bounds, and the play was ruled a touchdown.

Ohio State led 45-17 after the score, and while it was not important as far as winning the contest, it may have been the most skilled play of the season from any player on the team, and it came from a true freshman.

“I know for him, that was huge,” Garrett Wilson said. “Because going into this game, we had talked about making plays and stuff like that. When you play receiver, that’s kind of just something that comes up in conversation. For him to make that play in that game at that point, that was super awesome. I know we were all super excited for him. We got to dance and everything like that. It was just a big play, and we were excited to see him do that, but we all knew he could do it.”