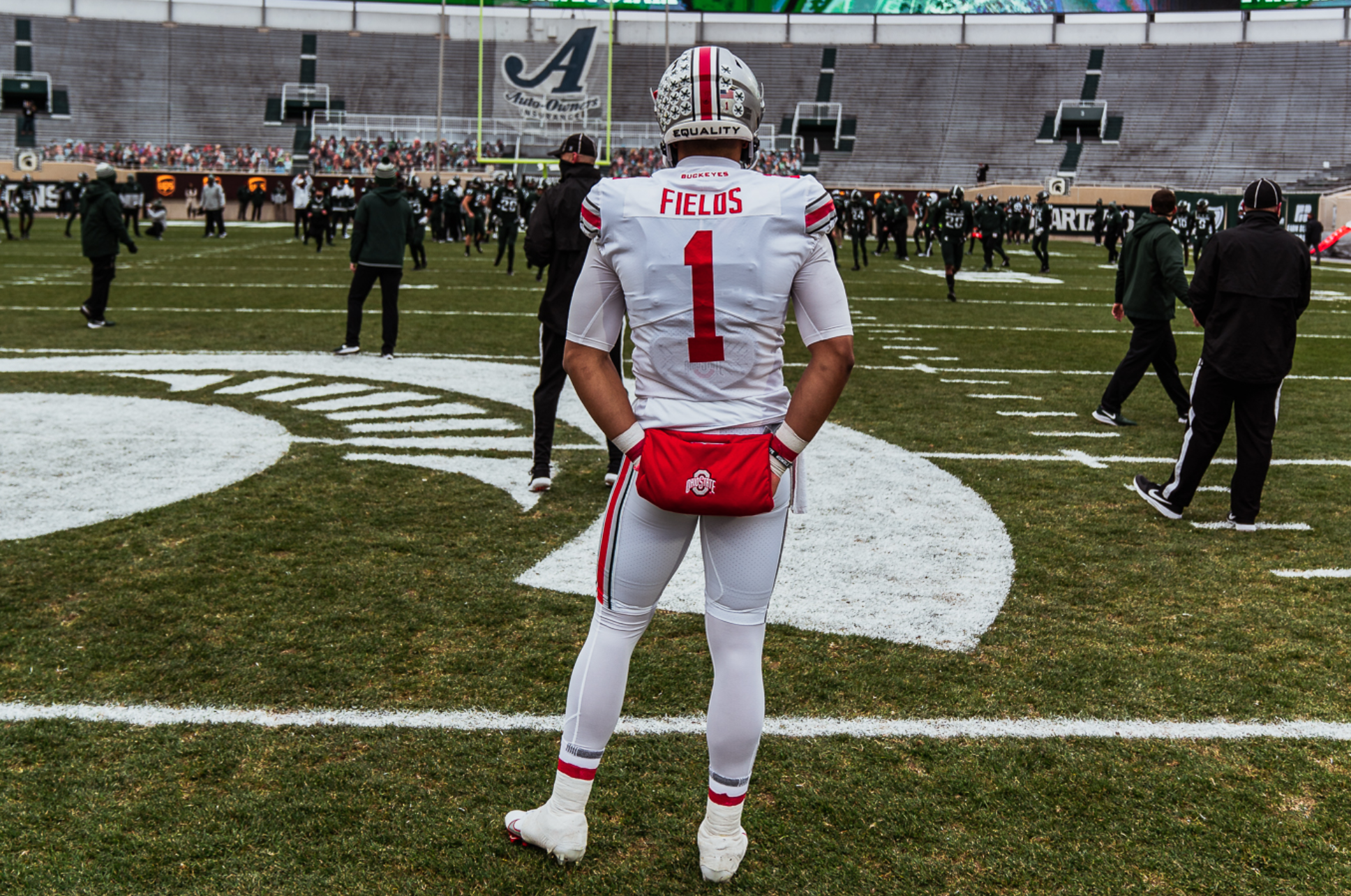 This story is the first of 10 that comes from the print edition of Buckeye Sports Bulletin, where the staff selected the 10 best plays from the 2020 football season.

Junior quarterback Justin Fields did not have the most dominant statistical performance of his collegiate career against Michigan State, but it was still a strong showing, completing 17 of 24 passes for 199 yards and two touchdowns, while also rushing 13 times for 104 yards and two more scores.

Those numbers became more impressive considering how many players Ohio State had missing for its game against the Spartans, including three starting offensive linemen in Thayer Munford, Josh Myers and Nicholas Petit-Frere.

Those losses showed up on the opening drive, where Harry Miller, now under center after playing guard all year, had some snaps that were off target, but Fields still corralled them on the way to a touchdown.

But the No. 10 play of the season came on the third drive of the game for Ohio State. Following a 44-yard Fields run and an incomplete pass, the third-year quarterback rolled out to his right on second-and-10 and threw a contested ball to sophomore wide receiver Garrett Wilson between two defenders.

This throw had to be perfect to hit the window, and it was, as the near defender could not make a leaping play to bat the ball away and the deeper defensive back was left lost as Wilson ran in on the sidelines for a 28-yard score to make it 14-0 early on.

It was one of many impressive plays from Fields in the 40-point victory, one in which he may have not put up monstrous stats, but led the offense for Ohio State about as well as he has in any game over the past two seasons.