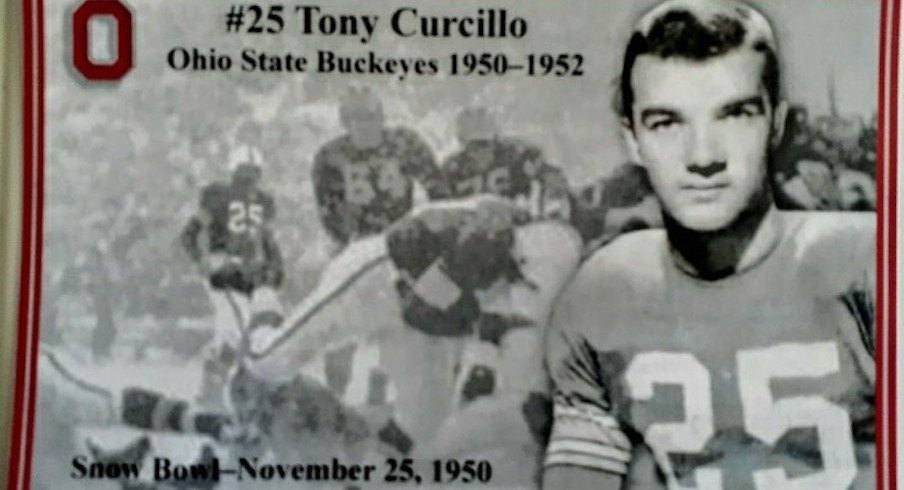 Tony Curcillo, who was Woody Hayes’ first starting quarterback at Ohio State, died Dec. 8 at the age of 89 due to complications from the coronavirus, per his family.

In Hayes’ first season in 1951, Curcillo served as the starting quarterback for the Buckeyes.

Playing from 1950-52, Curcillo’s standout performance came against Iowa in 1951 when he set the program record with six total touchdowns. He threw for 292 yards and four touchdowns on 10-of-14 passing, adding two scores as a runner.

His record of six total touchdowns for Ohio State stood until Kenny Guiton had six touchdowns against California in 2013. (J.T. Barrett broke the record with a pair of seven-touchdown games against Bowling Green in 2016 and Nebraska in 2017; Dwayne Haskins and Justin Fields have also tied the record.)

While at Ohio State, Curcillo played in the Buckeye backfield with 1950 Heisman Trophy winner Vic Janowicz, who was also his teammate at Elyria (Ohio) High School.

After starting as the signal caller for the Scarlet and Gray from 1950-51, Curcillo moved to fullback for the 1952 season and earned first-team All-Big Ten honors.

Curcillo went on to be chosen in the sixth round of the 1953 NFL Draft by the Chicago Cardinals. He eventually played for the CFL’s Hamilton Tiger-Cats, who he helped win the 1957 Grey Cup.