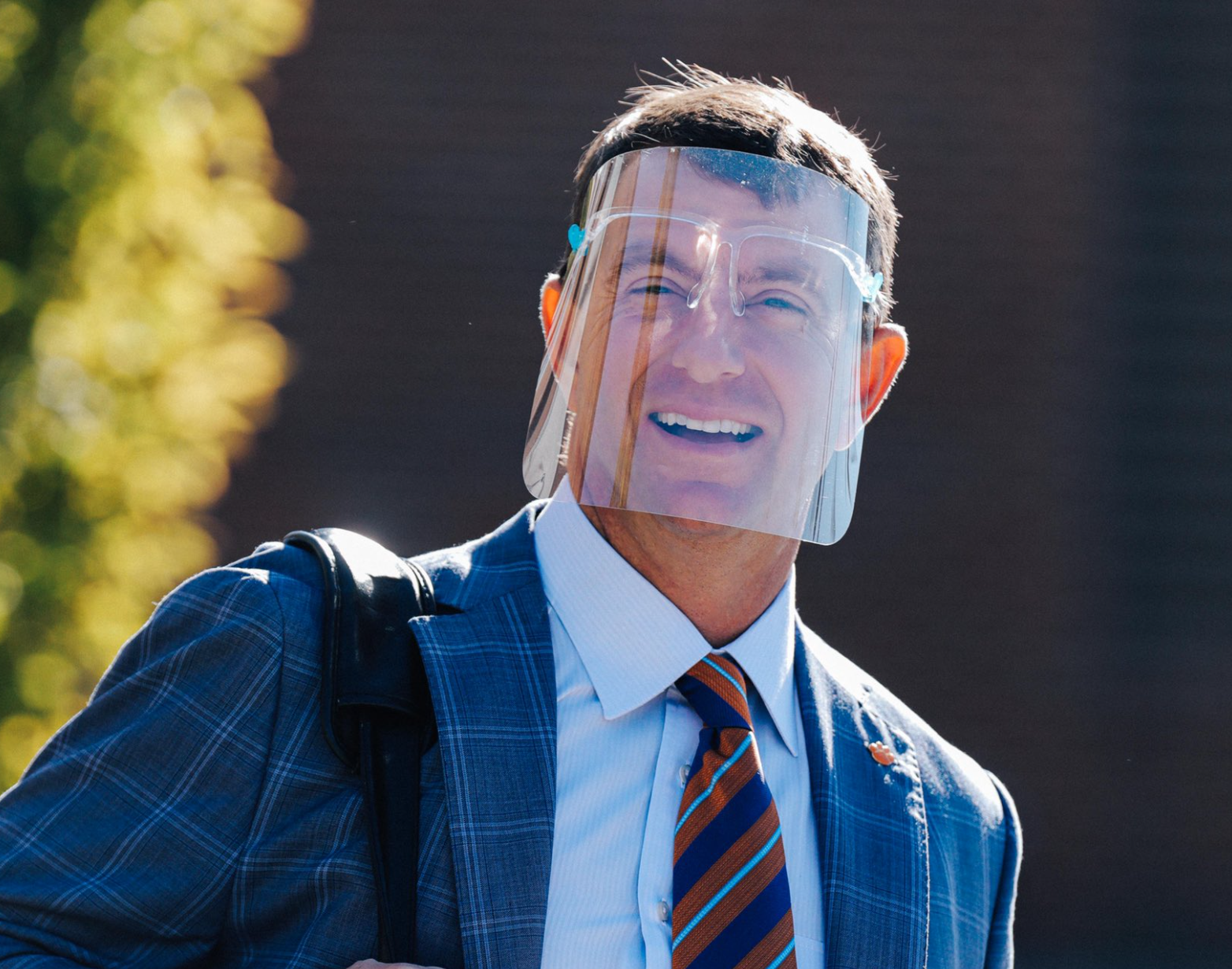 In a Thursday appearance on The Rich Eisen Show , Clemson head coach Dabo Swinney discussed where he stands as far as who should make the College Football Playoff, including if a 6-0 Ohio State team with a Big Ten title would have done enough to earn a spot in the top four.

Swinney said he believes that the Buckeyes would not be worthy over teams like Texas A&M and Florida, who sit at No. 5 and 6 and will have played 11-12 games by the end of the season.

Past the Aggies and the Gators, Swinney also said he believes that his Tigers team – the only team with a loss that is currently in the playoff – would still deserve its spot in the top four even with another loss to Notre Dame in the ACC Championship Game.

“We feel like we’re definitely one of the best four teams in the country and there’s nothing that’s going to happen in that game next week for Clemson or Notre Dame that’s going to change that in my opinion. And that’s based on data,” Swinney said. “Our team has played incredibly well. We had a double-overtime loss at the No. 2 team in the country now in Notre Dame, who’s a great team and an unbelievable game. Again, no matter what happens for Notre Dame or Clemson, nothing changes in my mind, as far as both of these teams being in the top four.”

“The Big Ten had the same opportunity and they chose not to play,” Swinney said. “The only reason they ended up playing is because of the leadership of the SEC and the ACC and the Big 12 have demonstrated that we can do it and do it in a safe way.”

Even with all that being said, Swinney did not deny that Ohio State would have a chance to win a national title if it did ultimately get selected for the playoff, but that its lack of games should be held against them when looking at it from a wider scope.

“It doesn’t mean they’re not a great team and couldn’t win the whole thing,” Swinney said. “I just think, from a big-picture standpoint, I would lean toward rewarding the teams that have been all in because it’s been an incredible challenge.”