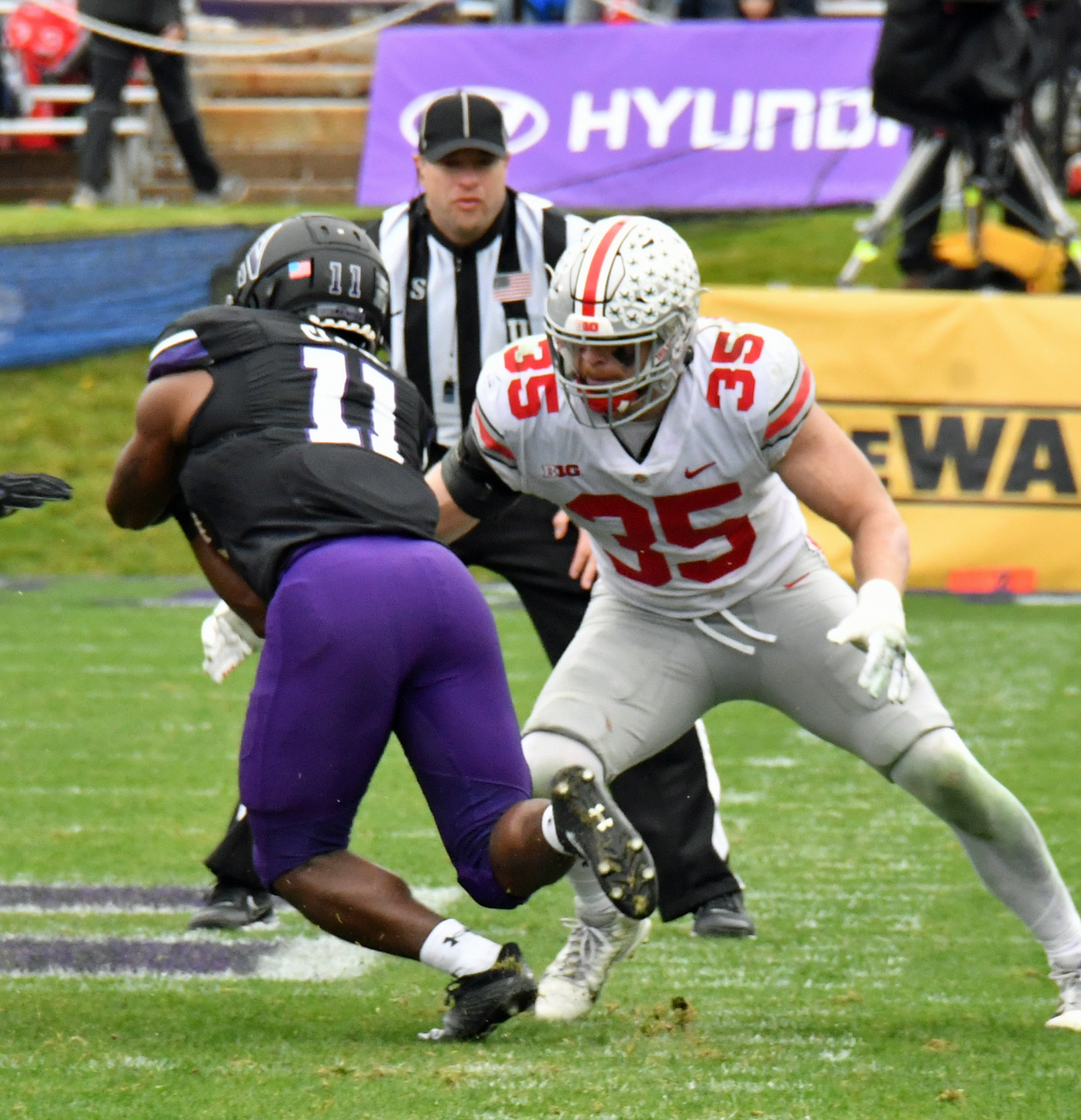 Ohio State linebacker Tommy Eichenberg has been named a finalist for the Lott IMPACT Trophy.

The award is given annually to a student-athlete who best exemplifies former USC cornerback and NFL Hall of Famer Ronnie Lott. The characteristics looked for includes Integrity, Maturity, Performance, Academics, Community and Tenacity, both on and off the field.

Eichenberg has been a standout for Ohio State this season, leading the Buckeyes with 105 tackles through 11 games. He’s also added 12 tackles for loss and 2.5 sacks for Ohio State, as well as an interception returned for a touchdown.

Even more impressive, Eichenberg – one of Ohio State’s team captains this year – has fought through injuries to do so this season, even playing with two broken hands.

The winner will be announced in a ceremony at the Pacific Club in Newport Beach, Calif., on Dec. 11.