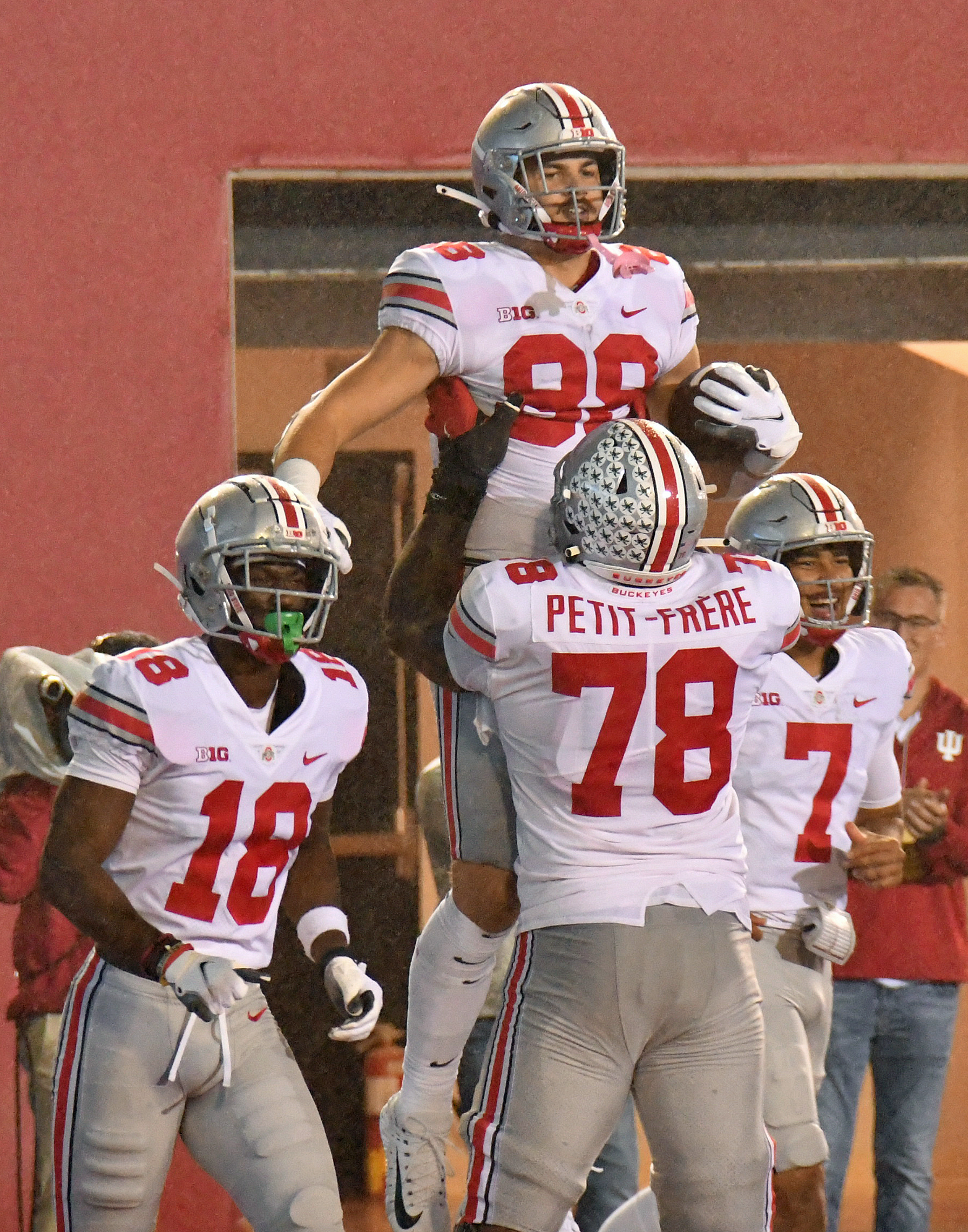 1. Is anybody stopping this Buckeye offense?

Ohio State’s offense has looked completely untouchable in four consecutive games. Since the difficulties of the Tulsa game that saw the Buckeyes seriously challenged into the fourth quarter, a switch has been flipped and, with a resurgent C.J. Stroud at the helm, Ohio State’s offense has ascended to a level that feels historically good, both at Ohio State and in the larger college football world.

Stroud has been nearly flawless since returning from a shoulder injury that sidelined him against Akron, the Buckeye rushing attack has kicked into gear behind freshman TreVeyon Henderson and a deep receiver room is seeing more players involved as Jaxon Smith-Njigba and Jeremy Ruckert both move into more prominent roles. There may be only a few defenses in the nation that can even keep up with this Buckeye offense. Is Penn State’s one of them, or can Ohio State continue to pick its score?

2. Can a healthy Sean Clifford do damage to the improving OSU defense?

Penn State senior quarterback Sean Clifford suited up a week ago in a loss to Illinois, but he said after the game that he wasn’t fully healthy, and even without that statement, it was pretty obvious on the field. The usually mobile Clifford was completely hesitant to run with the football and though he struggled in the passing game as well, that too can be tied back into his immobility.

Clifford said that he plans to be healthy this weekend, which could be a big deal for this matchup. The Penn State offense really needs him to be a capable runner for the system to remain on track, without much in the way of a traditional running game to stay ahead of the chains offensively.

“That’s a big part of Sean and what his game is, his ability to extend plays,” head coach James Franklin said. “He was limited, obviously in what he could do (against Illinois). And we tried to limit it as much as we could as well. Obviously, that was the challenge when you’ve got a guy like Sean and that’s a big part of what he does and how he plays. That being limited obviously impacted him and us.”

Ohio State has struggled in the past with mobile quarterbacks. Would a healthy Clifford present the same challenge here, and potentially gash the improving Buckeye defense? Is he healthy enough to do that?

3. Are there any challengers left in the Big Ten for the Buckeyes?

Less a question about Ohio State-Penn State and more about the Big Ten at large, though the matchup at hand does matter here a bit. If Ohio State takes care of business against the Nittany Lions as expected, is there another team in the league that can really challenge for the crown? The West is devoid of talent and won’t likely present a serious threat in the conference title game. Nebraska and Purdue are both fighting only for a bowl berth this season. The last two teams on the schedule, Michigan and Michigan State, are currently ranked in the top 10, but they play on Saturday as well – and we can assume that the loser won’t be able to truly take on the Buckeyes.

Will the winner of that game be able to compete with a fully operational Ohio State squad? It may depend on how that winner looks this weekend, as a dominant team there may be the last hope for an interesting Big Ten matchup this season for the Buckeyes.