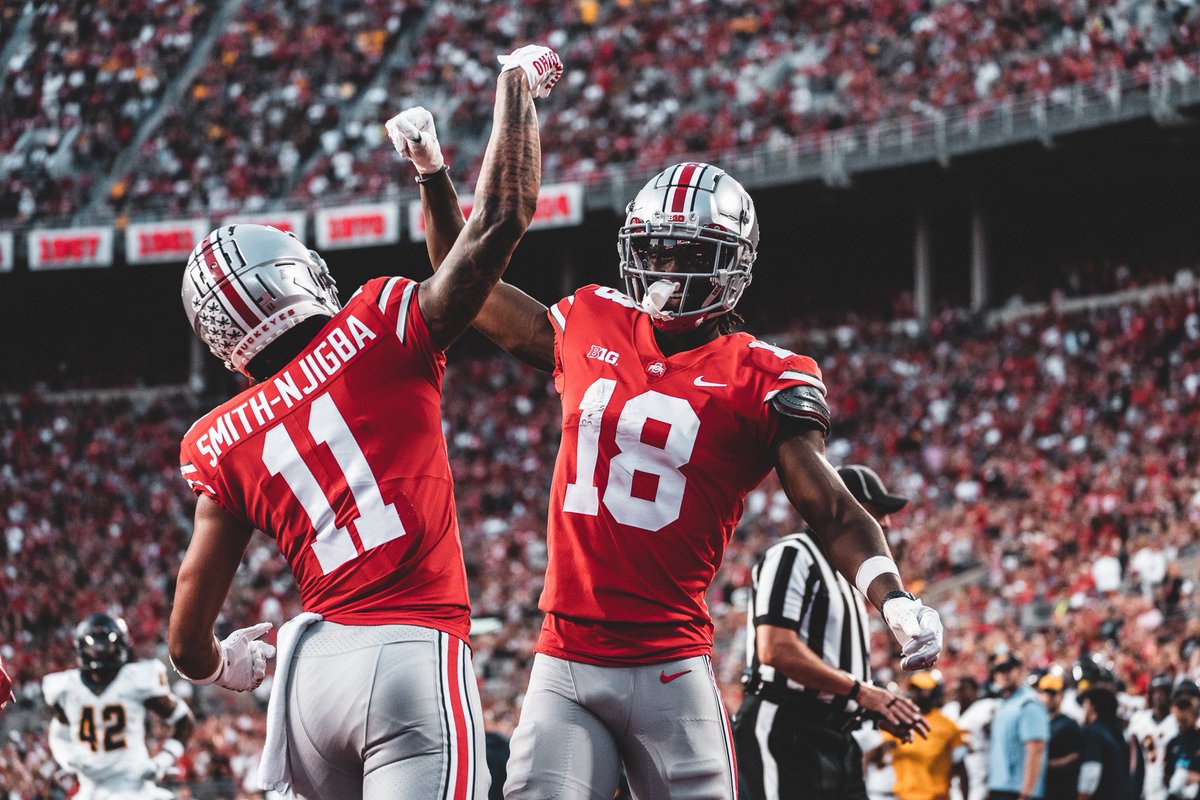 Ohio State put together its most complete performance of the young season to decimate in-state opponent Toledo 77-21. The Buckeyes scored 11 touchdowns, five of which came from the arm of C.J. Stroud, while the defense remained solid outside of a few big plays.

Buckeye Sports Bulletin is taking a look back at the biggest questions entering the game and analyzing how things turned out for Ohio State.

1. Can The Defense Keep Things Rolling?

For the most part, Ohio State’s defense, once again, proved that it is much improved from the past two seasons during Saturday’s matchup against Toledo.

The Buckeyes struggled to contain dynamic quarterback Dequan Finn, who utilized his legs to escape a relentless pass rush from Ohio State. Finn finished with 223 all-purpose yards and all three of Toledo’s touchdowns — two passing and one rushing. Ohio State allowed touchdown passes of 50 and 40 yards, as well as a 23-yard rushing touchdown on a scramble by Finn.

Although Finn proved to be a thorn in Ohio State’s side for much of the evening, the Buckeyes still held Toledo to just 307 yards and allowed only 13 first downs. The Rockets finished the night 4 of 13 on third-down attempts, as well.

2. Will Ohio State Force A Turnover?

After two games without forcing a takeaway to start the season, the Buckeyes finally flipped possession on the defensive end against Toledo.

Safety Ronnie Hickman was on the receiving end of Ohio State’s first takeaway of the season, which came during the Rockets’ first possession of the second half. As Finn forced the ball to a receiver in the seam, Hickman identified the play and jumped the route to secure the team’s first interception of the 2022 campaign.

The Buckeyes were not done there, however. During the waning minutes of the game, defensive end Javontae Jean-Baptiste strip-sacked Toledo’s backup quarterback Tucker Gleason, which linebacker Palaie Gaoteote IV, using a diving effort, recovered.

3. Will The Offense Get Back To Normal With Jaxon Smith-Njigba and Julian Fleming?

It’s safe to say that the Ohio State offense did not skip a beat while integrating wide receivers Jaxon Smith-Njigba and Julian Fleming.

The Buckeyes scored 11 touchdowns, completing scoring drives on their first seven possessions. Ohio State’s 77 points were a single-game most since 2018, while its 763 yards of total offense ranked second all-time behind its 776 yards against Bowling Green in 2016. The Buckeyes also went a perfect 9-for-9 in the red zone.

Smith-Njigba finished the evening with two catches for 33 yards, while Fleming added three receptions for 23 yards and two touchdowns.