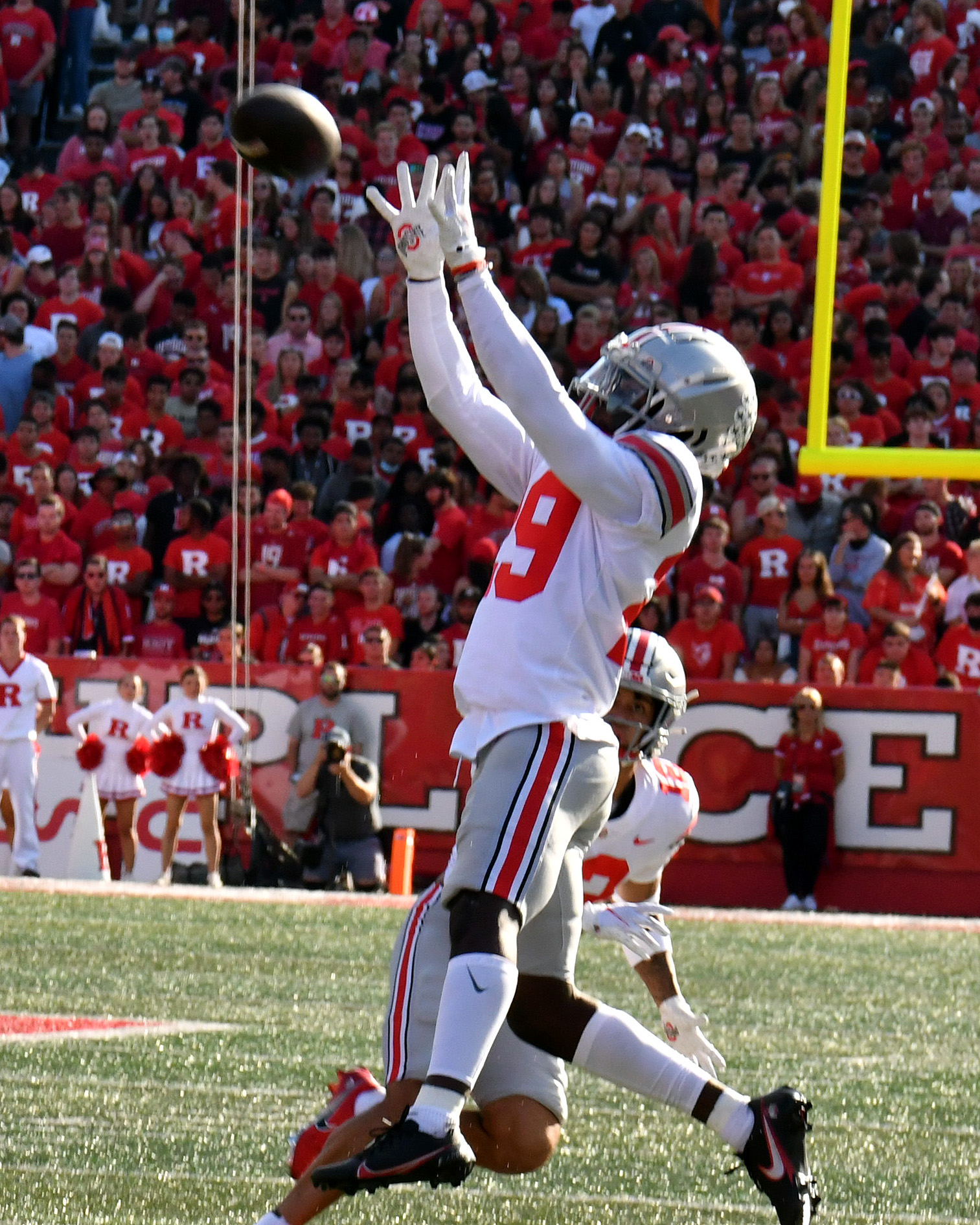 Ahead of Ohio State’s Oct. 2 matchup with Rutgers, BSB put down three questions that the Buckeyes could answer against the Scarlet Knights. Now, let’s look at the answers

1. Are these young Buckeyes ready for another road trip?

They sure were. Ohio State passed its second road test of the season with flying colors, despite an even younger starting lineup than Ohio State entered the season against Minnesota on Sept. 2 with. The offense was rolling from the jump and looked well prepared for a capable Rutgers defense, and the defense, which did surrender one big touchdown in the first quarter, was electric early and often.

It got off the field on the first four series of the game and helped to set up its offense for success, and even generated six points on its own with the Denzel Burke pick-six on the second Rutgers drive of the afternoon.

The Buckeyes never really had to deal with a loud Rutgers crowd, but that was by their own doing because they silenced the nearly 50,000 in attendance early and often.

He was crisp, decisive and accurate, avoiding the early accuracy woes that he faced in his first three games and hitting several beautiful passes throughout the game. Ohio State still isn’t asking him to throw down the field a ton, but Stroud directing the Buckeye offense brilliantly within the system he was operating. Any questions about him as a starter can dissipate, at least for one week.

Once again, it’s a definitive yes. Ohio State didn’t face quite as much trickery as expected, but when it did, the defense was ready. Cameron Martinez swatted away a fake punt pass attempt on the first drive of the game, Ohio State consistently covered throwbacks on kickoff returns (but never actually faced one) and the Buckeye defense managed the Rutgers misdirection pretty well.

It wasn’t perfect – Rutgers did have some success running horizontally with jet sweeps and bash plays, but Ohio State handled the Rutgers screen game really well, and forced quarterback Noah Vedral to win the game down the field. He didn’t.