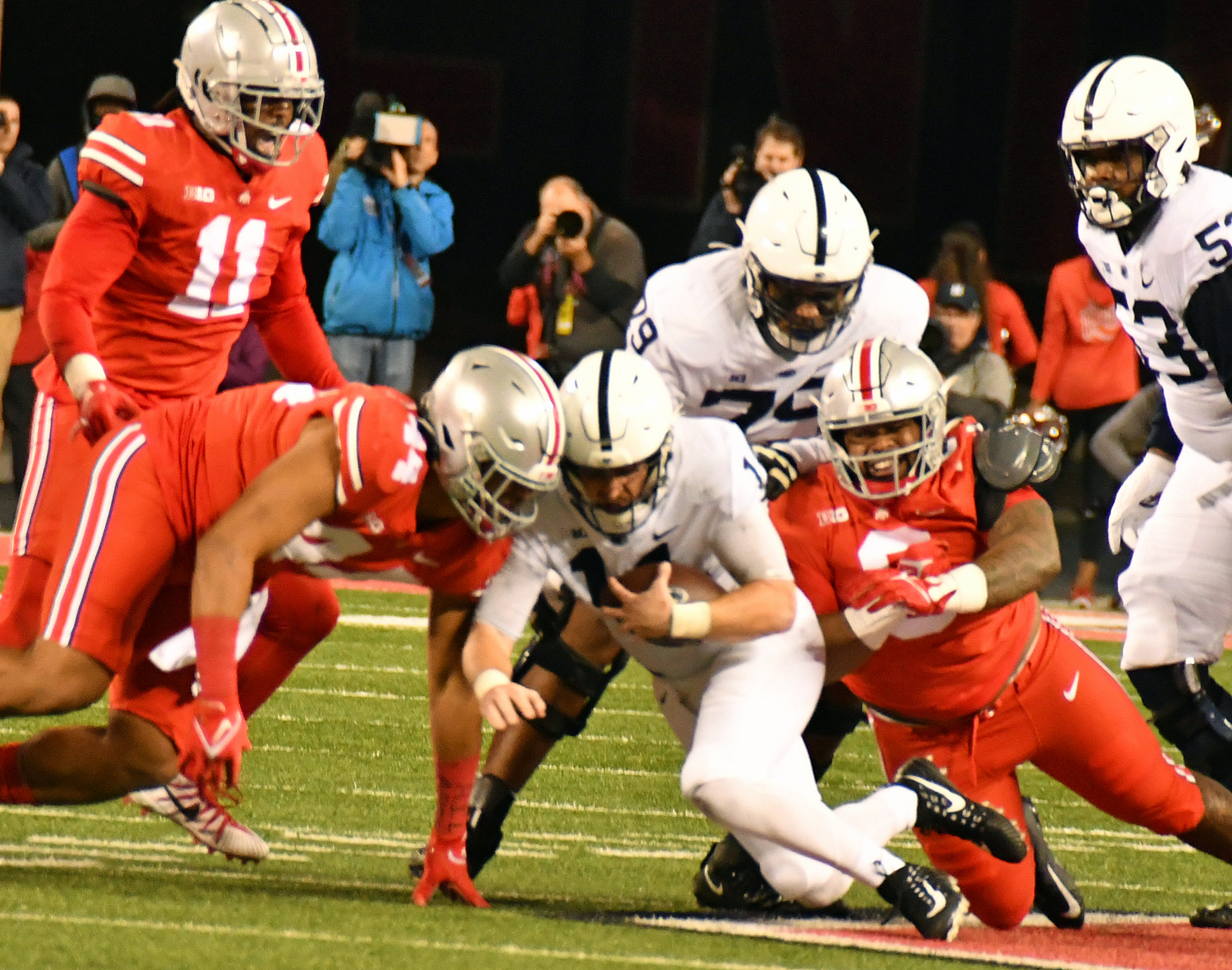 1. Is anybody stopping this Buckeye offense?

Inconclusive. Penn State did about as good a job against the Ohio State offense as anyone else has this season short of Oregon and Tulsa, but the Buckeyes still managed 33 points and nearly 500 yards of total offense. There is no stopping this group, but Penn State did at least slow it down, holding the Buckeyes to a disastrous showing in the red zone and keeping the incredible stable of receivers largely under wraps. Outside of his one breakaway run, TreVeyon Henderson was contained too.

The bigger question here though is not on Penn State’s ability to contain Ohio State, because these two squads aren’t playing again. No, the question lies in the ability to replicate Penn State’s gameplan. Can Michigan State or Michigan confuse the Buckeye offense with shifts in the backend of the defense, while causing problems for a hulking but often slow offensive line? It’s hard to know yet. Both groups are, in theory, capable of doing what Penn State did. They have the talent for it. But saying that and doing it are two different beasts entirely.

2. Can a healthy Sean Clifford do damage to the improving OSU defense?

I’d say it’s another yes here, at least partially. Clifford threw for nearly 400 yards, but he did have to throw the ball more than 50 times to get there, and Cameron Brown was able to all but end the game by intercepting him in the fourth quarter. The other facet of his game – his ability on the ground – was completely nonexistent. The Nittany Lions were able to find success offensively, but like in the first question, it is worth mentioning that they still scored only 24 points.

So again, the question is about translation. Penn State attacked the middle of the field with talented receivers and a competent, comfortable quarterback. Is there another team on the schedule for the Buckeyes with a competent quarterback, strong receivers and a line that can keep the former upright? It seems again like the Spartans and Wolverines fit the billing, but Michigan State’s offense has not been the model of consistency this season and Michigan hasn’t once schemed up the Buckeyes successfully in Jim Harbaugh’s tenure.

3. Are there any challengers left in the Big Ten for the Buckeyes?

The last two questions have all but answered this already, but it does bear mentioning outright – Michigan and Michigan State both look like legitimate challengers here. Both teams impressed over the weekend even while the Spartans claimed victory, while Ohio State looked mortal again for the first time since September.

Michigan flashed a passing attack that hasn’t been present all season. It leaned on Cade McNamara to make plays and was rewarded with his best showing as a Wolverine, finding a potential star receiver in the process in Andrel Anthony. With that rushing attack, a good defense and an improved McNamara present an interesting test for the Buckeyes to close out the regular season.

The Michigan State rushing offense led by Kenneth Walker III is lethal, as are receivers Jalen Nailor and Jayden Reed. The defense is not on Penn State’s level, but they do absolutely fly around the field, and safety Xavier Henderson is a superstar in the backfield.