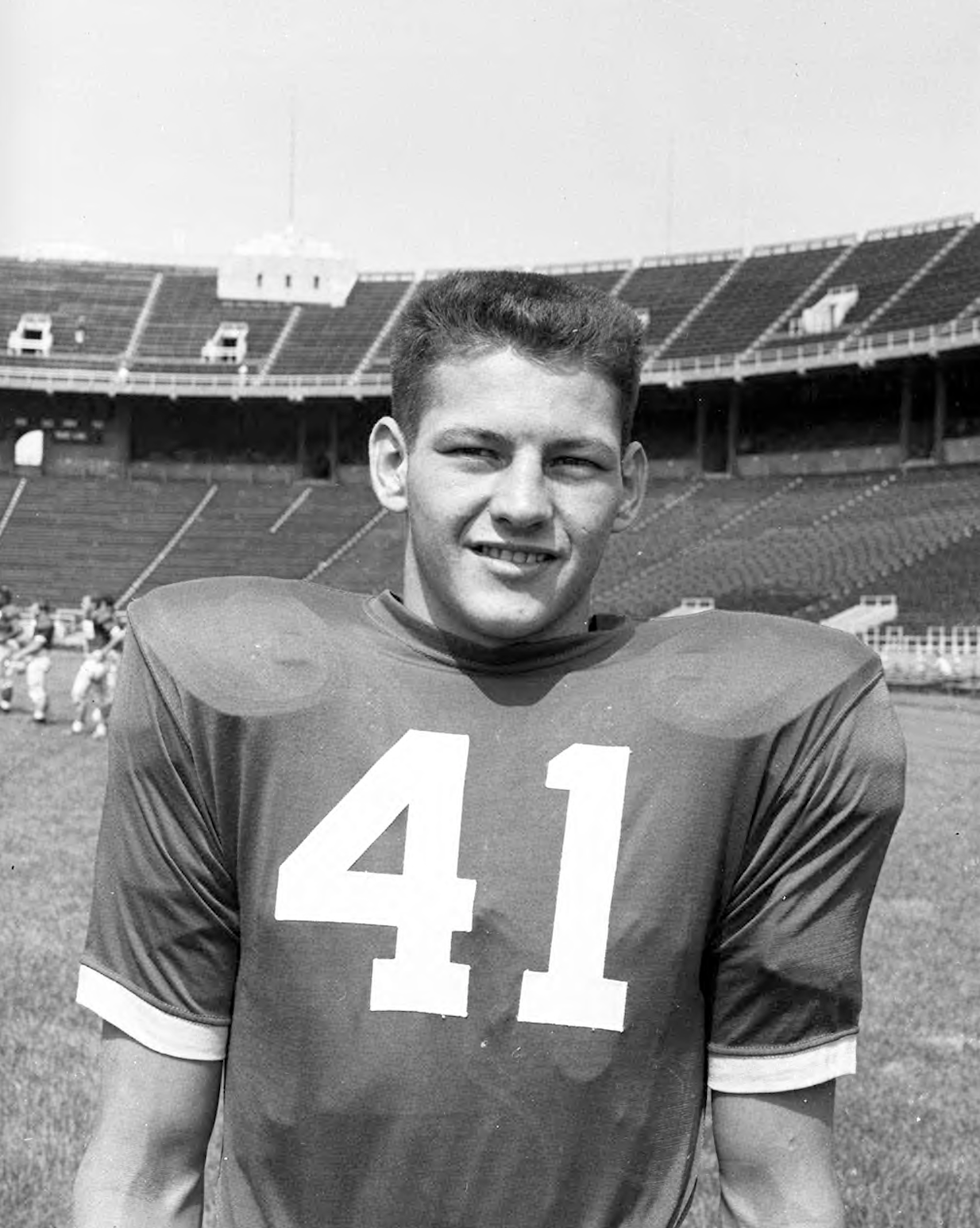 Former Ohio State quarterback and All-Pro running back Tom Matte has died at 82 years old, the Baltimore Ravens confirmed Nov. 3. A long-time member of the Baltimore Colts as a player and a radio broadcaster for the Ravens, Matte’s passing was announced formally by head coach John Harbaugh at his press conference, accompanied by a statement from team owner Steve Biscotti.

“Tom was one of this community’s heroes,” Bisciotti said. “I remember being so excited to meet him at Colts training camp when I was a kid. The way he embraced us was truly special. Many years later, when the Ravens came to Baltimore in 1996, it was amazing to then see our team embrace him. Tom will be greatly missed, and I send my heartfelt condolences to Judy and his family.”

Harbaugh described the former Buckeye as a “larger than life’ personality,” and offered his condolences to the Matte family, as did the team.

“Tom became an important member of the Ravens family as soon as we arrived in Baltimore,” a franchise statement reads. “For 10 years, he served as an analyst on our radio team, with a highlight of calling Super Bowl XXXV. A multi-talented football star, Tom was a member of two Baltimore Colts championship teams. Fans – both from the Colts and Ravens – loved him dearly. He was a legendary figure in this community and in the football world. We extend our deepest sympathies to his wife, Judy, and their family.”

Matte was something of a larger-than-life figure in Columbus, too. On a 1959 Buckeye team plagued by injuries, the high school running back made the move to quarterback to fill in. A year later, Matte was named team MVP and finished seventh in the Heisman voting, throwing for 737 yards and eight touchdowns while rushing for another 682 yards and two touchdowns.

With the Colts, Matte was twice named a Pro Bowl halfback and earned All-Pro honors in 1969. He rushed 4,646 yards and 45 touchdowns and over his 12-year pro career.