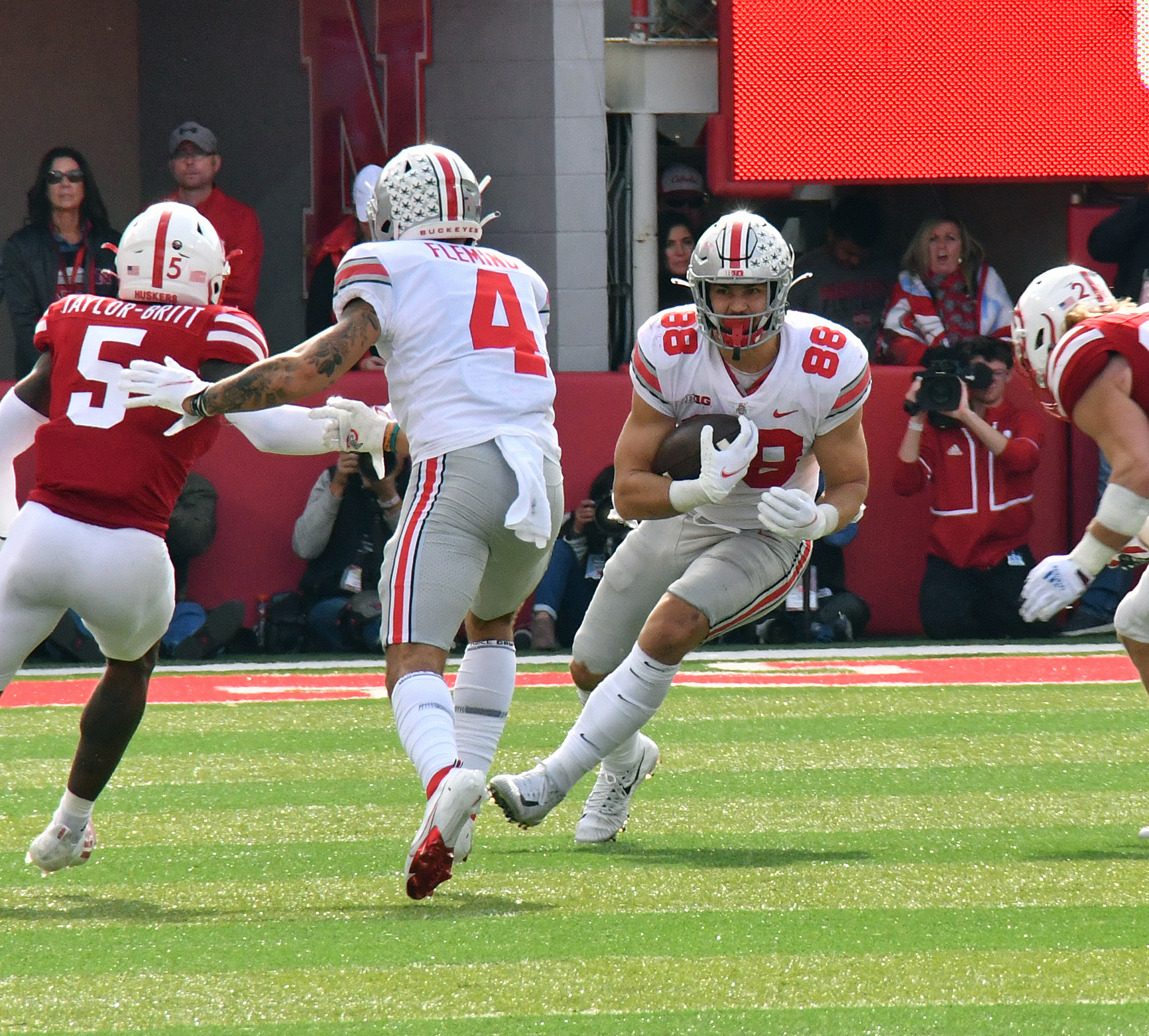 1. Is Adrian Martinez good enough to challenge the Buckeye defense?

He was, but not enough to actually pull off the upset – though that may be less on the senior quarterback and more on the former Cornhuskers QB calling the shots from the head coaching chair. Martinez was far from perfect, completing only 16 of his 31 attempts through the air for 248 yards and a score, but he did a solid job in the face of Ohio State’s ferocious pass rush and managed to manufacture an early fourth-quarter drive of more than 70 yards that would have given Nebraska a 24-23 lead had been allowed to conclude it.

However, after his first incompletion of the 11-play drive, head coach Scott Frost decided to take the ball out of the hands of his QB and to put it at the foot of inconsistent kicker Chase Contreraz, in hopes of cutting Ohio State’s one-score lead down to… one score, from six to three – which would require another field goal from Contreraz, who had struggled all season, for it to have any value.

Of course, Frost didn’t even get the benefit of the three points, because his troubled kicker missed from 31 yards out and Ohio State went on to secure a 26-17 victory. There’s no guarantee that Martinez converts on the fourth-and-4 from the Buckeye 13 that Frost decided to kick on, but he had as good a chance as his kicker did, and a touchdown would have put Ohio State under serious late-game pressure for the first time since the Oregon game.

2. Is the rushing attack in for a bounce-back week?

It most certainly was not. The Buckeye rushing attack was stuck in the mud for much of the afternoon against the Cornhuskers, and it wasn’t until the final minutes of the game that halfback TreVeyon Henderson managed to bust through the line for his two best runs of the night – first for 11 yards and then for 22.

This makes back-to-back poor performances on the ground for the Buckeyes, and marks the third time this year that OSU has struggled against a capable rushing defense. At some point, this has to move from curiosity to concern, and ahead of a season-ending pair of matchups with Michigan State and Michigan seems as good a time as any – especially with upset-minded Purdue on the docket this week.

3. Are there style points to be had in Lincoln?

There likely should have been, but Ohio State didn’t find them on Saturday. The Cornhuskers are better than their 3-7 record indicates, but a cleaner performance from Ohio State would have gone a long way in helping the Buckeyes stand out on a Saturday that saw many of its playoff-contending contemporaries struggle with lesser foes.

Chief among them is, once again, the red zone issues. The Buckeyes were 1-for-3 on getting in the end zone from fewer than 20 yards out, struggling especially with running the ball in close quarters and twice settling for short field goals. They can take some solace in another perfect day from Noah Ruggles, but with the firepower on this offense, trying four field goals just isn’t acceptable, especially not in back-to-back weeks. Convert two of those into touchdowns and Ohio State is looking at a 34-17 victory in Lincoln.

Outside of the red zone, the Buckeyes have continued their penalty problems too, drawing eight penalties for 65 yards including six in the third quarter, many of which derailed an otherwise promising drive that could have added another seven points to the final score. A 41-17 win is a lot more convincing than 26-17, and the Buckeyes, whether they like it or not, need to be convincing right now.