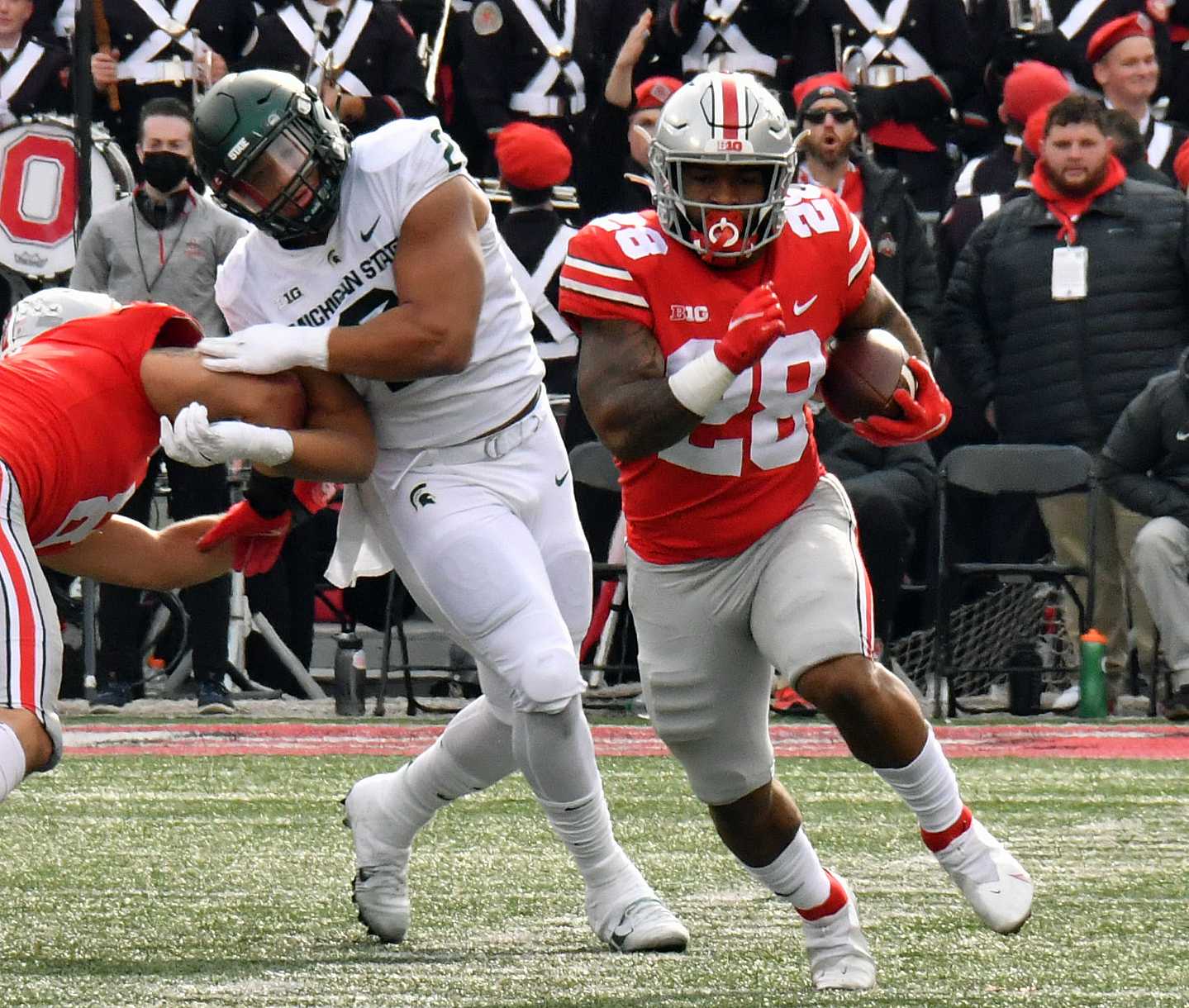 1. Is the Buckeye rush defense up to the task?

Inconclusive, though signs point toward yes. When Michigan State did run Kenneth Walker III Ohio State generally had an answer, but the Spartans only had six chances to do so, because the Buckeyes led by 14 points before this one really even got started. Michigan State was forced into a pass-heavy offense because of game state almost from the jump, so Ohio State’s rush defense really didn’t get much of a chance to flash its ability.

However, from what it did show, this unit seems to be for real – especially with Steele Chambers on the field. Michigan is going to provide another test for the Buckeye rush defense, but the game state can be just as valuable as a good defense, as Michigan State learned on Saturday.

2. Does C.J. Stroud have a Heisman moment in him?

Absolutely. In a game touted as a potential Heisman battle between Walker and Stroud, Stroud emerged not just victorious, but as the resounding favorite in a race that was without one for the first 12 weeks of the season. Alabama’s Bryce Young has risen as Stroud’s top competition, but there isn’t a quarterback in college football with a better single-game showing on his resume this season than Stroud, who was masterful in dicing up the Spartans defense.

If he can find something even close to that against Michigan in Ann Arbor, the trophy should be his come early December, making him the first Buckeye to earn the hardware since Troy Smith in 2006.

3. What kind of shootout will this be?

A very one-sided one, apparently. Ohio State was all over MSU from the jump and rolled out to a 14-0 lead before anyone could even get to their seats. The Buckeye passing offense’s ability to score from anywhere is just so lethal, especially early in games, and Michigan State wasn’t able to avoid being gashed.

It’s tough to bounce back from a two-score deficit against anyone, but the way that this group gets into that lead and the firepower on this offense makes it that much trickier to do against the Buckeyes, and Michigan State never really even came close to making this a game.