Three Questions Ahead Of Ohio State-Purdue 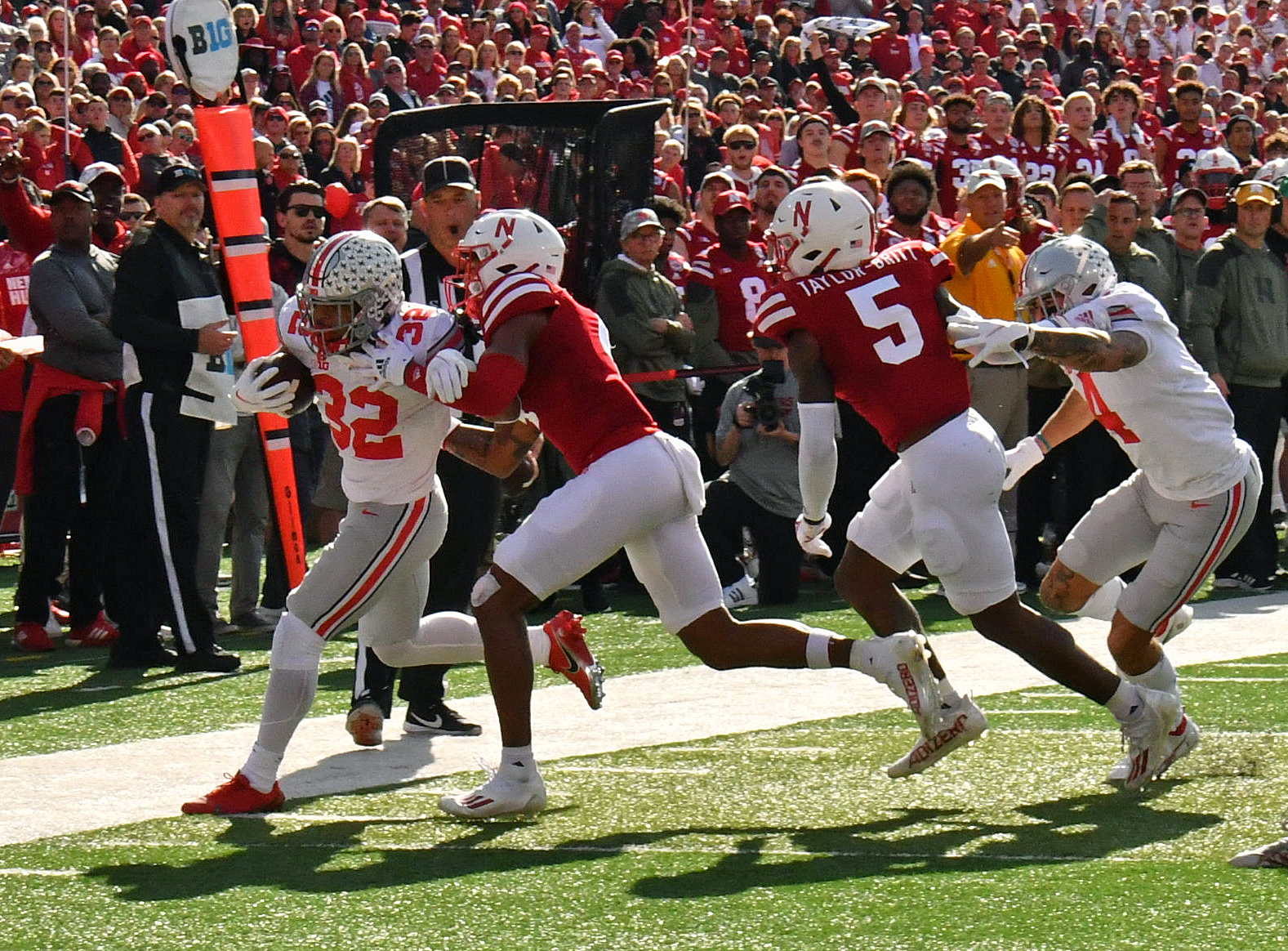 1. Does Ohio State have an answer for David Bell?

Ohio State doesn’t exactly have a strong record against true No. 1 receivers this season. Granted, it isn’t exactly an expansive list, but an otherwise improving secondary has not frequently proven up to the task when asked to shut down a strong top receiver. Josh Johnson of Tulsa was the first real candidate of the season for No. 1 cornerback to deal with. Johnson has 51 receptions for 638 yards on the season – not amazing, but good enough to qualify here, and he nabbed eight passes for 149 yards against the Buckeye defense.

Burke and his teammates were able to somewhat limit Rutgers wideout Aron Cruickshank, but he did manage to make a house call from 75 yards out as part of a three reception, 103-yard day. The best two performances of the season against a strong top receiver came against Maryland and Indiana when Rakim Jarrett and Ty Fryfogle combined for only two receptions and 73 yards – one each.

But, the Buckeyes were back to their struggles against Jahan Dotson of Penn State, who was wide open all game to close out October in Columbus. Even Samori Toure, not exactly a superstar, exploited the Buckeye secondary a week ago for Nebraska. This is an improved group, certainly, but it is still without a great answer to great receivers.

That’s bad news for the Buckeyes heading into a weekend matchup with Purdue’s David Bell, who has almost single-handedly carried the Boilermakers to a pair of top-five wins over Iowa and Michigan State. Quarterback Aidan O’Connell is good at getting him the ball, and Bell has been almost impossible to stop for just about every defense he’s played. He already has 1,003 yards of 64 receptions for the year and unless Ohio State has made some serious changes, that number is going to be seeing a big increase again on Saturday.

There’s a connecting fiber for each of those matchups that the Buckeyes had against difficult receivers – despite being gashed in several instances, Ohio State didn’t lose a single one. Oregon beat the Buckeyes on the ground, not through the air. Even if it isn’t pretty, a killer receiver hasn’t dismantled OSU’s defense thoroughly enough yet to actually claim a win for his team.

Just how much does David Bell have to do to turn that around? Against an Ohio State offense with so much theoretical firepower and without much in the way of a rushing attack to lean on, how dominant does the Purdue passing attack need to be to get a win? Penn State passed for well over 300 yards in a losing effort. Do the Boilermakers need a repeat of the MSU game, with well over 500?

3. Is the rushing attack terminal, or just slumping?

The last two games have not been kind to Ohio State’s rushing attack. With what seems to be a dinged-up TreVeyon Henderson behind a shaky and unsettled offensive line, Ohio State’s zone running schemes have faltered and the Buckeyes seem to be fairly unwilling to innovate offensively within the season. The Buckeyes couldn’t get much going against either of their last two foes, and Purdue’s front six is the strength of the defense. Finding a way to generate yards, whether it’s with a new scheme or a new-look like (hello, Matt Jones), is going to be critical on Saturday.