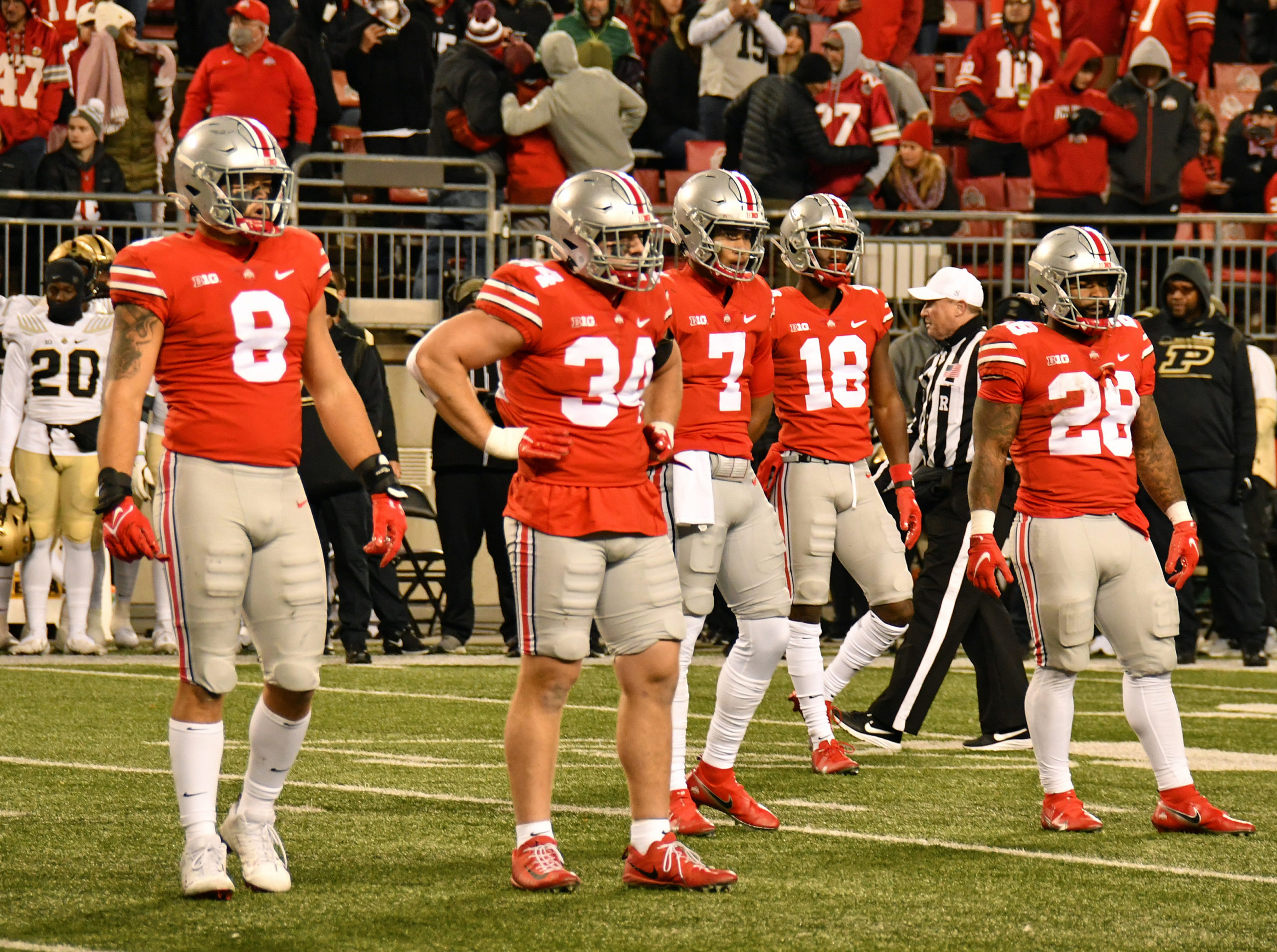 1. Is the Buckeye rush defense up to the task?

Ohio State’s rush defense enters this game in a unique spot. It’s been downright excellent for much of the season, stifling every rushing attack it has faced since early September. Concerns about it that popped up because of rough showings against Minnesota and Oregon have all but faded from the consciousness as the Buckeyes have torn through the Big Ten, allowing very little in the way of solid rushing attacks from any of the last eight squads on the schedule.

But, let’s take a little bit of a closer look at that schedule.

MSU, meanwhile, touts the nation’s 29th best rushing attack in yards per game (197.8) and the 12th most efficient per carry, averaging 5.3 yards a touch (12th nationally). That’s a bit of a step up in quality for a different that’s faced only two top 100 rushing attacks since September 11th. Is it truly improved enough to hang with Heisman favorite tailback Kenneth Walker III, or has the Buckeye front been coasting on bad foes?

2. Does C.J. Stroud have a Heisman moment in him?

On the other side of that coin, Michigan State is not bringing with it a passing defense to be particularly confident about. The Spartans boast the worst passing defense in the country per game, allowing a ghastly 329 passing yards per contest (though with a much better 6.9-yard average per attempt).

In his nine games as the starter for OSU, C.J. Stroud has dealt with, on average, the No. 60 defense for passing yards per game (226.2 yards per game) and the No. 50 defense for yards per attempt (7.1). He’s made himself a Heisman contender against that bunch, so it’s hard to imagine the lowly Spartan secondary providing much in the way of resistance.

The only real path to success for Michigan State against the Buckeye passing attack? Sacks. MSU has 32 on the season, good for 15th nationally. If it can get to Stroud early and force him into a short passing game, 400 yards through the air would be a little easier to swallow.

The Buckeyes are at their best when they can create big plays and score quickly, and if Michigan State can force long, winding drives, it’ll have a better chance of getting off the field with three or zero points on the board, rather than seven (especially with the nation’s No. 8 red zone defense for touchdown percentage. Field goals are victories in a shootout, which brings us to question No. 3.

3. What kind of shootout will this be?

Michigan State wants to run the ball and score with big drives, leaning on Jayden Reed as a change of pace in the passing game to create room for the true star of the show at halfback. Ohio State wants to score as quickly as possible, working the ball outside to its trio of outstanding wideouts while using TreVeyon Henderson and Miyan Williams in the ground game as a change of pace to draw the defense in.