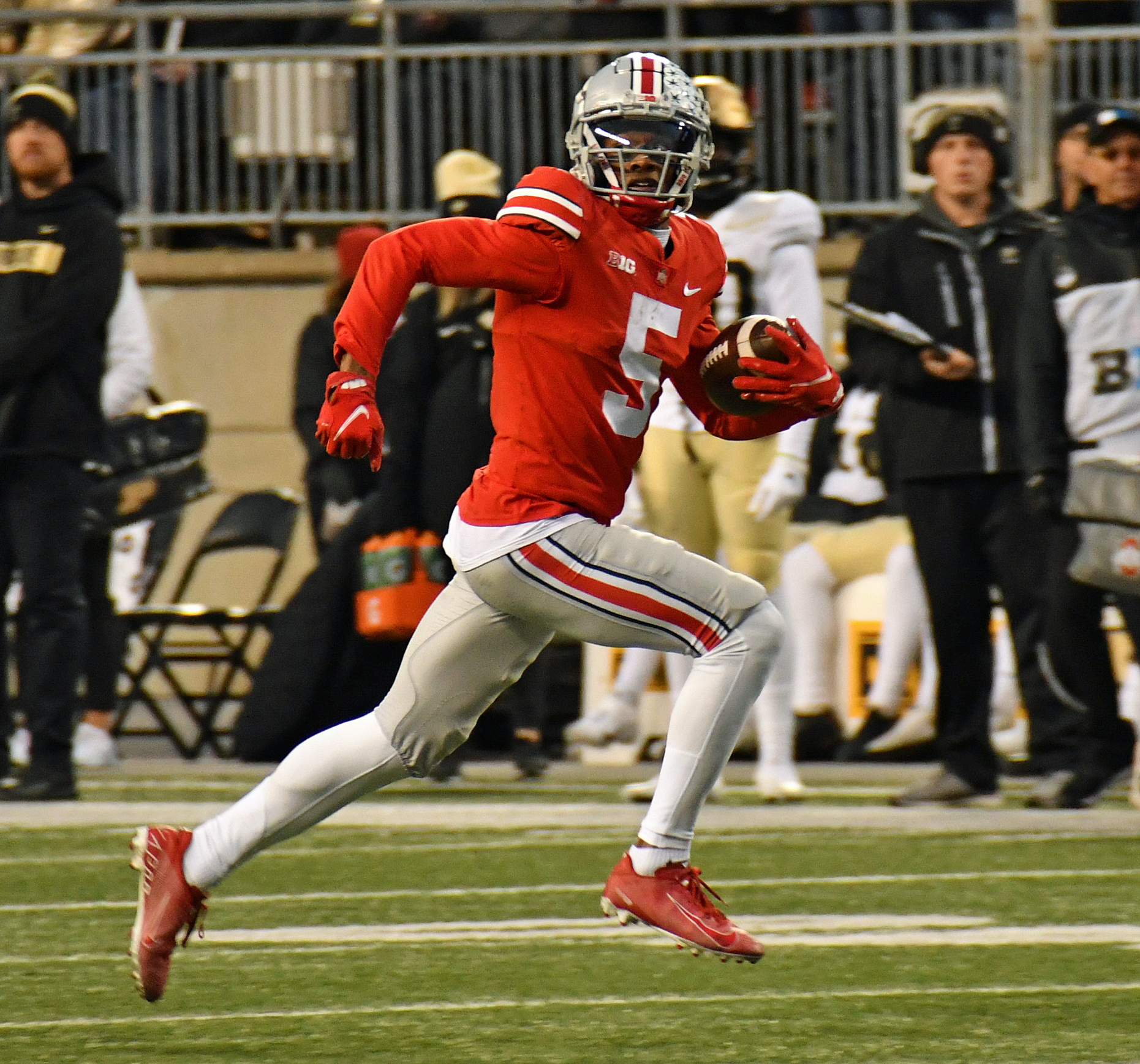 This game will go one of two ways. Either Ohio State kicks Michigan State to the curb, or the Spartans keep the game close, and the teams compete until the final second. I’m more inclined to think the former will be accurate.

Michigan State has the worst pass defense in college football, and for a team about to face C.J. Stroud and three future first-round picks in wide receivers Chris Olave, Garrett Wilson and Jaxon Smith-Njigba, that is nightmare fuel. The Buckeyes will have a field day throwing the ball around the field and can mix in carries from TreVeyon Henderson and Miyan Williams.

In this game, Ohio State will struggle to contain Heisman Trophy candidate Kenneth Walker III, and I expect him to put up impressive numbers. However, despite its improved play in recent weeks, I’m not sold on Payton Thorne and the Michigan State passing attack. I think Thorne could be in for a few turnovers, keeping the Spartans’ offense from finding any absolute consistency.

Take a deep breath, Buckeye fans. Mark Dantonio is gone, and so are the days when Michigan State plays spoiler. I think Ohio State is simply the better team in this top-10 matchup. As head coach, Ryan Day handles his business against inferior opponents, and I think he does that again on Saturday.

We’ve got a pair of extremely movable forces against unstoppable objects here, and both offenses are serving as the objects. That tells me to expect a shootout, even if one of the two offenses would really prefer to burn some time on the ground.

On one side, Ohio State’s passing attack is, at its best, easily the No. 1 unit in the nation. C.J. Stroud has been undeniable when he’s on his game, and there isn’t a cornerback room in America that can account for the trio of Chris Olave, Jaxon Smith-Njigba and Garrett Wilson. The Buckeye offense has been janky at times this season, but it’s going up against the worst pass defense in America. That’s not hyperbole, Michigan State’s pass defense is statistically the worst in the nation, and it isn’t close. This is not a favorable matchup for Mel Tucker’s group.

But, on the other side, Ohio State needs to find an answer for Kenneth Walker III, and against the two good rushing offenses it faced this season it didn’t exactly look the part. But, it’s been two months since Minnesota and Oregon gashed the Buckeye front, and plenty has changed between then and now that indicates improvement, though that’s tough to trust in full at this point.

Ultimately, passing generates more yards than rushing and can do damage a whole lot quicker. Ohio State gets the edge with a bit more consistency offensively and holds onto the lead late to stay alive in the national race.

Braden Moles: Potential Shootout Favors The Buckeyes
Ohio State begins the gauntlet to end the regular season by welcoming Michigan State, with the appearance of being the best team the Buckeyes have played so far this year.

Offensively, the Spartans bring some juice with a respectable season from quarterback Payton Thorne and a potential Heisman candidate in running back Kenneth Walker III. Ohio State’s defense gave up more points and yards to Purdue than anyone was comfortable with, and if they play the same this week, they could be looking at some big numbers from the Spartans’ playmakers.

Michigan State’s passing defense, on the other hand, has been written about ad nauseam this week, and for good reason. The Spartans are dead last in passing yards allowed, with opposing quarterbacks averaging 329.4 yards per game. This comes with the caveat, however, that the Spartans are facing eight more passing attempts per game than any other team in the nation, so Michigan State ranks a respectable 44th in yards per attempt with just 7.1 allowed.

It doesn’t seem that Michigan State will be able to keep up with Ohio State’s offense that has started finding its stride in the final month of the regular season. The Spartans will put up some points, but it won’t be enough to pull off the upset in Columbus.

I read the comments of Michigan State defensive coordinator Scottie Hazelton, and unless I completely misinterpreted what he said, it looks like the Spartans are going into tomorrow with the same kind of game plan that Purdue had last week – focus first on shutting down Ohio State’s running game but stay with a coverage shell in the secondary to prevent the Buckeyes from going over the top.

That is precisely what got the Boilermakers sliced and diced to death by C.J. Stroud, and unless Hazelton is simply putting up a smokescreen for what he’s really going to try to do, the Buckeyes will run away and hide just like they did against Purdue.

There is no denying that Sparty has a potent running attack with Heisman hopeful Kenneth Walker III, and this is as good a time as any – before the real stretch run to the playoff – to find out how much the Buckeyes have improved against the run from puny early-season performances against Minnesota and Oregon.

There is also no denying that Michigan State will be unable to stop Ohio State’s passing attack. The Spartans will try to pressure Stroud with sack masters Jacub Panasiuk and Jeff Pietrowski (5½ sacks apiece), but those two aren’t enough to make up for the worst pass defense in college football. And that’s not an overstatement. Sparty ranks 130th of 130 FBS teams in pass defense, and putting that unit on the field against the No. 1 scoring offense in the country creates one heckuva mismatch.