Three Questions Ahead Of Ohio State-Maryland 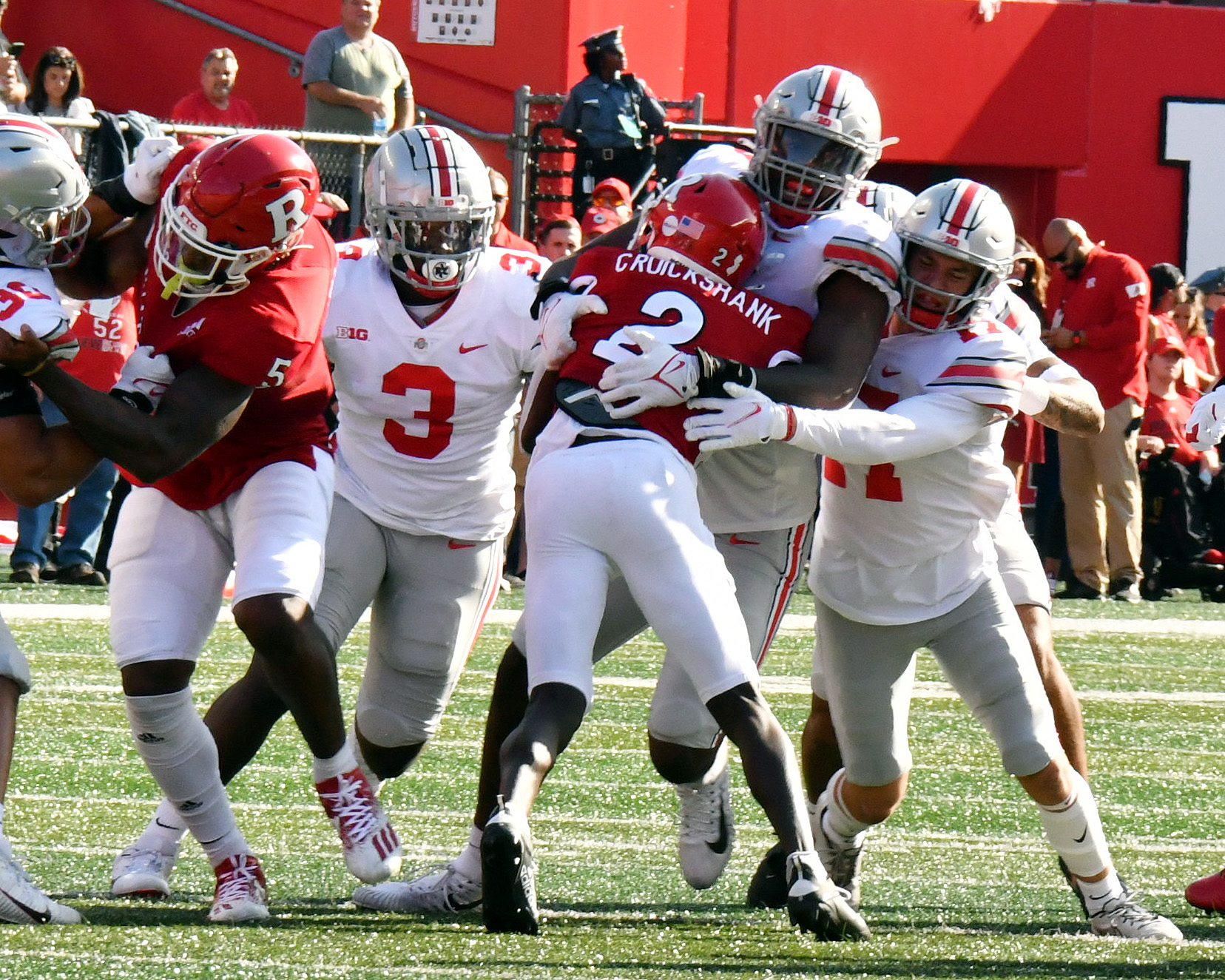 1. Can the Buckeye defense hold up to a better offense than Akron’s or Rutgers’?

Ohio State’s defense has taken a step forward since its week two loss to Oregon and a similarly poor showing in week three against Tulsa. Under new coordinator Matt Barnes’ guidance, the Buckeyes look more comfortable and more varied in their schemes, bringing frequent pressure and mixing in two-high looks to counter-balance the one-high schemes that OSU was so reliant on in the first three weeks of the season.

The result? Seven points allowed to Akron, and 13 to Rutgers, seven of which came with the Buckeye backups on the field. Both teams were still able to generate some yardage, but the newly aggressive Ohio State defense is forcing quite a few turnovers, helping to bolster the “bend-don’t-break” system that Ryan Day seems comfortable with.

Those offenses, though, are far from strong. Akron may be the worst team in college football, and Rutgers, while it is improving, is similarly impotent on that side of the football. Even the Tulsa offense, which is far from good, gave Ohio State more than 500 yards of work.

Against Maryland, Ohio State’s new-look defense will face its first real test. The Terrapins are coming off of a disastrous showing against Iowa, but when he’s on, quarterback Taulia Tagovailoa is the best quarterback in the Big Ten, and wideout Rakim Jarrett is the best that Ohio State has squared off against yet this season.

2. Will Ohio Stadium approach 100,000 in attendance for the first Big Ten home game?

It hasn’t been a great year for the Ohio State ticket sales department. The Buckeyes barely scrapped 100,000 in their marquee matchup against the Ducks, brought in just over 76,000, the lowest in decades, against Tulsa, but managed to rebound around the 90,000-mark against Akron. For a stadium that boasts a 102,000-person capacity and can hold even more than that, those numbers are historically low, at least when compared to recent Buckeyes teams.

There are myriad reasons for the drop, but that’s not what’s up for questioning here. Rather, with a decent Big Ten foe coming to town – Ohio State’s first Big Ten home bout of the season – will the Horseshoe approach a return to form? Can the Buckeyes press the 100,000-mark for just the second time this season? Or will it be another paltry showing, amidst a pandemic, with ticket prices still well above where they once were?

3. Is Ohio State sticking with the new offensive approach?

Ohio State deployed a bit of a new look on offense against the Scarlet Knights on Oct. 2, to great success, gaining 541 total yards and racking up 45 points (with another seven from Denzel Burke’s interception that he returned for a touchdown). The changes weren’t drastic – Ohio State is still a zone running team – but did stand out. C.J. Stroud was asked to throw more intermediate passes than he was deep shots, a move closer to what the Buckeyes did in Day’s first year in town under J.T. Barrett’s guidance and away from the play action-heavy attack that Justin Fields orchestrated.

Was it an approach specific to Rutgers, or is that the new normal for this Buckeye offense?