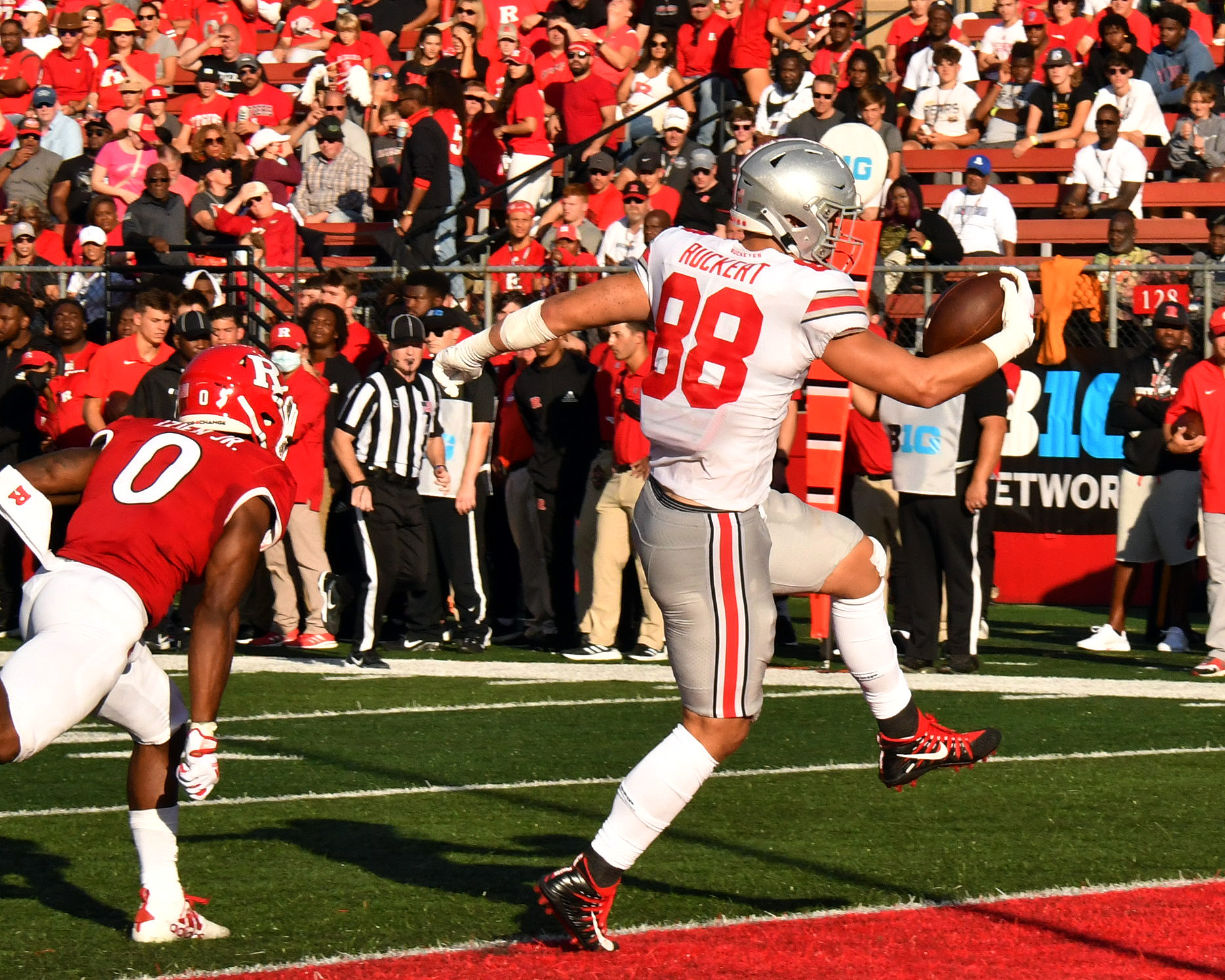 In recent weeks, Ohio State coaches and players have shared a consistent message of gradual change. They claim the Buckeyes are a different team than they were at the beginning of the season, and I agree.

But that’s not the only change in Columbus. It would seem the Buckeyes have made a conscious effort to embrace the youth of this team. Freshmen like TreVeyon Henderson, Denzel Burke, Tyleik Williams, J.T. Tuimoloau and others are the most exciting players outside of Chris Olave, Garrett Wilson and Haskell Garrett.

I also cannot go without mentioning sophomores Jaxon Smith-Njigba, Ronnie Hickman and Cody Simon, who have made a significant impact for the Buckeyes on more than one occasion this year. Of course, redshirt freshman C.J. Stroud is QB1, so we can’t forget about his growth, either.

This week, I think head coach Ryan Day and his staff continue to rely on younger players to lead Ohio State to victory as it continues to build momentum with another Big Ten win. The Buckeyes may struggle to contain Taulia Tagovailoa and company, but I expect the group-thinking defensive staff to adjust accordingly. As for the offense, you can’t screw this thing up — take care of the football, and that’s the ball game.

If the answer is the former, then this game could be much closer than the spread is predicting. The Buckeyes’ defense could struggle on defense against quarterback Taulia Tagovailoa and some solid threats at skill positions on offense, while C.J. Stroud could regress to his form against Tulsa.

But I see the latter being more likely. I am not sure that the Terrapins will look as dreadful as they did against Iowa, but I think that Ohio State has turned on a switch and that this offense is borderline unstoppable against anything but the most elite of elite defenses.

The Buckeyes should win this game based on offensive output alone, and it will be up to the defense if it will be lopsided or not. I’m thinking that it will be a pretty dominant victory heading into the off week.

In nine games as the starting quarterback at Maryland, Taulia Tagovailoa has had two settings: fantastic, and unplayable. Six times, Maryland has seen the latter – winning all six games in the process. Three times, however, Tagovailoa has tossed at least three interceptions. He did it against Northwestern and Indiana in 2020, both losses, and he just did it against Iowa a week before this game, tossing five interceptions in a 51-14 laugher.

Now, if we’re playing the odds, that shouldn’t happen again. On average, Tagovailoa is a good to very good quarterback, and 66 percent of the time, the great version of him has shown up for the Terps, including in each of their first four games this season.

But, when faced with a defense that plays steadily in coverage and pressures the quarterback, he turns into a pumpkin.

Ohio State’s defense likes to do both but isn’t yet consistently great at either. The Buckeyes will try to pressure Maryland all game from a variety of blitz packages, and it will hope to play seamless zone and man defense in the backfield, but even in its pair of strong performances, neither was a constant. I think this is the first middling game of Tagovailoa’s career.

When comfortable, he picks the Buckeye defense apart and leads multiple touchdown drives. But when the freshmen defensive line trio of Jack Sawyer, J.T. Tuimoloau and Tyleik Williams enters the game and can start to pressure him, expect to see more turnovers for an opportunistic secondary.

With C.J. Stroud leading an offense rapidly approaching excellent, that will be more than enough for a fourth straight Buckeye victory.

Full confession. I was a lot more worried about this game before Maryland threw up all over itself last Friday night, committing seven turnovers and allowing Iowa to run away with a 51-14 victory. The Hawkeyes scored five touchdowns in the second quarter, and none of them came on possessions longer than 59 yards.

Is he the one who averaged better than 300 yards per game heading into the Iowa contest, or is he the shell-shocked one who threw for only 157 yards against the Hawkeyes? It won’t help that one of Tagovailoa’s favorite receivers, Dontay Demus Jr., will miss the rest of the season after tearing up a knee last week. That is one fewer threat Ohio State will have to worry about, but there are others.

Quite frankly, I don’t think Maryland’s defense is any match for the Buckeyes. Iowa scoring 51 points is a bit of an aberration because of all the turnovers the Terrapins gifted them. But Maryland is still not very good at stopping other teams, especially from throwing the ball, so that means C.J. Stroud should have another game, not unlike the one he had last week against Rutgers.

For me, it comes down to how rattled Tagovailoa remains from last week. One would have to think the Maryland coaching staff would want him to get his confidence back by testing Ohio State’s linebackers with medium-range throws. And the very thought of that worries me enough to adjust my final score accordingly.