Three Questions Ahead Of Ohio State-Indiana 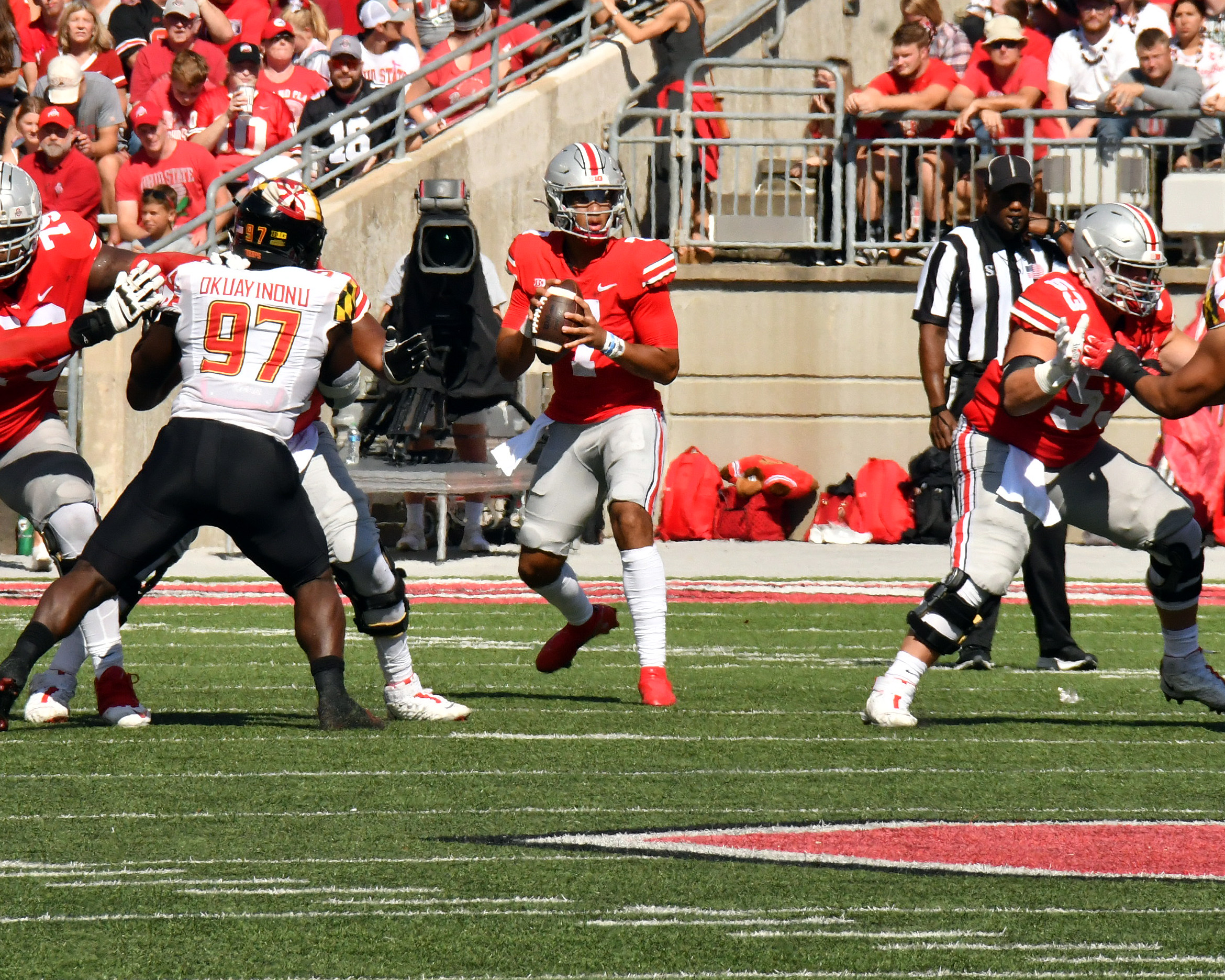 1. How will C.J. Stroud handle the blitz?

A pressure-heavy defense is always a great test for a new starting quarterback, and Indiana certainly likes to bring the heat. C.J. Stroud has yet to really face that during his time at Ohio State. Oregon provided a decent amount in week two, but the Buckeye offensive line picked it up well until the fourth quarter, and Stroud’s issues in that game seemed to be tied more to his injured shoulder than to any fear of the pass rush.

Now fully healthy, Stroud is set to face off with the Big Ten team that brings more designed pressure than any other. The Hoosiers haven’t been good at a whole lot this season, but they do still blitz the quarterback with impunity, and they have a veteran linebacker room to do it. The challenge here is just as much on the Ohio State interior line as it is on Stroud because Indiana is quite fond of A-gap pressure, but standing in the pocket and delivering – or knowing when to bail – when linebackers Micah McFadden, Cam Jones and Marcelino McCrary Ball are flying in is a big piece to solving the Indiana puzzle.

If Tiawan Mullen and Reese Taylor aren’t healthy enough to play at cornerback, Stroud’s ability to get the ball out on time becomes that much more important, because the front seven is just about the only option Indiana has for stopping the Buckeye passing attack.

2. Can the Buckeye defense dominate a bad offense?

At some point, Ohio State’s new-look defense is going to be tested, but it certainly won’t happen on Saturday. Indiana’s offense has been one of the nation’s worst this season under offensive coordinator Nick Sheridan and with starting quarterback Michael Penix Jr. out indefinitely, things don’t look likely to get much better anytime soon.

Backup Jack Tuttle isn’t exactly lighting the world on fire in his place and true freshman Donaven McCulley, while very good, has been seeing his first collegiate playing time in just the past few weeks, and probably isn’t ready to step in. The rushing attack does very little to pick up the slack, there’s no passing game beyond Ty Fryfogle at receiver, and the veteran offensive line has struggled immensely with creating a push or keeping its quarterback upright.

This isn’t a good test for the quality of Ohio State’s defense in the traditional sense, but it does serve as an interesting barometer. The good defenses on Indiana’s schedule have absolutely stomped this group. Cincinnati, Iowa, Michigan State and Penn State allowed just 45 combined points in their matchups with the Hoosiers. That’s less than two touchdowns per game, 11.5 points per matchup to be exact. Can Ohio State hold Indiana to a similar mark?

3. Is there a risk that Ohio State is looking ahead to next week?

It’s always going to be a risk in a game like this one, with a game like next week’s on the docket, especially for a young team. Fresh off an off week, Ohio State should be fully rested and prepared for Indiana, but the Hoosiers are 2-4, it’s a sleepy night game, and top-10 Penn State is slated for a trip to Columbus just a week later for a second straight late kickoff. Indiana has surprised the Buckeyes before.

If they sleepwalk here, the Hoosiers are at least competent enough to keep it somewhat competitive. If Ohio State is wide awake, though, this one could get out of hand early. Which version of the Buckeyes arrives in Bloomington – the one from the first three games of the season, or the one from the next three??