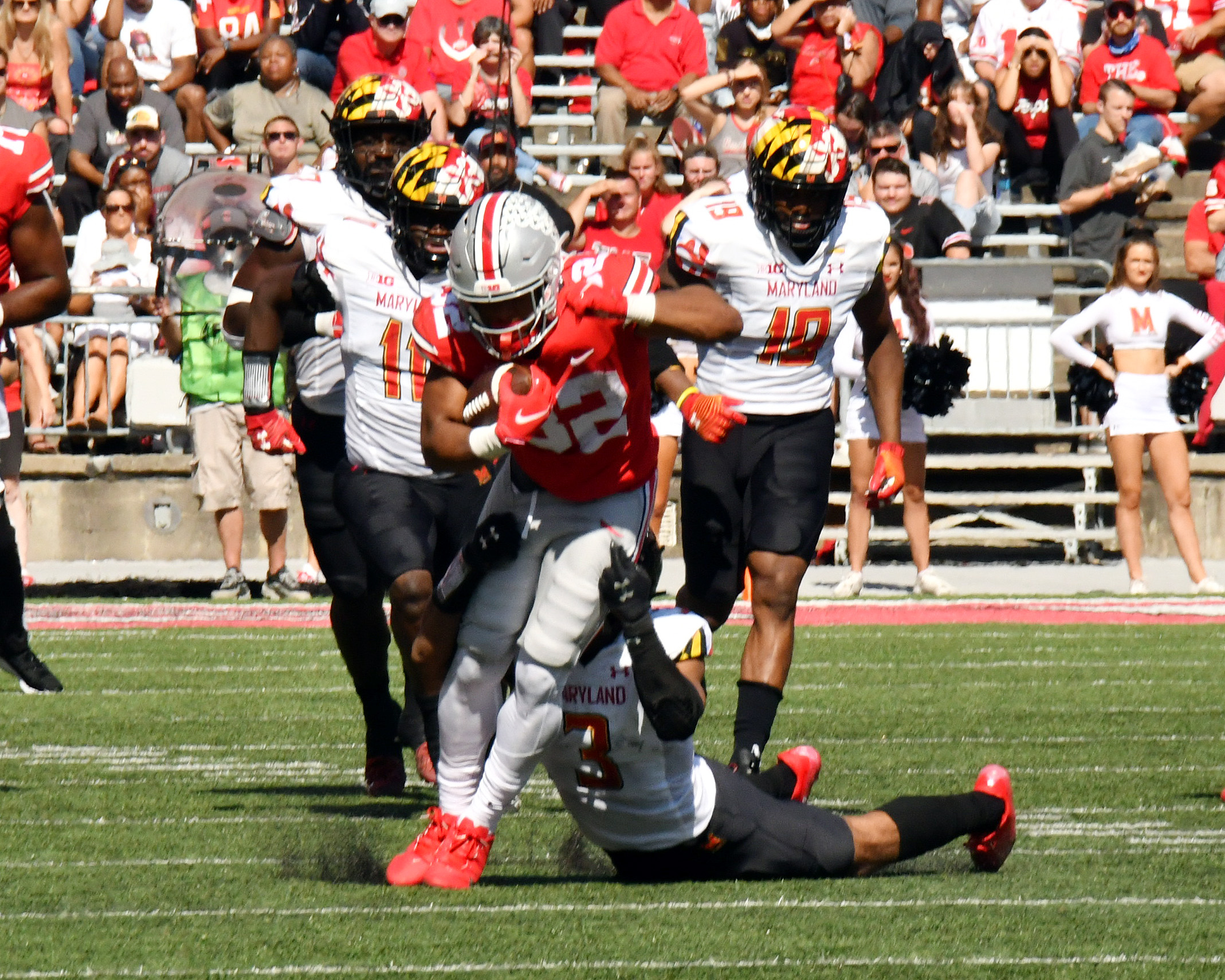 Ryan Day doesn’t tolerate sluggish performances after “bye” weeks, except one day — Nov. 21, 2020 — when Ohio State hosted Indiana at Ohio Stadium. However, the Buckeyes didn’t really get an off week before their matchup with the Hoosiers. The team’s scheduled game with Maryland the week before was canceled because the Terrapins experienced a COVID-19 outbreak within the program.

Still, Ohio State played Indiana in the mid-fall contest. It looked dominant in the first two quarters and created a 28-7 halftime lead. Day’s well-oiled machine looked to be running at total efficiency. In the second half’s opening possession, Justin Fields connected with Garrett Wilson to extend the lead to 35-7.

Then, the wheels fell off the wagon. Indiana surged back — Michael Penix Jr. tossed the football for 491 yards and five touchdowns, while Ty Fryfogle torched the Buckeye secondary, collecting seven receptions, 218 yards and three scores.

The Hoosiers brought the game to within seven points, but the Buckeyes held on for a 42-35 win.

The Ohio State – Indiana game will not look like that this year. The Buckeyes are on a roll, while the Hoosiers continue to roll with the punches in one of the more difficult early-season schedules in college football in 2021-22. Without Penix and many defensive players, I expect Day and his team to continue building on its success this week and cruise to a primetime win in Bloomington.

Patrick Mayhorn: Buckeyes Have Nothing To Fear In IU

The question in the weeks leading up to Ohio State’s week off, as the Buckeyes were set to do battle with Rutgers and Maryland, revolved around which version of the team would show up. After a tremendously slow start to the season, it was hard to know just how legitimate blowout victories over Akron or even the Scarlet Knights were. But after Ohio State rolled over Maryland on Oct. 16, I no longer have such questions here. Indiana’s defense is capable and rushes the passer well, but the team, in general, is not especially good. Ohio State isn’t going to struggle with teams that aren’t especially good. Not anymore.

The bigger question for me is the extent to which Ohio State exerts its will here. When firing on all cylinders, I think this ground could very, very easily beat Indiana as badly as it did Maryland. The Hoosiers have a similar number of flaws, and the offense is quite a bit worse than the one that the Terrapins field – that ground scored just 17 points. The blitz-heavy Hoosier defense could cause Ohio State’s offense a few more problems, but I haven’t seen C.J. Stroud or this line struggle with a blitz yet. I’m not going to think of it as a problem until I see it.

Ohio State takes this one in emphatic fashion, and begins its march toward a top-10 night matchup with Penn State.

Mark Rea: This Year’s Hoosiers Should Be No Match For OSU

When Ohio State’s 2021 schedule was released, the game against Indiana probably set up a rocket flare for anyone who remembered how the Hoosiers nearly came all the way back from a 28-point deficit against the Buckeyes last year before finally succumbing to a 42-35 decision.

First game back after a week off? Check.

An opponent easily overlooked with Penn State coming to town next weekend? Check.

All ingredients for a trap game.

But then Indiana went from the new-and-improved Hoosiers that posted a 6-2 record last year including wins against Michigan, Penn State and Wisconsin, and reverted back to the Indiana of old. The team that began this season ranked No. 17 in the country has been outscored by a 78-21 margin in its three Big Ten games this year, and that doesn’t bode well when the Buckeyes take the No. 2 scoring offense in the nation to Bloomington tomorrow night.

QB Michael Penix Jr. is still out indefinitely after separating his shoulder against Penn State during the first weekend in October, and the Indiana offense is a shadow of its former self when Penix is out of the lineup. Backup Jack Tuttle threw two interceptions and lost a fumble during last week’s 20-15 loss to Michigan State.

IU made a game of it against Sparty because of a spirited defensive effort. But the fact remains that the Hoosiers rank no higher than seventh in the Big Ten in any of the main defensive categories, and they are 13th in the conference in terms of scoring defense.

Indiana will blitz whenever it can, but that will just lead to long touchdowns from C.J. Stroud to Chris Olave, Garrett Wilson or Jaxon Smith-Njigba – maybe all three.

Look for the Buckeyes to score early and score often.