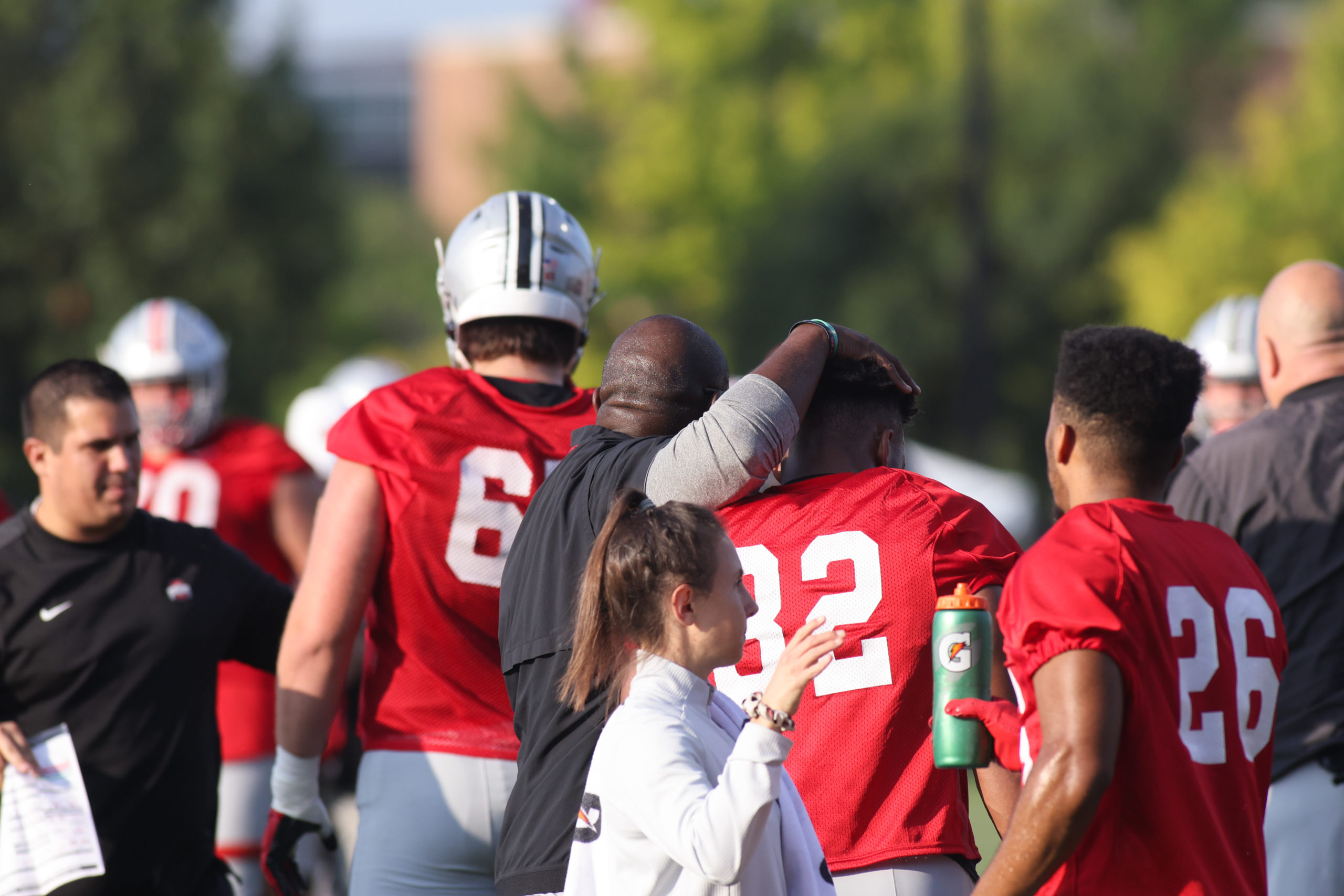 With Ohio State into fall camp and welcoming reporters back into the Woody Hayes Athletic Center to talk to coaches for the first time since early 2020, Buckeye Sports Bulletin is jumping back into the preview game with position-by-position looks at the team ahead of media availabilities with the respective position coaches. Today, running backs coach Tony Alford and several running backs will take center stage.

1. Who gets the starting nod?

Entering spring camp, the running back battle didn’t seem to be much of a battle at all. With incumbent starter Master Teague III returning for his fourth season in Columbus and a group of young backs around him, the Tennessee native was considered the obvious starter, with the more pressing battle taking shape behind him for the No. 2 and No. 3 roles.

However, through fall camp, Teague seems to have fallen by the wayside a bit. Miyan Williams has earned the vast majority of first-team reps with the Buckeyes throughout the preseason practices, and freshman TreVeyon Henderson hasn’t been far behind, nipping at the veteran’s heels. Williams is the presumed favorite with just two weeks before the Buckeyes take the field against Minnesota, but Henderson has surged for weeks now, and it’s hard to fully count Teague out, even if he doesn’t have the top-end quickness that his counterparts possess.

2. Can Ohio State keep TreVeyon Henderson off the field?

The five-star freshman from Hopewell, Va., has entered his first fall camp in Columbus with more hype than any Buckeye running back recruit since Chris Wells, which checks out, given that Henderson is Ohio State’s first five-star ball carrier since Wells came to town. Every early report indicates that the excitement has been well-founded. Henderson looks like the quickest player in the room and feels like a threat to take every single touch to the house in a way that the other backs just don’t.

He is, still, a freshman though. Ohio State is always anxious about passing large roles onto young players, and running back is no different. Henderson hasn’t likely established himself enough yet as a blocker to earn a full-time starting role entering the season, but it’s hard to see Ohio State keeping him off of the field because of how different he looks with the ball in his hand. This isn’t an offense that has much interest in turning away explosive players.

3. What’s the role for Master Teague?

It seems that the fourth-year halfback that opened the 2020 season as Ohio State’s starter has fallen into a tough spot, just as he did in 2020. After losing his job to Trey Sermon at the end of last season, Teague has been, by just about every measure, passed up by Williams this offseason. It’s hard to imagine him holding off the young guys indefinitely either, and Marcus Crowley brings a dimension in his ability as a pass-catcher that Teague lacks.

What does that leave for Teague? His skill set is unique because of his size, but this isn’t an offense that’s showed much interest in a power runner in recent years. Teague could make sense as a short-yardage back, but Williams is just as punishing a runner and doesn’t have the same issues with cutting to the outside that his predecessor does. It’s hard to see Ohio State eschewing its veteran leader completely but it’s just as hard to find a place for him in this room.