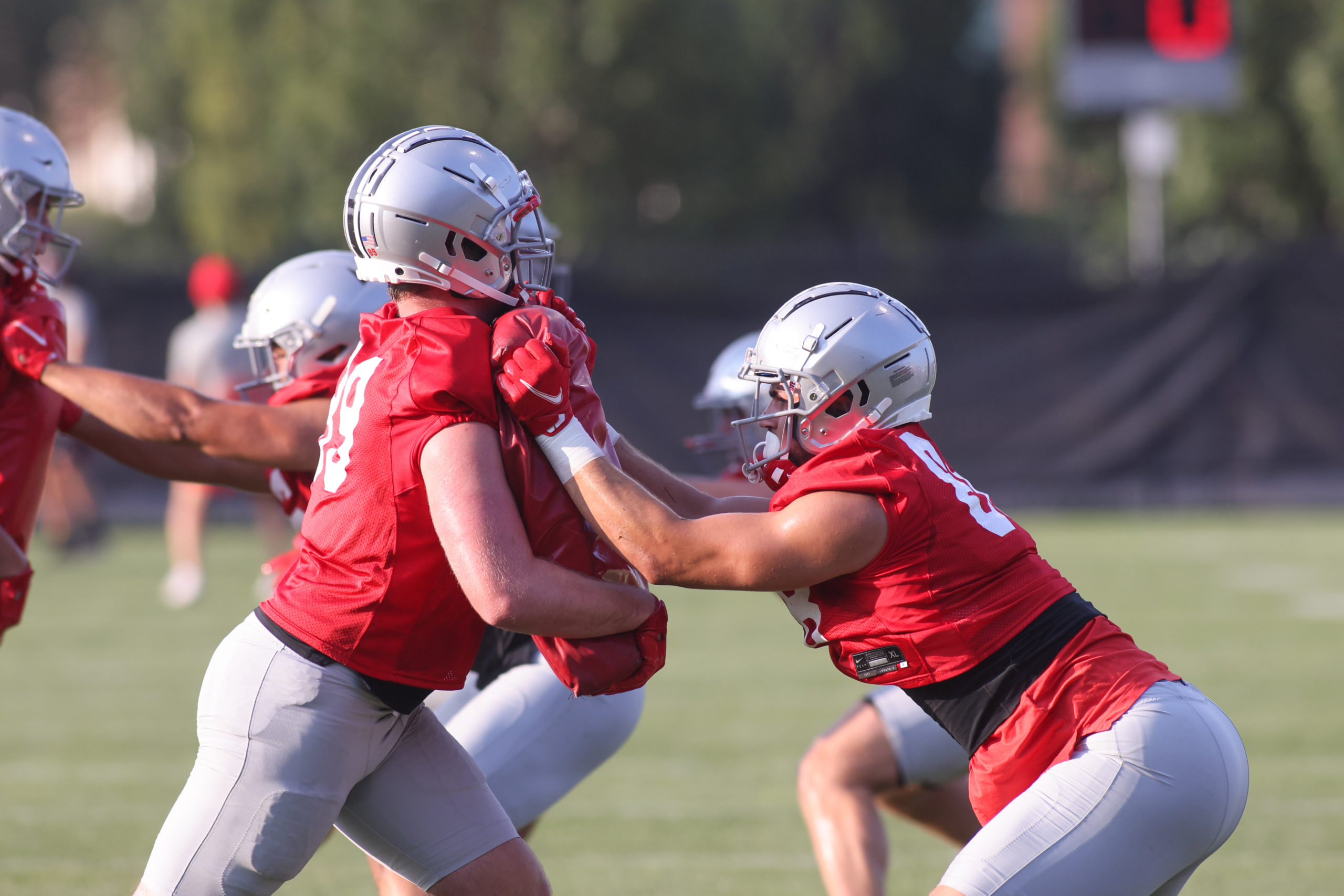 With Ohio State into fall camp and welcoming reporters back into the Woody Hayes Athletic Center to talk to coaches for the first time since early 2020, Buckeye Sports Bulletin is jumping back into the preview game with position-by-position looks at the team ahead of media availabilities with the respective position coaches. Today, tight ends coach Kevin Wilson and several tight ends will take center stage.

1. How involved with Jeremy Ruckert actually be in the passing game?

It’s the age-old question at Ohio State: will this be the season that the Buckeyes get a tight end involved in the passing game? Despite churning consistent NFL talent through the position in Columbus for years, the answer has been a steady “no” for years, back to the early days of Jim Tressel and even beyond that, with Rickey Dudley, Ben Hartsock and Marcus Baugh serving as essentially the only tight ends to breakthrough in recent memory.

Of course, quite a bit of that can be chalked up not to the tight ends, but to the offenses that Ohio State utilizes. The Buckeyes have never hired a coach with plans to put much of an emphasis on throwing to the big fellas, and none of the tight ends in that timeframe have really given those coaches a reason to change that. The assumption this offseason, however, is that senior Jeremy Ruckert can finally change that – that he’s too talented for Ryan Day to exclude him from his generally perimeter-heavy passing attack.

Through fall camp, Ohio State has indicated that Ruckert does break the mold and that he will be used more in the offense. However, we’ve seen this story before. Is this the year it finally sticks?

The question around Ruckert is, at its core, a luxury for the Buckeyes. With or without one of the best pass-catching tight ends in the country, Ohio State has the best receiver duo in the country and will be able to pass the ball. A more pressing question, as strange as it sounds, is in the tight end spot behind Ruckert, formerly filled by Luke Farrell, who was drafted by the Jacksonville Jaguars in the fifth round.

That’s right, the backup tight end at Ohio State is just as important, if not more so than the starter.

That’s less a result of positional value and more a testament to what Farrell did in the scarlet and gray. His ability as a blocker changed what Ohio State was able to do on the ground, essentially adding a third tackle onto the field without sacrificing the threat of a pass. His work on split zone looks and as a lead blocker on the perimeter was exemplary, and not exactly easy to replicate. Entering the season, Ohio State is leaning on former defensive end sophomore Cade Stover to fill that gap, but any tight end willing to step up as a blocker would be very good news for the Buckeye rushing attack.

“Cade Stover was recognized as an Iron Buckeye here, which was huge. We had a bunch of guys who did, but it was significant that he did,” Day said. “So he had a really good summer. We need him to replace Luke, that’s really what we’re looking for.

“We want to see who takes the next step to replace Luke. Now, is it gonna look exactly like that when we play the first game? I don’t know, I’m excited to see. But I am excited about the growth of those couple guys, and I think they can help us.”

3. What role can Mitch Rossi serve?

If Ohio State is looking for a strong blocker, it needs not look any further than senior H-back Mitch Rossi, who Ohio State considers a tight end but could really be identified as Day’s version of a fullback. The 6-1, 245-pound Tennessee native isn’t much for catching the ball and he doesn’t cut the usual profile of a tight end, but he’s proven himself valuable on those same blocks that Farrell made a name for himself with, and he’s versatile enough to move into the backfield as a blocker.

How Ohio State will actually use him is, like with these other tight ends, still up in the air. But as a mover of defenders, Rossi brings quite a bit of value to the Buckeye backfield and could be a replacement for Farrell, even if it’s indirectly.