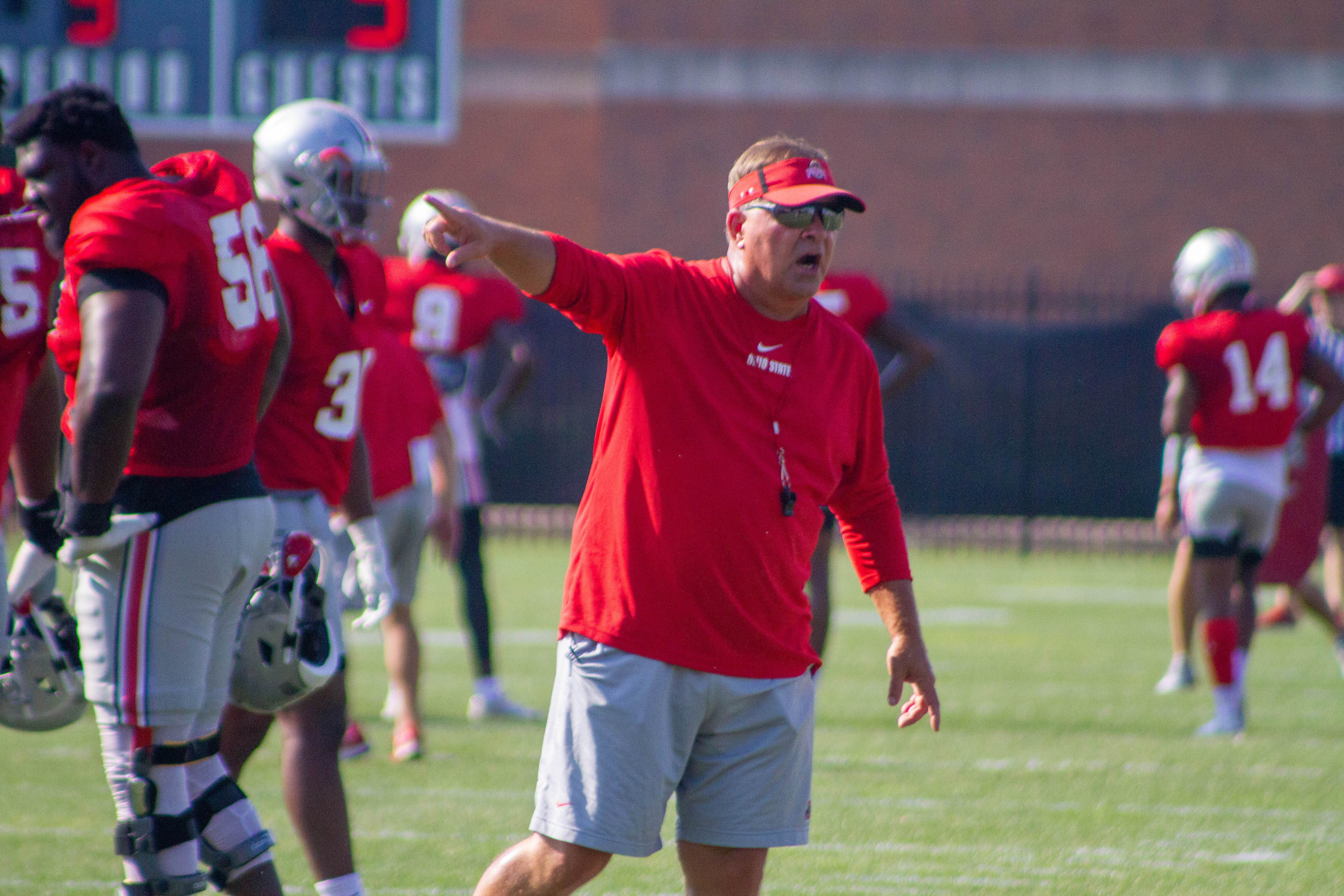 A pair of star players on the Ohio State offense were noticeably absent from team drills on Thursday.

However, Ohio State offensive coordinator and tight ends coach Kevin Wilson said Friday that neither players’ situation should be a real cause for concern.

“He’s been limited for a day or two, but he’s been good,” Kevin Wilson said about Munford. “He’s looked good.”

Munford was last seen taking reps at left guard for the first-team Ohio State offensive line at Tuesday’s open practice, which was something of a surprise given the years of experience under his belt as the Buckeyes’ starting left tackle.

“We’re trying to get in a position where Thayer could play that left guard or tackle, Paris (Johnson) could play that right guard or right tackle,” Kevin Wilson said. “So playing on the right side, so you’re keeping the right hand for that chemistry. You’re keeping the right-handed stance, the calls are the same, the play side’s the same, the back side’s the same. So that’s a part of the process of maybe the second tackles are those talented guards.”

“We just had a situation with him that we were just trying to minimize some workload because he had the most work this summer of any player when they track distance ran and speed,” Kevin Wilson said. “We’re talking not just to get to Saturday or not just to get to the opener, but as we go through the season, the wear and tear on these kids’ bodies.”

Ohio State is expected to have an intrasquad scrimmage on Saturday, which head coach Ryan Day and several other position coaches have cited as a key moment of camp for determining how a depth chart may look ahead of the season.

Getting to the scrimmage –– and beyond –– with relative health is essential though, and especially for proven Ohio State stars like Munford and Garrett Wilson.

“Some of these guys again with just the amount of running sometimes,” Kevin Wilson said. “Coach Mick (Marotti), we’ll look at running and say, ‘If you can, please do red zone seven on seven.’ Sometimes we’re doing that not for scheme, but to take the volume of running off.”

The Buckeyes still have 17 more practice dates scheduled ahead of their season opener at Minnesota on Sept. 2.