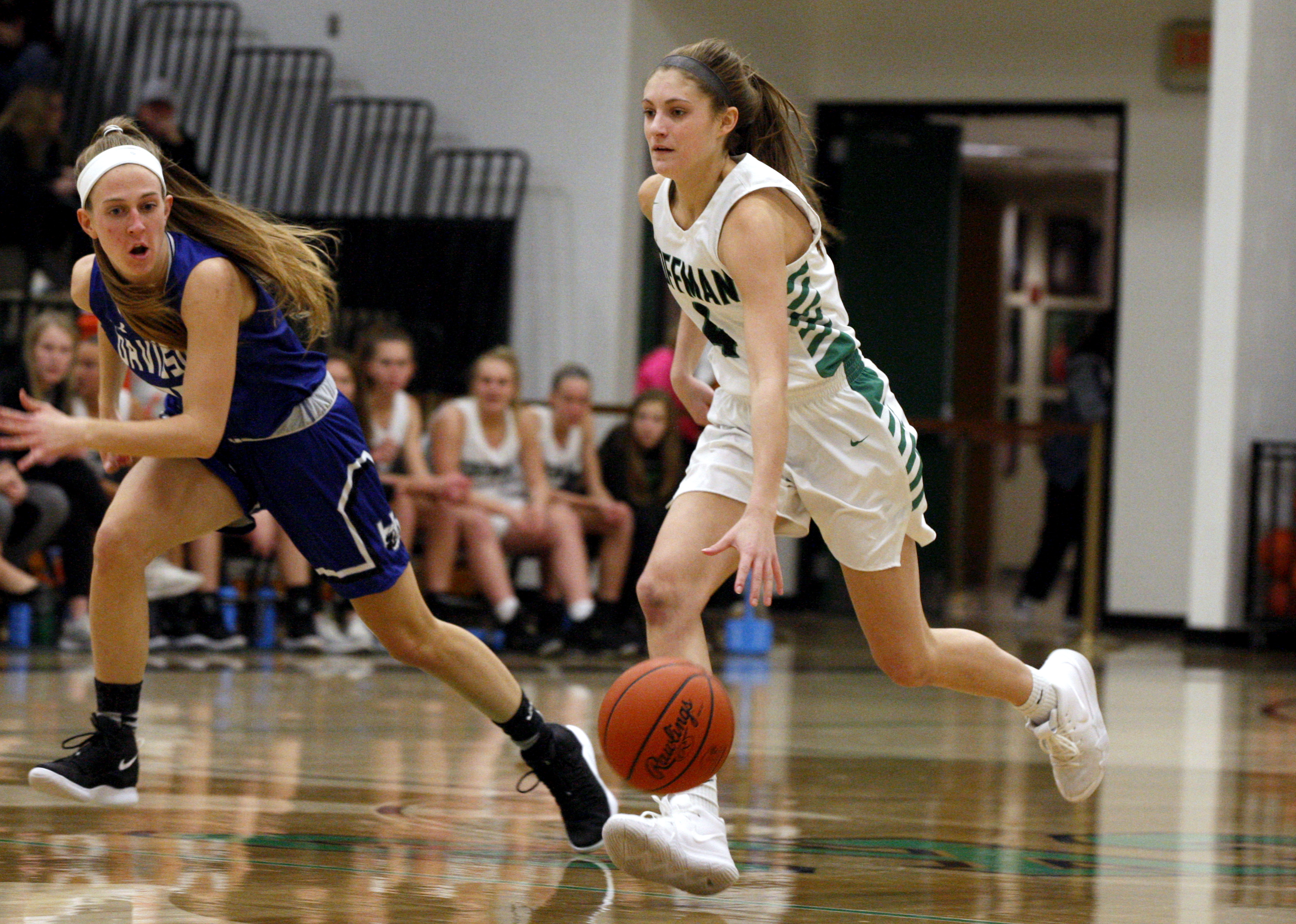 The Fresh Seven is a seven-part series about the seven freshman players entering their first season for Ohio State women’s basketball.

Week one starts the series off with the five-star guard from Dublin Coffman: Jacy Sheldon.

Jacy Sheldon, a five-star prospect ranked as the No. 10 guard and No. 42 prospect in the country who received multiple offers from a variety of locations, knew she wanted to stay close to home.

“My little sister has Down syndrome, which is a big part of why I want to stay close to home,” Sheldon said. “Me and her have a really close relationship, so it had a lot to do with it.”

Sheldon said that was one of many reasons she ultimately became a Buckeye during the first half of her sophomore year in high school, also stating her lifelong, devout fandom to Ohio State as a factor.

The early commitment in November of 2017 was a major focal point for coach Kevin McGuff to do what he did with his 2018 group: sign a bevy of fifth-year players to fill in a gap season before a strong freshman group came in the next year.

“She committed pretty early, which was awesome and it really allowed us to start in this great class that we brought in, allowed us to kind of cut some people and focus on the kids we ended up getting,” McGuff said.

She broke single-game records with a 52-point outing and an 11-steal outing during her senior year.

Sheldon averaged 28.2 points, 7.1 rebounds and 6.6 assists per game for the season while also adding 5.3 steals per game on the defensive end. All of those numbers amounted to a selection as the state’s Player of the Year by the Ohio High School Basketball Coaches Association, being named a three-time first-team All-Ohio member and two-time runner-up for Miss Ohio Basketball.

Did any of those records stand out in particular to Sheldon?

“No, not really,” she said. “I never really got into all that, all the records.”

Being an Ohio State fan all of her life, one of Sheldon’s favorite players is fan favorite and former Buckeye Aaron Craft. In his four years at Ohio State, Craft never averaged more than 10 points per game, but he was well-liked for his effort on both sides of the floor.

“I always admired how hard he worked on defense, and I always wanted to play that hard,” she said. “That’s kind of what got me into defense and how important it really is.

“Aaron Craft has always been my favorite player, just because – and it’s not because of his skill or anything – but just his grit, his competitiveness. I’ve always wanted to be that competitive, like when you’d watch him he’d dive on the floor for anything, so I admired how hard he played.”

For Sheldon – a player who put family first in her decision, doesn’t look at her multitude of records and looks to one of the most selfless players in Ohio State’s history as inspiration – she is just looking to improve on the whole in her freshman year.

“I think we have a lot of talent so I definitely think we want to execute it, see how that goes, and we’re excited.”

For the full feature on Sheldon, including her games against three-time Miss Ohio Basketball winner Kierstan Bell, as well as upcoming stories on the other six freshmen in the next weeks of the Fresh Seven series, sign up for the print edition of Buckeye Sports Bulletin.

To sign up for four free print issues, no card required, use the link here: http://www.buckeyesports.com/subscribe-4issue-trial/