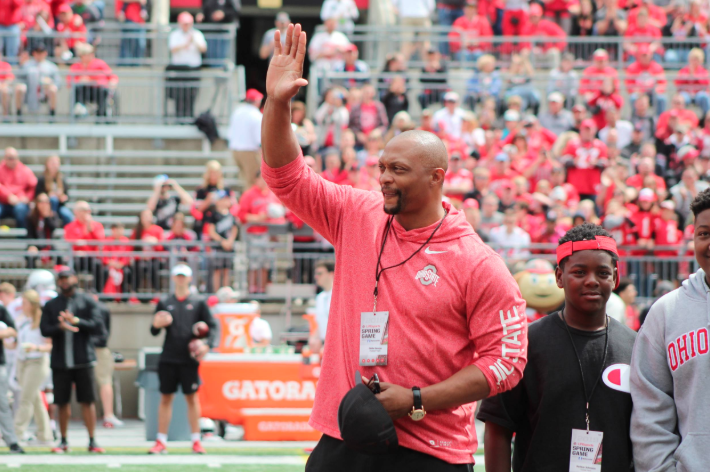 Former Ohio State Heisman winning running back Eddie George was officially named the new head coach at Tennessee State on April 13, taking over for former head coach Rod Reed, whose contract was not renewed after a 2-5 spring season, capped by a 46-23 loss on April 10 to Southeast Missouri.

“Eddie George has been a winner in every facet of the game and we look forward to him bringing that same commitment to our players and having it translate into winning on and off the field,” said athletic director Mikki Allen. “We are excited to have him join us and lead the next chapter of our storied football program.”

A long-time member of the Tennessee Titans, George spent almost his entire pro career in the state and developed deep roots in the area.

“I am excited about being named head coach at Tennessee State University,” said George. “I thank Dr. Glover, Dr. Allen, and each of you for the confidence you have placed in me”

George credited his time in football, as a business man and in acting as preparing him for this move, his first foray into the coaching ranks after more than a decade away from the game.

“All I have done has prepared me for this moment, whether that’s my football career, my entrepreneurial endeavors, my acting career. Coaching is a full commitment, a duty of service. I take that seriously. I’ve done a lot of soul searching and due diligence. The more I thought about it, I got more and more excited about it. It was like picking up an old guitar or getting back on a bike, it’s familiar but in a different capacity.

“It’s exciting. I’m going to be innovative, creative and fun.”

George is the second former 90s standout to jump into coaching in recent years without much experience prior, as former Florida State defensive back Deion Sanders in his first season in charge at Jackson State this spring. He’ll face off with George’s new squad in the fall 2021 season on Sept. 11.