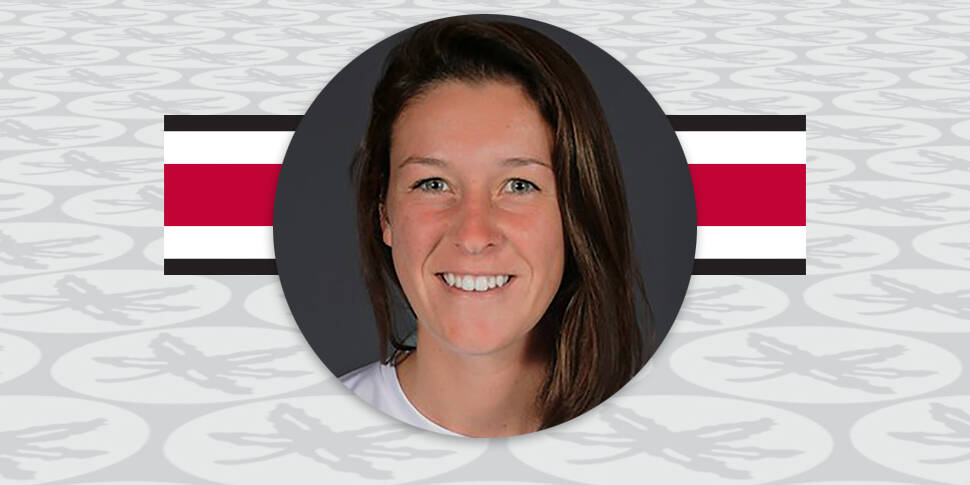 Taylor VanThof was hired as an assistant coach at Ohio State, as announced by head coach Amy Bokker.

VanThof joins the Buckeyes after spending last season as an assistant coach at Connecticut. Before the season was cut short due to the coronavirus, UConn boasted 5-2 overall record and had scored 19 or more goals in four of their five wins.

“I am very pleased to welcome Taylor to Buckeye Nation,” Bokker said. “She is a young, innovative coach who is ready to contribute to our offensive unit and draw teams. Taylor has had incredible mentors as a coach and a player and I am excited to watch her continue to grow. She is competitive, passionate about the game and I believe will be a tremendous role model for the women in our program.”

As a two-time second-team All-American at Loyola (Md.), VanThof was a standout during her playing career. She was a semifinalist for the Tewaaraton Award, which honors the top performer in the sport.

A team captain at Loyola (Md.), VanThof also owns the school records for the most draw controls in a single game (21), season (146) and career (392). As one of the top performers in the Patriot League, the Livonia, N.Y., native also became the third player in conference history with 100 draws in multiple seasons.

The 2019 Patriot League Midfielder of the Year, VanThof, tallied 103 goals and 26 assists during her collegiate career. In addition to being honored as an IWLCA second team All-American and an Inside Lacrosse third team All-American in both 2018 and 2019, VanThof also earned a spot on the All-Patriot League first team and the All-Mid-Atlantic Region team three times apiece.

Following her four-year career at Loyola (Md.), VanThof was selected No. 14 overall by the Philly Fire in the 2019 WPLL Spring Draft. She is still an active member of the WPLL’s Command and received her bachelor’s degree in business administration: marketing from Loyola (Md.) in May of 2019.

Beyond her successful playing career, VanThof held assistant coaching roles with the Lady Roc, Coppermine and SEVEN Lacrosse Training programs. She served as the head coach of the Greene Turtle Lacrosse team from 2015-19, giving instructional sessions and teaching skill development for the youth teams.

“I am incredibly grateful for the opportunity that head coach Amy Bokker, as well as the rest of the women’s lacrosse support staff, has given me,” VanThof said. “I am excited and honored to officially be a part of the Ohio State Department of Athletics and Buckeye Nation. Ohio State is rich in tradition and I am humbled to take part in continuing to build this legacy.”