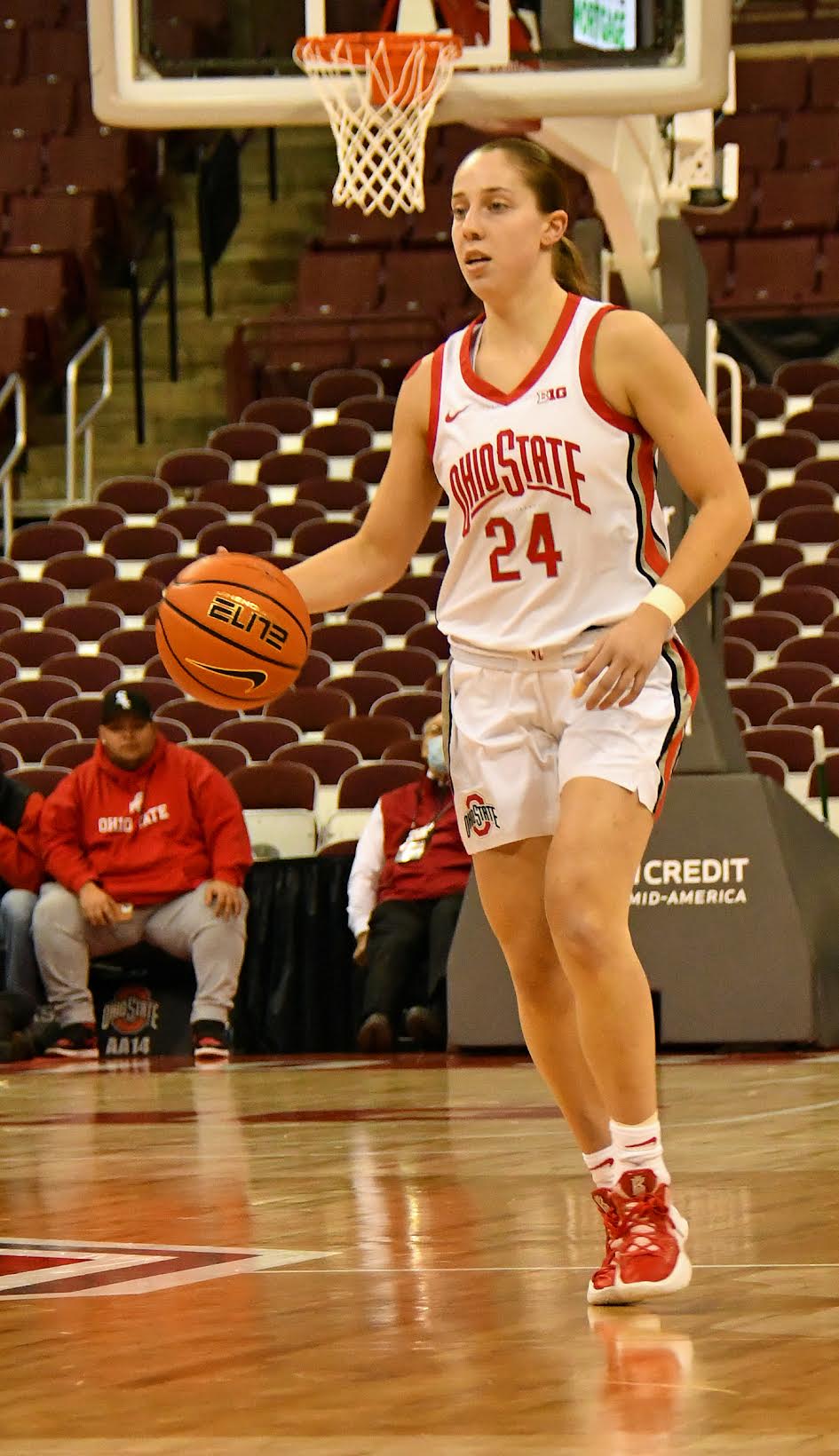 Ohio State senior guard Taylor Mikesell has been named to the Big Ten weekly honor roll following a pair of impressive performances in wins against then-No. 12 Maryland and Rutgers.

In the Buckeyes upset over the Terrapins, she scored a career-high 33 points on 11-of-13 shooting and a perfect 5 of 5 from beyond the arc, in addition to going 6 of 6 at the free-throw line.

She followed it up with a 21-point performance against the Scarlet Knights in which she knocked down three triples. For the season, Mikesell has scored in double figures in every game and has made at least one 3-pointer in every game, and for the week, she averaged 27 points per game on 18-of-26 shooting and was 8 of 13 from deep.