Tate, Williams To Participate In Fundraiser At Pro Basketball Combine 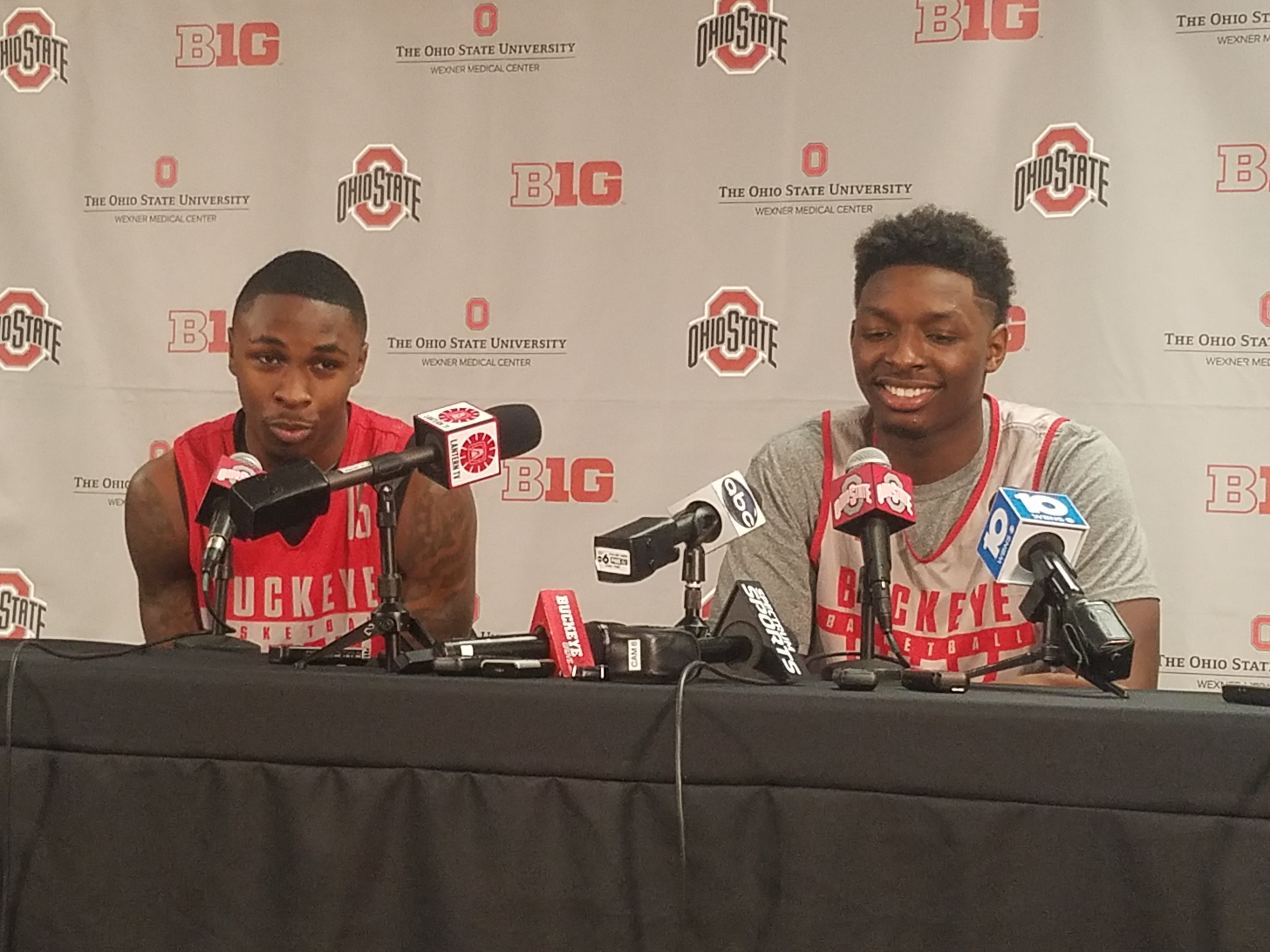 Former Ohio State basketball players Jae’Sean Tate and Kam Williams will participate in the 2018 Professional Basketball Combine at IMG Academy in Bradenton, Fla., on May 22 and 23 while also helping a good cause.

The two former Buckeyes will be a part of the inaugural Rising to the Challenge fundraising campaign to benefit PeacePlayers, a non-profit organization that uses the game of basketball to unite and educate children and their communities to create a more peaceful world. 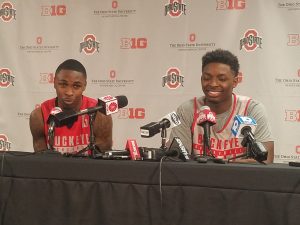 Former basketball Buckeyes Kam Williams (left) and Jae’Sean Tate (right) will participate in the Rising to the Challenge fundraising campaign at the 2018 Professional Basketball Combine on May 22 and 23. (Photo: Ryan McGlade/BSB)

Every player participating at this year’s combine will have their own fundraising page created by Pledge It, a fundraising platform that allows teams and athletes to raise money based on their performance. Those who wish to donate for any player of their choosing can pledge for every inch of said player’s vertical jump conducted at the combine. Fans and supporters can visit Tate’s fundraising page and contribute at www.pledgeit.org/jaesean-tate, and can do the same for Williams at www.pledgeit.org/kam-williams. Track how much money the players are raising by visiting www.pledgeit.org/for/pbc.

Now in its second year, the PBC, which decided to partner with Pledge It to launch this new fundraising campaign, gives players the opportunity to work out, do combine testing and interview for NBA general managers, NBA scouts, G-League personnel and overseas opportunities.

“At the PBC, it’s not just about showcasing and preparing athletes for the next step in their basketball careers, but about empowering them to be good people and citizens,” PBC founder and director Jake Kelfer said in a statement. “We felt it was not only important for us to support such an important cause, but to give our players a vehicle to show their involvement and support. Pledge It was the perfect partner for us to work with to really create maximum exposure and impact.”

In four years at Ohio State, Tate racked up 1,512 career points to come in at 19th on OSU’s all-time scoring list and eighth all-time with 771 career rebounds. The Pickerington, Ohio, native recorded 14 double-doubles while playing 129 games, including 110 starts, as a Buckeye.

Tate and Williams, along with former Buckeye guard Andrew Dakich, also have teamed up with former Michigan basketball players in hopes of playing in The Basketball Tournament this summer.