Tanner McCalister Earns Praise For Role In Win Over Wisconsin 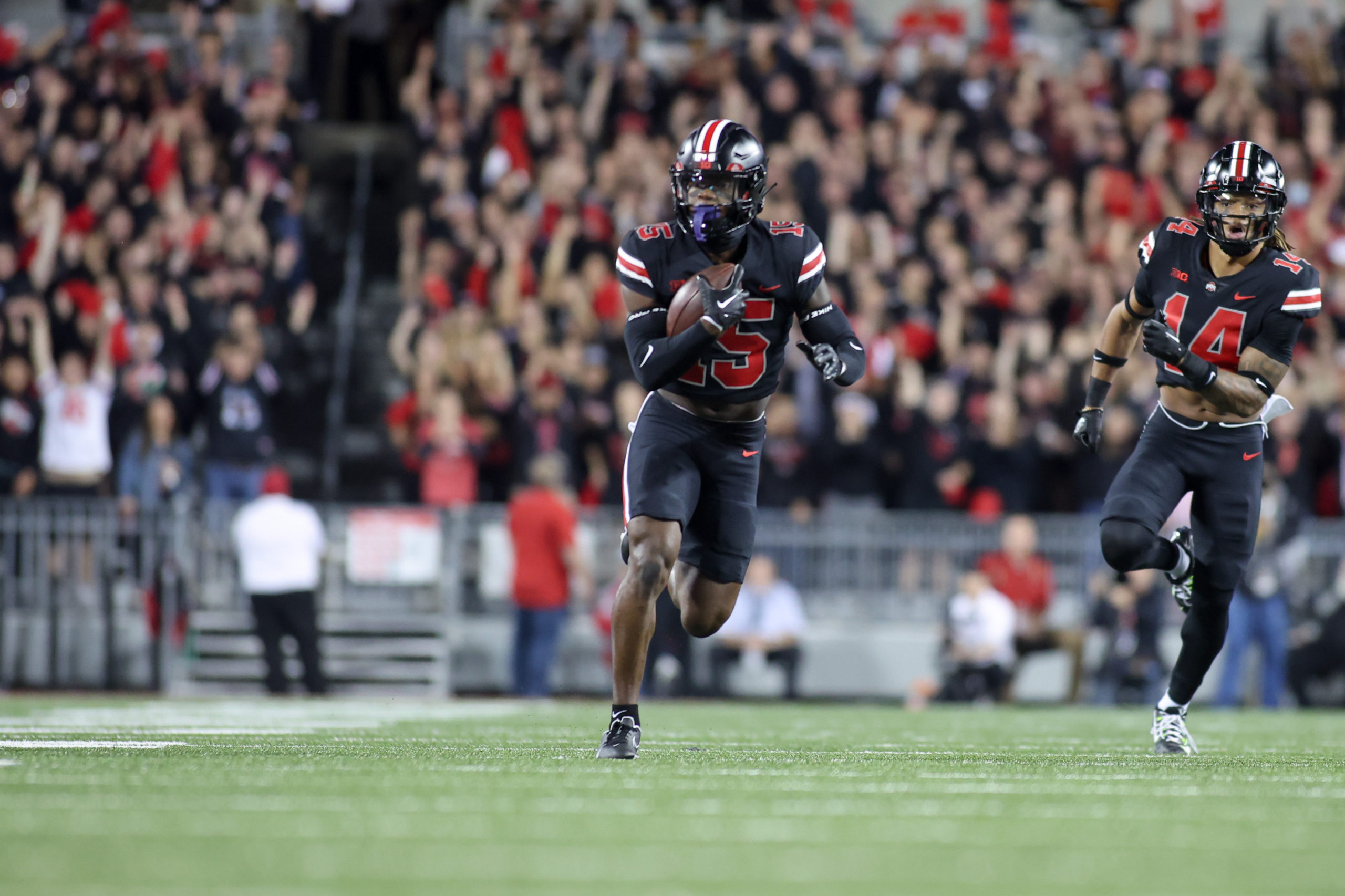 Prior to joining the Ohio State football program, safety Tanner McCalister had only corraled one interception during his four-year career at Oklahoma State.

It took until just the third game of his Buckeye career to match his Oklahoma State output as he picked off Wisconsin quarterback Graham Mertz on his first attempt of the game on Saturday. That interception gave Ohio State great field position — starting its second drive of the evening on the Badgers’ 16-yard line. From there, quarterback C.J. Stroud found tight end Cade Stover for a 13-yard touchdown to extend the Buckeyes’ early lead to 14 points.

Linebacker Tommy Eichenberg emphasized that McCalister’s interception knocked the Badgers off track in terms of what they wanted to do offensively against the Buckeyes.

“When you’re up 14-0, their gameplan changes. They can’t just go off what they planned to do,” Eichenberg said after the game. “They have to start passing more.”

As Wisconsin’s offense relies heavily on running back Braelon Allen, the Badgers were forced to turn to Mertz to try and dig them out of the early hole.

McCalister aided the Ohio State secondary that held Mertz to just 94 passing yards and a completion percentage of 55 percent. McCalister finished the evening with four tackles and a pass breakup in addition to his interception.

“We watched film of him, but we also took a lot of recommendations from Jim (Knowles) on that one because he obviously knew him very well,” Day said on Tuesday. “Having a veteran guy back there was going to be critically important when we made that transition to the three-safety system, building a little more depth back there and adding another number. When you add all of those things up, it made sense for us.

“It was also about who Tanner is as a person. You don’t just walk into this environment here and demand respect, you have to earn it. He’s done that and did that in a short period of time,” he continued. “He really helped the guys learn the system. You could see his ability as he made two huge plays in the game Saturday night, in a big spot. His experience, preparation and hard work are paying off.”

McCalister has played in three games since arriving in Columbus, missing the Buckeyes’ 77-21 win over Toldeo despite not appearing on the status report for that game. He has amassed six tackles and a pair of pass breakups alongside his lone interception against Wisconsin.

As the Buckeyes have dealt with injuries to the team’s cornerbacks since fall camp, cornerbacks coach Tim Walton noted that McCalister has the skill set to play the position if he’s needed in an emergency situation. McCalister’s position as the Nickel safety has him consistently covering slot receivers, which utilize many of the same skills that cornerbacks use on the perimeter.

With attention to McCalister’s ascension during the win over Wisconsin, Walton said that McCalister has provided a calming presence to the Buckeyes’ new-look defense.

“(Tanner is) smart. He has positional flexibility. He’s smart and understands the defense, so the communication part with him and that helps a lot with the corners,” Walton said. “His knowledge, communication and his veteran leadership help the younger guys come along.”

As the win over Wisconsin proved to be McCalister’s breakout performance as a Buckeye, he said he’s just looking to use it as a stepping stone for continual growth this season.

“It definitely builds confidence. Obviously, I wasn’t at Ohio State last year, but I’ve made plays in college football against some good teams,” McCalister said after the game. “I knew I could do it, it was just fun to actually be able to present it to the Ohio State fans and just really excel in front of my teammates as well. Just fly around with a new team and really be comfortable with those guys. I think we’re all gelling together, and there’s no limit to what our defense can do.”