Bruce Thornton Adjusts To Life As A College Freshman 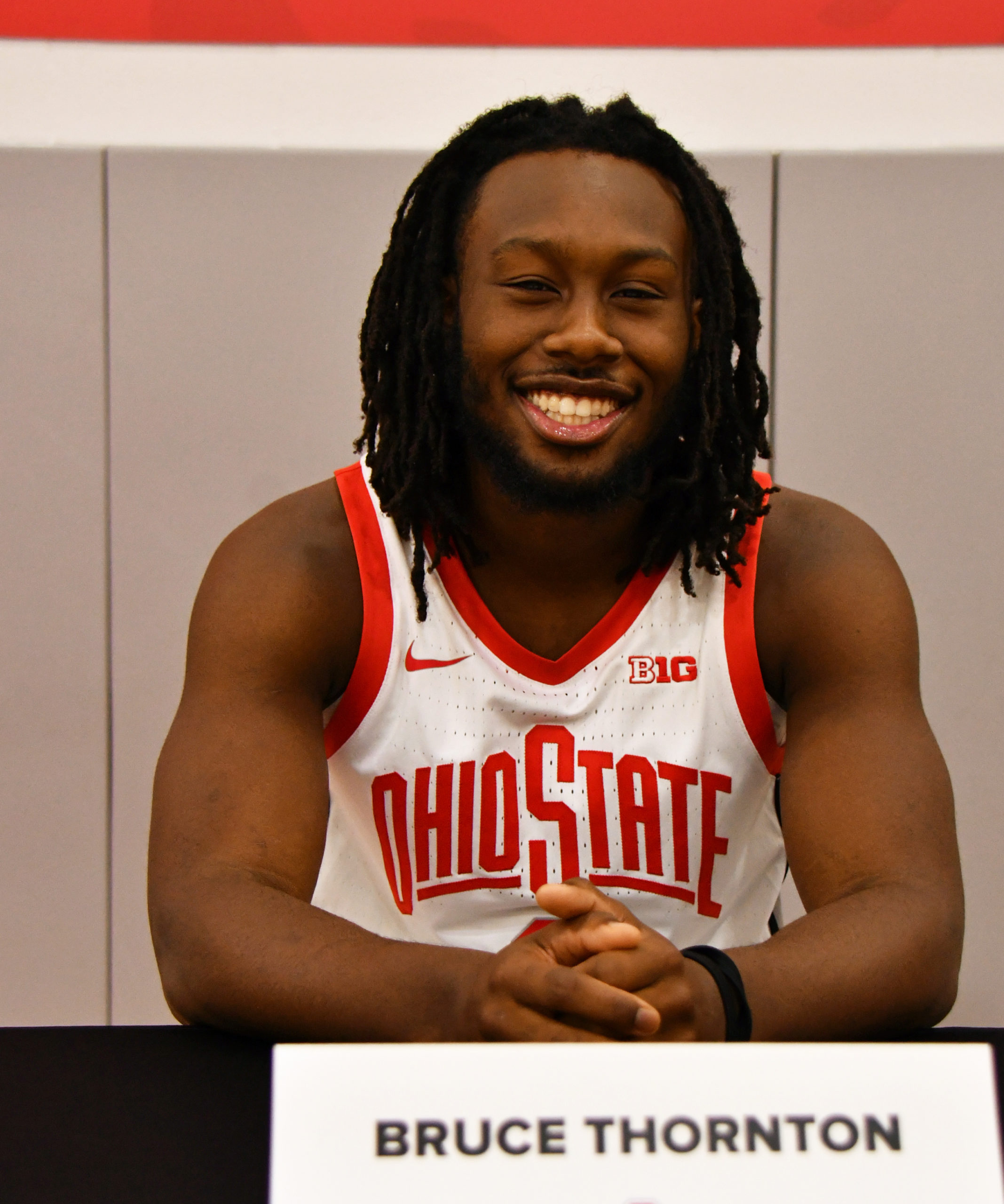 As a member of Ohio State’s five-man freshman class, guard Bruce Thornton is currently experiencing the transition from high schooler to college student.

As a consensus four-star recruit, Thornton emerged as one of the nation’s top guards at Alpharetta (Ga.) Milton High School. During his time at Milton, Thornton scored over 1,500 career points and was named to the All-State First Team three times. He led the Eagles to a state title as a junior and was named Georgia’s Gatorade Player of the Year following his senior season behind averages of 17.2 points, 7.7 rebounds and 7.5 assists.

Now, Thornton is expected to step into a primary ball-handling role for Ohio State as a freshman. With his first summer with the program under his belt, Thornton said it’s been a process to get used to the more attentive nature of collegiate athletics.

“It’s been fun. I’ve had some ups and downs of being new, getting used to the workouts and everything,” Thornton said. “As a freshman, you really don’t know. You’re just going and then you realize that you’re hurting in your core, in your legs, and trying to figure out why you’re hurting so bad and can’t get up. It’s just the struggles you have to go through as a freshman. I’m thankful for the summer, that helped me deal with that and build a foundation.”

While recovering from high-intensity practices has been a focus of his on the basketball court, time management has become one of the more prevalent learning curves for him since he arrived in Columbus.

Ohio State head coach Chris Holtmann said he expects Thornton will have a major role on the Buckeyes this season and that he’ll see the court a considerable amount as a freshman.

With heightened expectations entering his first season as a Buckeye, Thornton acknowledged that there is still some work left to improve his game but noted that he understands the importance of his role with this team.