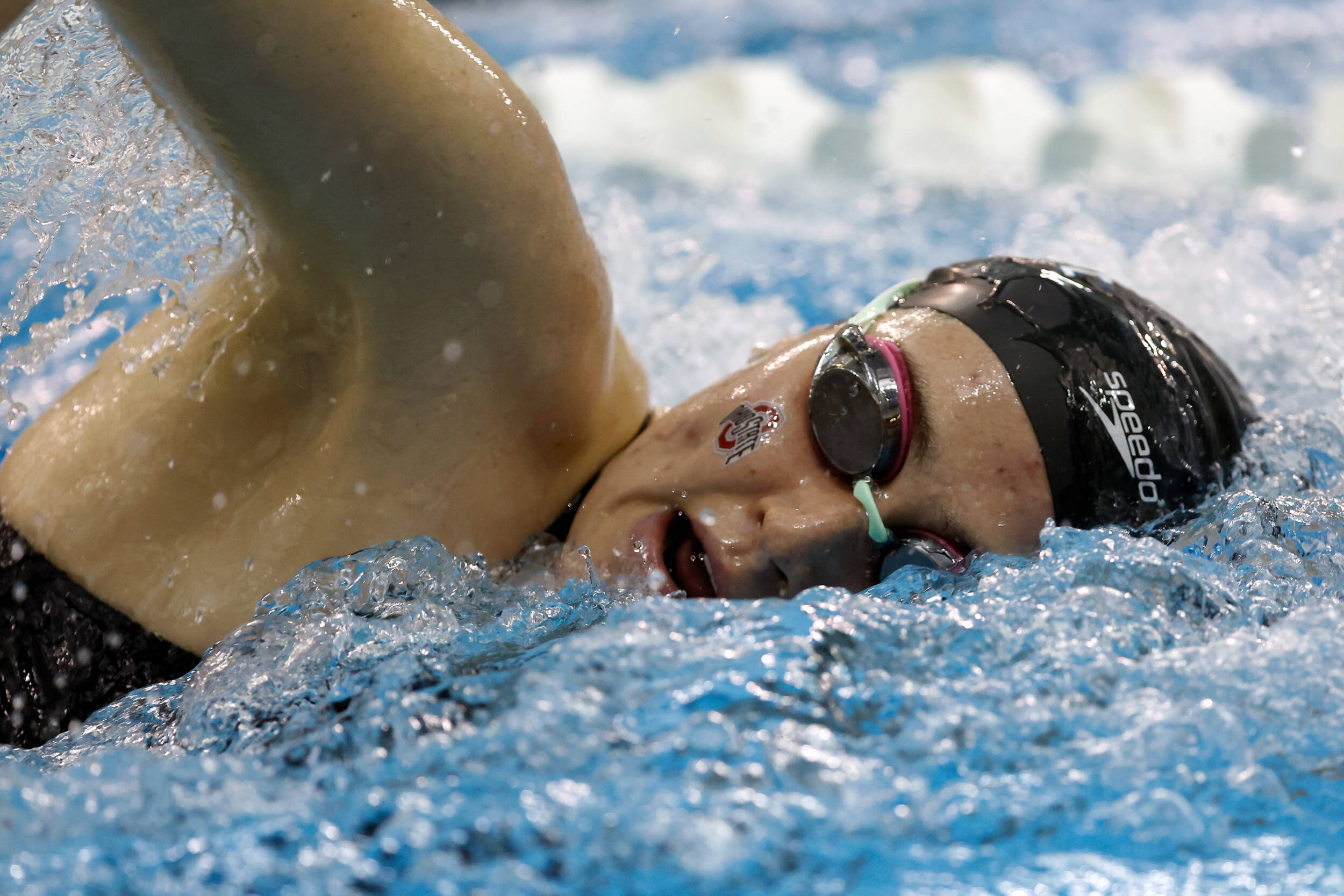 Trace finished a five-year career with the Buckeyes last season. She helped the Ohio State women’s team win three consecutive Big Ten titles in the previous three years, earning nine conference medals with championships in the 800m relay in 2022 and the 400m relay in 2021.

The Upper Arlington, Ohio, native was the team’s top performer in the 200m butterfly in the last two seasons and earned eight All-American honors for her career. In 2021, Trace was an individual Big Ten runner-up in the 400 IM as part of a one-two Buckeye finish.

“Katie is a fourth-generation graduate of The Ohio State University, and she represents all that is good in being a Buckeye,” Dorenkott said. “She chose to swim the fifth year and our staff often shared that it felt like having an extra coach in the water with the team. So, this was a natural progression and one that I feel very good about moving into the future.”

Trace shares in Dorenkott’s excitement, claiming she wasn’t ready to remove scarlet and gray from her regular clothing rotation yet.

“After earning two degrees from Ohio State, becoming a coach here is the opportunity of a lifetime,” Trace said. “The expectation is excellence in all that we do. The people at Ohio State are investing in this mission and are passionate to be successful every day, and our swimming and diving program is no different. I’ve spent five years as a student-athlete being coached by Bill Dorenkott and Mike Hulme, so I’m excited to work and learn alongside them in this chapter of my journey at Ohio State. I’m grateful to be able to take advantage of this new role in the program and continue the accomplishments we’ve achieved in recent years.”

In October, Hulme will enter his seventh season at Ohio State — this time with a new title of associate head coach. Dorenkott said Hulme has been integral to the Buckeyes’ success in recent seasons. He’s helped the women’s program to three straight conference titles and consecutive top 10 finishes at the NCAA Championships. Hulme has also guided the men’s team to three straight top 10 finishes in their NCAA finals.

“Mike brings a yeoman’s approach to his job,” Dorenkott said. “He is humble, hardworking and he embodies the qualities of servant leadership. This promotion is long overdue and a testament to Mike’s selfless demeanor. I am looking forward to sharing the deck with Mike long into the future.”

While coaching at Ohio State, Hulme has guided tremendous talent into the waters. During his tenure, the Buckeyes have had more than 30 swimmers earn All-American honors and 10 become Big Ten champions.

“Being named associate head coach at my alma mater means a great deal to myself and my family, and I am ecstatic to move forward with this new role,” Hulme said. “Our program, coaches, and student-athletes have grown so much over the five years since we combined our men’s and women’s teams, and I can’t wait to continue that trajectory moving forward. I want to thank Bill Dorenkott, Mike Penner, Gene Smith, and President Johnson for their support.

“I am also thrilled that Katie Trace will be joining our staff. I grew as a coach and learned an incredible amount working with Katie as an athlete, and I am sure that the attitude, work ethic, and curiosity that made her great in the pool will make her a phenomenal coach.”