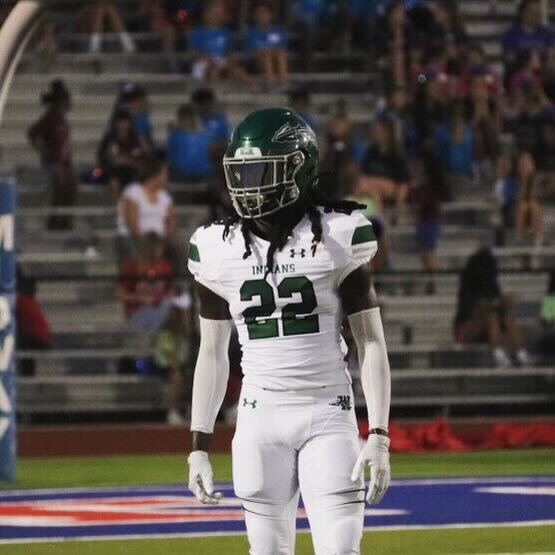 Ohio State saw a recruit that it wanted and then went out and got it. The Buckeyes pulled off a successful flip of Waxahachie, Texas, four-star cornerback Calvin Simpson-Hunt (6-0, 175), a previous Texas Tech verbal pledge, who committed to Ohio State on Thursday.

Simpson-Hunt is the No. 173 overall prospect and No. 22 cornerback in 2023. He received an offer from Ohio State in May and made it out for an official visit the weekend of June 17, a rapidly evolving recruitment for one of the Buckeyes’ most sought after targets in the class.

A speedy and physical corner, Simpson-Hunt made plays all over the field for Waxahachie last season – including on special teams – and earned a Texas District 11-6A first-team selection. He is also an outstanding track and field athlete and has ran a 10.67 second 100-meter dash.

Simpson-Hunt’s commitment to Ohio State comes after his recommitment from Texas Tech on Thursday. He had been committed to the Red Raiders since November, and had been head coach Joey McGuire’s second highest rated recruit in 2023.

With Simson-Hunt’s commitment, Ohio State has regained the top spot in the 247Sports team composite rankings for 2023, again surpassing Notre Dame, who had returned to the top spot. The Buckeyes have a team score of 264.19, just ahead of the Fighting Irish at 262.78.