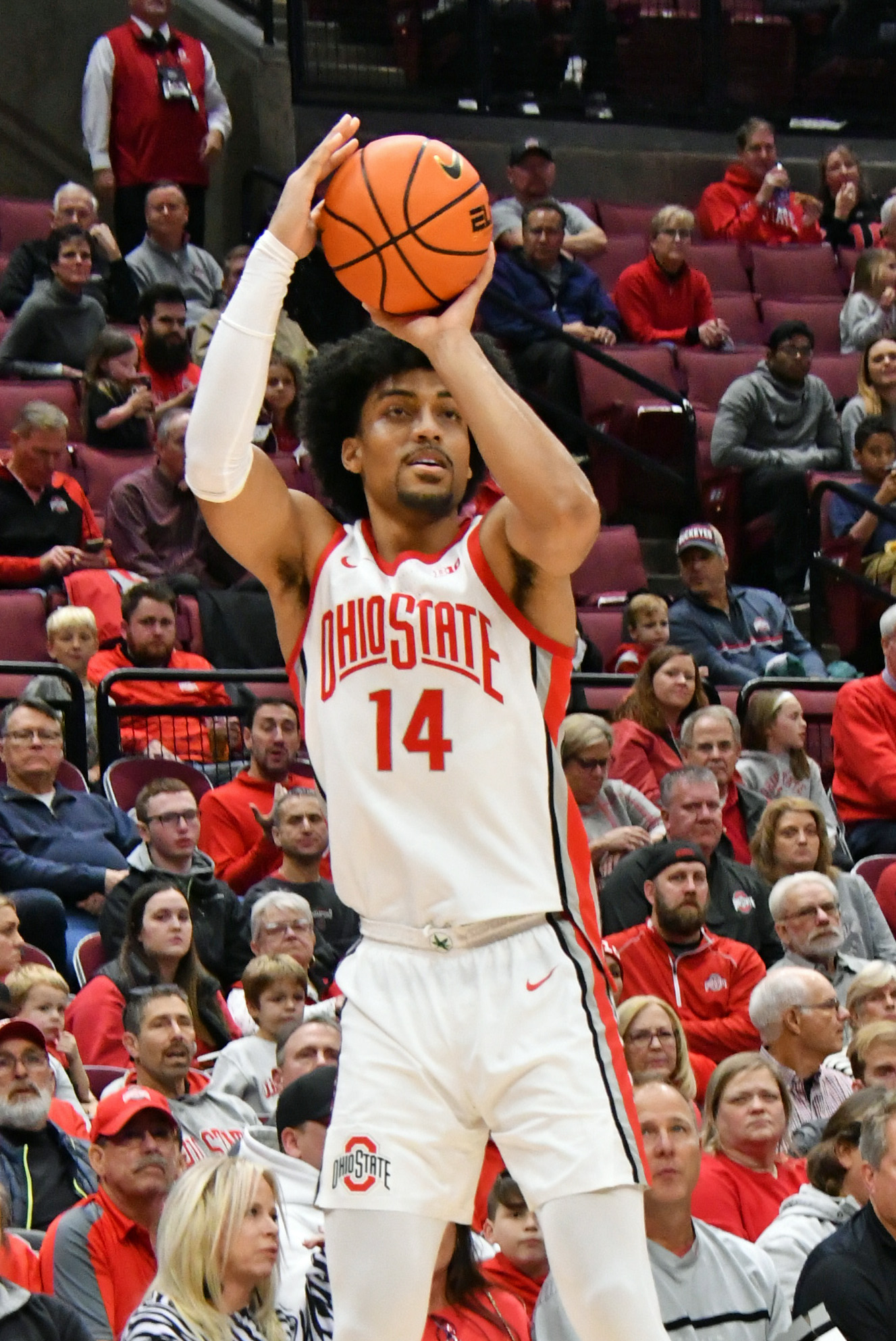 Hawaii native Justice Sueing dazzled his home-state crowd by producing a career-high 33 points to lead Ohio State to an 80-73 win over No. 21 Texas Tech and secure a fifth-place finish at the Maui Invitational.

The Buckeyes were carried by the veteran duo of Sueing and Sean McNeil during the contest’s first 6:55, as they combined to score Ohio State’s first 17 points while sparking a 16-3 run in the process to lift OSU to a 17-7 lead with 13:05 remaining in the half. Freshmen Brice Sensabaugh and Bruce Thornton also splashed a pair of threes in succession as the Buckeyes’ lead ballooned to as much as 13 in the frame, with OSU leading 23-10.

The Red Raiders found a rhythm from there, closing the gap to 41-37 at the break. It was a familiar face that carried Texas Tech through the early stages of the game as forward Kevin Obanor — who scored 30 points and corraled 11 rebounds against OSU as a member of 15th-seeded Oral Roberts in the Golden Eagles’ stunning first-round win over the Buckeyes in the 2021 NCAA Tournament — continued his dominant run against OSU, producing 11 of his 19 points in the first half while hitting on two of four 3-point attempts on the afternoon.

Ohio State responded to Obanor’s first-half offensive display with a quartet of scorers, led by Sensabaugh and Sueing — who each produced 10 points in the frame. McNeil added 9 points while forward Zed Key battled in the post for seven first-half points.

Ohio State, once again, extended its lead to double-digits — pulling ahead 62-52 with 9:05 remaining in regulation. However, just like in the first half, the Red Raiders stormed back to make it a 4-point game with 7:10 to go in the frame.

The Buckeyes raised their lead back up to nine with 4:01 to play, but the Red Raiders hounded OSU defensively and pulled back within five on numerous occasions in the final four minutes. Ohio State, however, was able to keep the Red Raiders at bay, holding on to win 80-73. Sueing paced the Buckeyes during the second half, scoring 23 of his 33 points in the frame. Sueing also led the charge on the offensive glass, corraling four of Ohio State’s nine offensive boards.

Outside of Sueing, McNeil and Sensabaugh were the only Buckeyes to reach double figures, scoring 13 and 10 respectively.

The Buckeyes shot a perfect 18 of 18 from the free throw line while Sueing hit all eight of his attempts from the charity stripe.

While Obanor paced the Red Raiders during the first half, forward Daniel Batcho was a consistent offensive presence for Texas Tech — scoring 21 points while hitting on seven of 10 shot attempts.