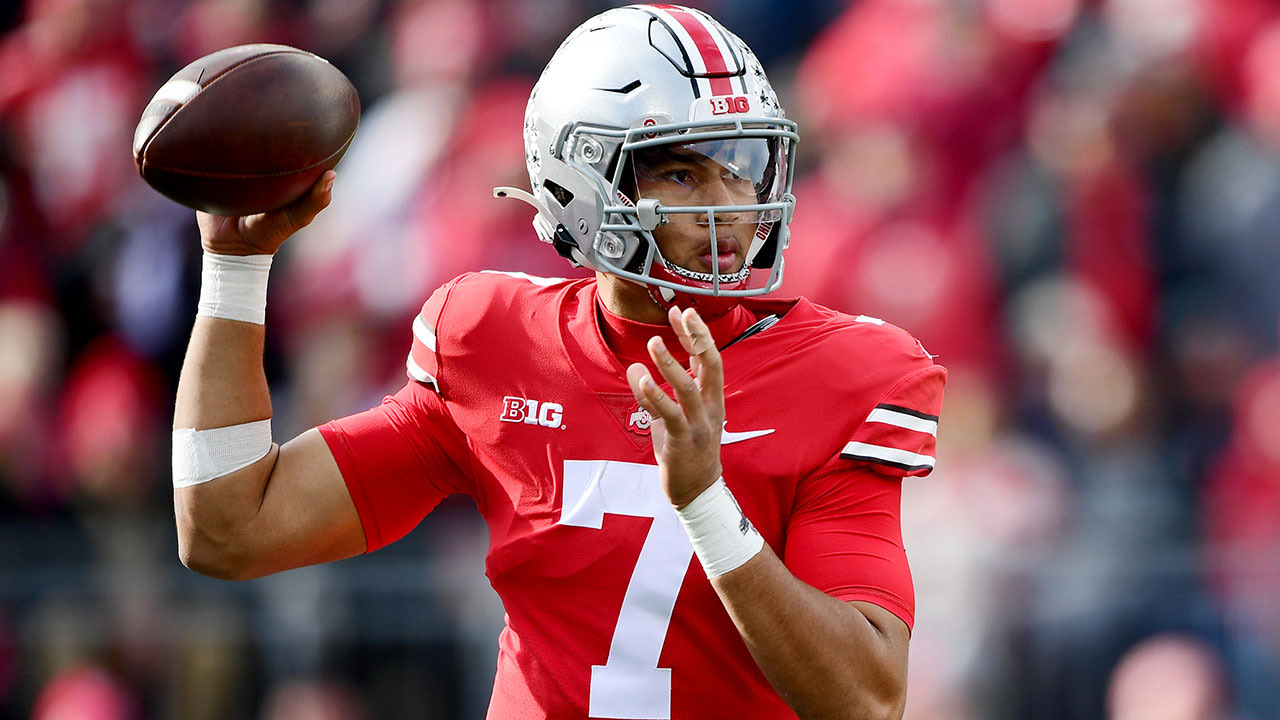 Ohio State freshman quarterback C.J. Stroud spoke with the media Wednesday to discuss his finish as a Heisman finalist, which is something he said he’s dreamed of for a long time.

“It’s really cool. It’s a blessing man,” he said. “Ever since I’ve been a little kid, since I can remember, I grew up loving basketball, but football was also a love of mine. I never really knew it would be this, honestly. I always worked for it and had the thought in my mind. I always put my best foot forward, but I never really knew it would be like this. I’m just truly blessed and I’m blessed to be around these great people. I think that’s the biggest thing. It’s not even like the awards or anything like that, it’s just being around great people on a daily basis. I love my teammates to death. Without them I wouldn’t even be here.”

Stroud finished the regular season with 3,862 yards and 38 touchdowns while throwing for just five interceptions. All numbers ranked among the best in the nation, signifying himself as one of the top quarterbacks in college football.

Headed into the season, though, Stroud said he had no expectations for where he’d end up in terms of individual accolades.

“I kind of just wanted to play well and win games, really,” he said. “I feel like if you do those things, especially having teammates that I have, there’s definitely the possibility to be a Heisman finalist or be the best quarterback in the Big Ten. I’m truly blessed to even be honored to have them opportunities.”

As for a specific moment that Stroud felt he cemented his name for New York, it was a series of games, rather, that he felt separated himself from the rest of the competition.

“Even after the Michigan State game, I wanted plays back. I feel like it was some of those last games,” he said. “I felt really after the bye week, I feel like I was like, ‘Okay, I might be able to do this.’ I don’t try to look at that stuff. I think it’s kind of a distraction if you ask me. But of course it’s really cool because my whole life I’ve dreamed of things like this, and to have the opportunity is just crazy to me. I’m still like kind of like shocked and I’m just blessed man.”

The Heisman Trophy winner will be announced Saturday at 8 p.m. on ESPN. Alabama quarterback Bryce Young is currently the favorite to take home the honor.