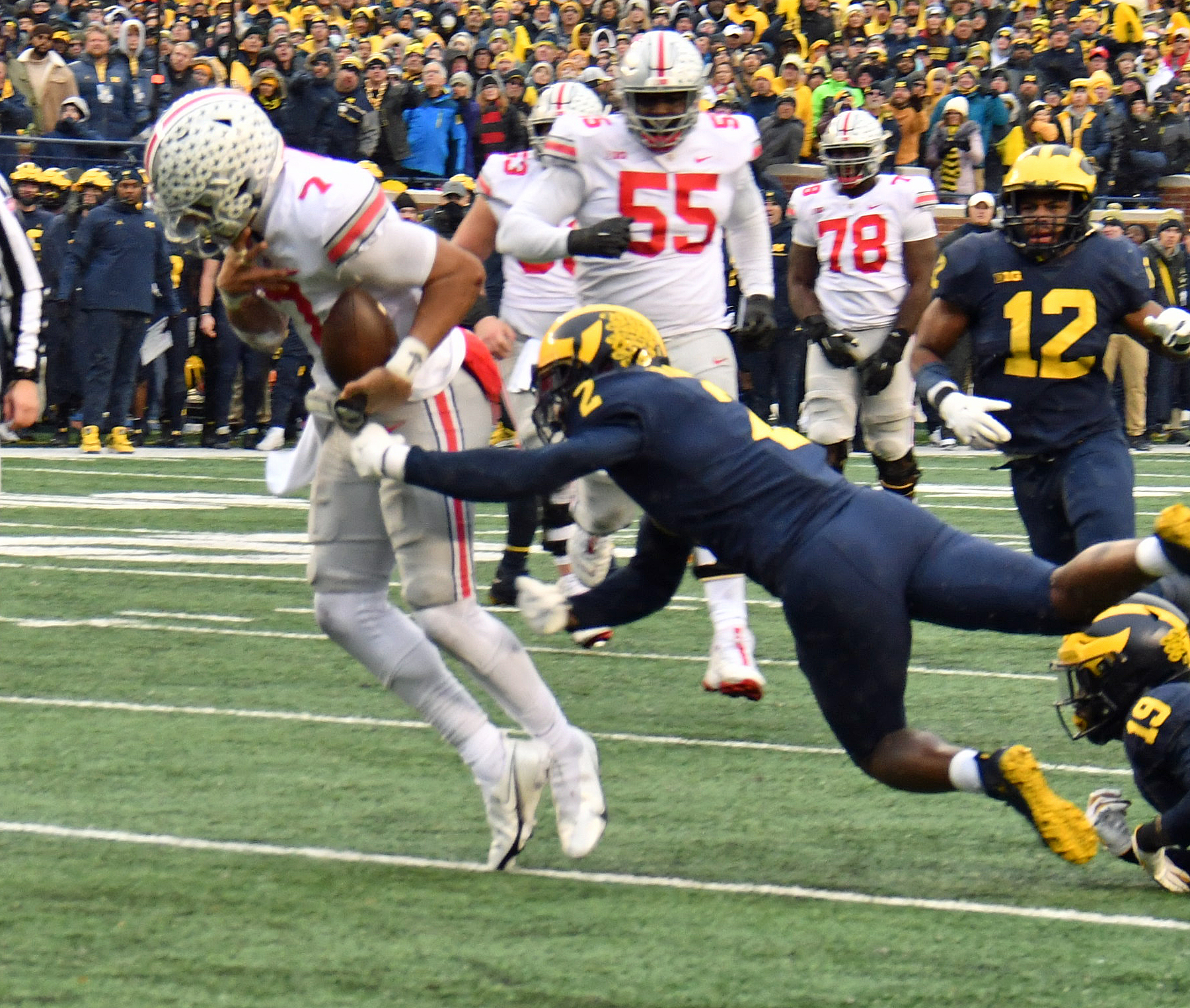 Ohio State redshirt freshman quarterback C.J. Stroud never got the chance to attend a Rose Bowl when he was growing up in Inland Empire, Calif. The Buckeye signal-caller made the trip to Pasadena plenty, but only to see UCLA home games, never for the Granddaddy of them all. And with the Buckeyes slated to make an appearance against Utah in the Rose Bowl, Stroud is looking forward to his first exposure to college football’s grandest spectacle – though he’s not sure quite what to expect.

“I went to a whole bunch of UCLA games growing up,” Stroud said. “I was getting recruited by them a little bit coming out of high school, so I went to a couple of those games, but (this is) a little more big-time than the UCLA games. Probably a little louder, a little more people. A little bit different of an atmosphere, so I’m excited.”

The trip is exciting for Stroud, as it is for quite a few Buckeyes, even if it’s not where Ohio State hoped it would be bringing in the new year. These Buckeyes would have preferred a trip to either Arlington or Miami for the College Football Playoff, but for now, they’ll have to settle on a trip to Los Angeles, a historic game, and a return home for four players that’ll don the scarlet and gray.

Walk-on quarterback J.P. Andrade, wideout Chris Olave, Stroud and linebacker Kourt Williams all hail from The Golden State, and Stroud is relishing the chance to visit home – and to get a few more familiar faces in the crowd.

“Growing up back home in California and being a full-fledged Cali guy, born and raised there, so it’s definitely a blessing to be able to play in this game,” Stroud said. “I’m super excited for (it). We’re going to try to go out the right way, have fun back home and just have fun with the game.

“(My family) comes to every game. But, I’ll probably have a couple more people come like some cousins and some family or some homies from back home. Definitely some other people that can’t make it all the way out to Ohio, which is really cool.”

Though Stroud is looking forward to the Rose Bowl, one of his battery mates and another son of California has yet to make a definitive statement on his availability. With the NFL Draft on the horizon, Olave and Garrett Wilson have been the topic of discussion around Columbus for days, as they could choose to opt out of the Rose Bowl to avoid injury.

Stroud told media that whatever they decide, he’ll support them – and alluded somewhat heavily to it as a possibility. If the pair does decide not to play, Ohio State would likely turn to Emeka Egbuka, Julian Fleming, and Marvin Harrison Jr. (and perhaps even Sam Wiglusz) to contribute.

“I told them to do whatever is best for you,” Stroud said. “At the end of the day, whatever they decide to do I’m behind them. In this sport, you’ve got to do what’s best for you, even if it might look selfish. Those guys gave everything to Ohio State. I’ve never seen them make a selfish decision. If they don’t play, then it’s probably a benefit to them and I fully respect it, then it’s time for guys to step up for next year. Get their feet wet.

“Everybody will be fine. Even if my boy Sam Wig’s got to play. It doesn’t really matter. At the end of the day, we’ve just got to go win a game. It’s not going to be easy. Utah’s a hell of a team, they do a lot of good things, and we’re definitely not taking it lightly at all. I feel like whoever has to step up will, if that needs to be.”