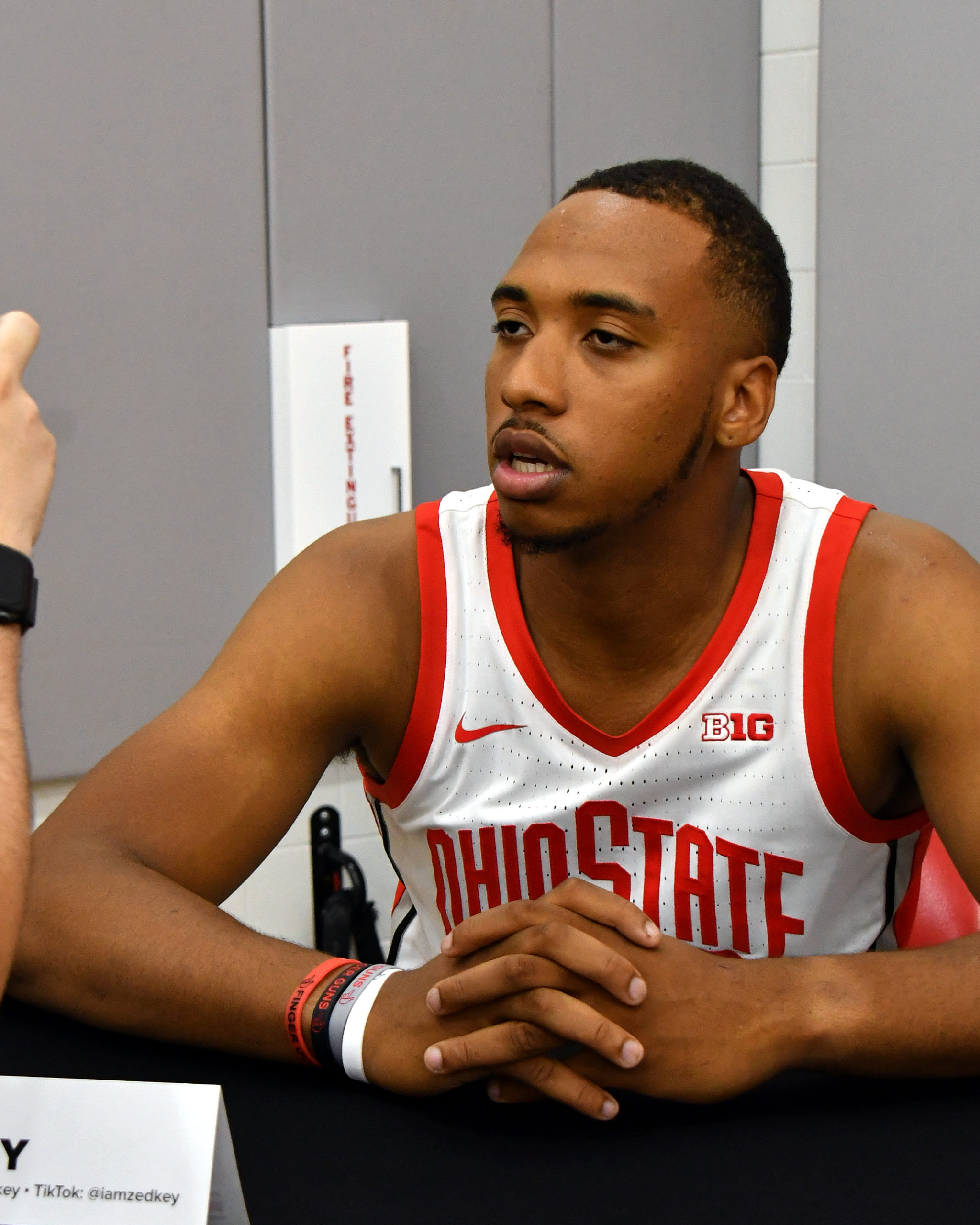 Ohio State’s leading scorer makes a whole lot of sense. E.J. Liddell, an All-Big Ten forward a year ago who returned to Ohio State as one of the nation’s top players, is the biggest piece of the Buckeye offense and has the 19.8 points per contest to prove it. He’s the unquestioned leader of the team along with forward Kyle Young, whose 10.6 points per game have him etched into the No. 2 spot after he tossed in 18 points for the Buckeyes against Towson on Dec. 8.

The No. 3 scorer, though? That one is a bit of a surprise.

Sophomore center Zed Key, all 6-8, 245 pounds of him, has developed into something of a rising star for the Buckeyes through ten games, averaging 10.3 points per game and serving often as a player in the middle that the Buckeye can rely on when they need a bucket. He played that role in an upset win against Duke and seems to be settling into more and more with each passing game – and he’s filling out as a true center for the Buckeyes in the process.

“He’s getting better,” head coach Chris Holtmann said of Key. “And all of those people, who are clamoring for us to have a center – please (be patient). He’s a young kid, he’s growing, but he’s a center. He’s 6-8, a little shorter than Terence Dials, but he has a 7-1 wingspan, he can score in the low post. He has to get more fit, but he can be a load down there. He needs to pass out of certain situations better, but I thought him playing 30 minutes speaks to his fitness level. He’s in the best shape he’s been in.”

Against Towson, Key served that same role, scoring 13 points but chipping in seemingly whenever the Buckeyes struggled to find a basket, including with a long mid-range basket to give them the lead entering the half.

“Zed came in and gave us a great lift tonight, especially in the first half,” Holtmann said. “He kept it a one- or two-possession game. He had some great finishes. He has benefitted from the shooting around him with some one-on-one coverage.”

As Key continues to develop Ohio State hopes that it can begin to flex one of the nation’s premiere frontcourt, featuring three entirely different skillsets in Liddell, Young and the big fella out of New York. Though, a bit less roof-raising may need to be in order.