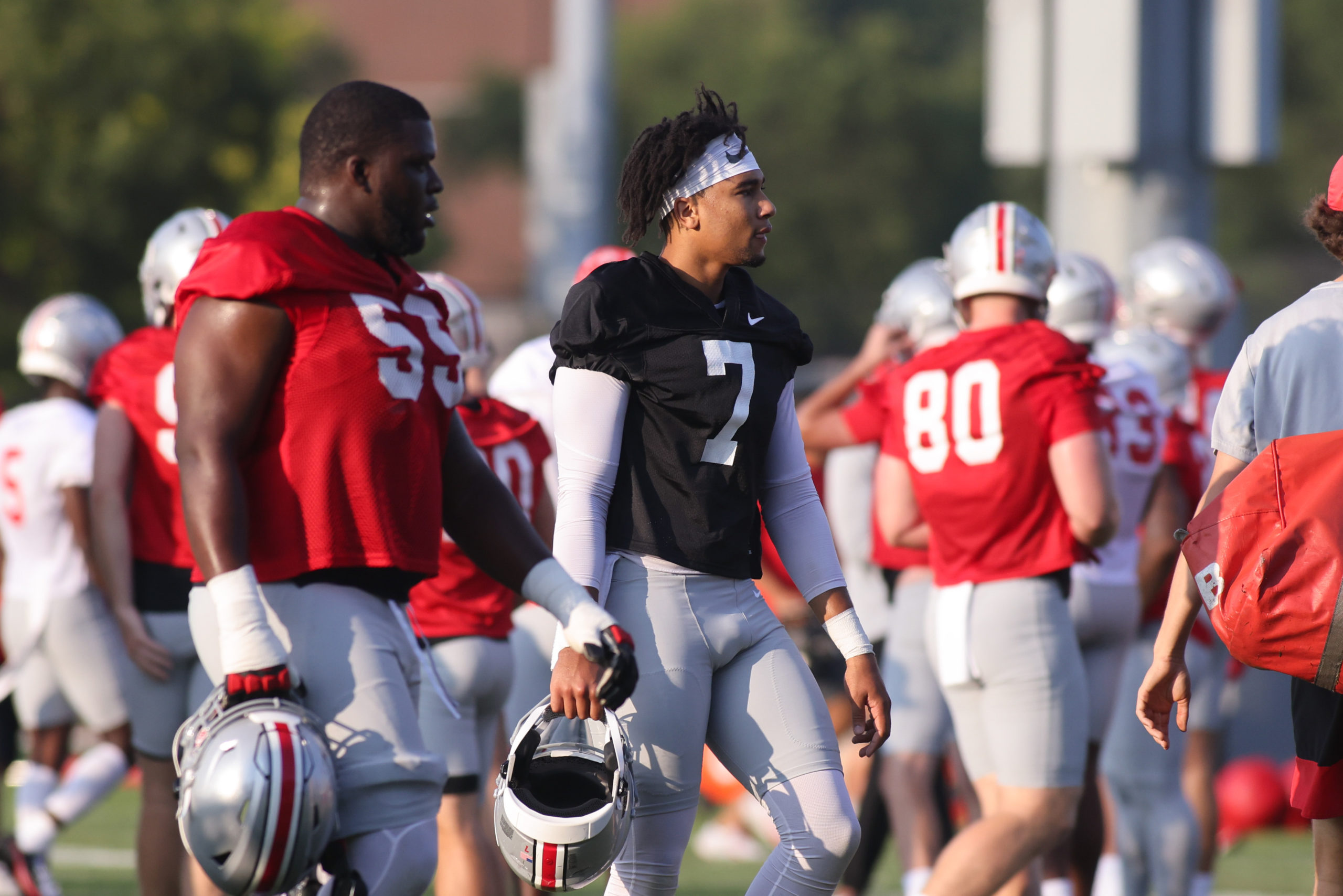 Ohio State will go another day without an official starter named at quarterback, but head coach Ryan Day identified the clear frontrunner in the position battle Monday.

Redshirt freshman C.J. Stroud, who has long been favored to replace Justin Fields under center for the Buckeyes, is beginning to take command of the position as camp wears on, Day said after practice at the Woody Hayes Athletic Center.

“I do think there has been a little bit of separation,” Day said. “I think that C.J. has separated a little bit here in the last couple weeks. We’ll see what this week brings, certainly not making any decisions right now. But we have seen a little separation.”

The Buckeyes held a scrimmage on Saturday, but Day said he will hold off on naming an official starter for the time being. Day said the practice reps have begun to skew toward Stroud a bit, although they are still being spread out among the group at present.

Day did not get into specifics about what Stroud has done to separate himself, and said it wasn’t any one thing in particular.

“I think it’s just over time, we’ve had 26 practices now when you include the spring and 11 now in the preseason. It’s just a body of work over time,” Day said.

Stroud, who said at the start of camp that he put on 20 pounds of muscle over the offseason, was the No. 42 overall prospect in the class of 2020, per 247Sports. Stroud was a four-star recruit out of Rancho Cucamonga, California.

“I feel like I’m very exciting to watch, I think I’m very intelligent when it comes to the knowledge of the game of knowing coverages and knowing blitzes, knowing defenses in general,” Stroud said on Aug. 4. “I think I’ve grasped this offense and put it into my own. We’ve switched the offense around a little bit since Justin left, since he was more of a runner than we are. So I think these are all things I will do well in this offense. I feel like I can throw the ball to anybody, I can run the ball on anybody –– I feel like I’m one of the best players in the country.”

Stroud was not the only quarterback in the Buckeyes’ 2020 recruiting class though, as fellow four-star prospect Jack Miller joined the program in the same cycle.

Neither Stroud nor Miller threw a pass last season, but each scored a rushing touchdown and had a chance to operate the Ohio State offense for a couple series.

Five-star true freshman Kyle McCord became the third quarterback to join the position battle this winter, but Stroud received the bulk of the team’s first-team reps in both spring in fall camp when practice sessions were open to the media.

On Sunday, the nation’s No. 1 overall recruit officially joined the Ohio State program, with five-star quarterback prospect Quinn Ewers reclassifying from the 2022 class to enter preseason camp eligible to play this season for the Buckeyes. However, Ewers’ late arrival won’t likely impact the starting job for week one at Minnesota.